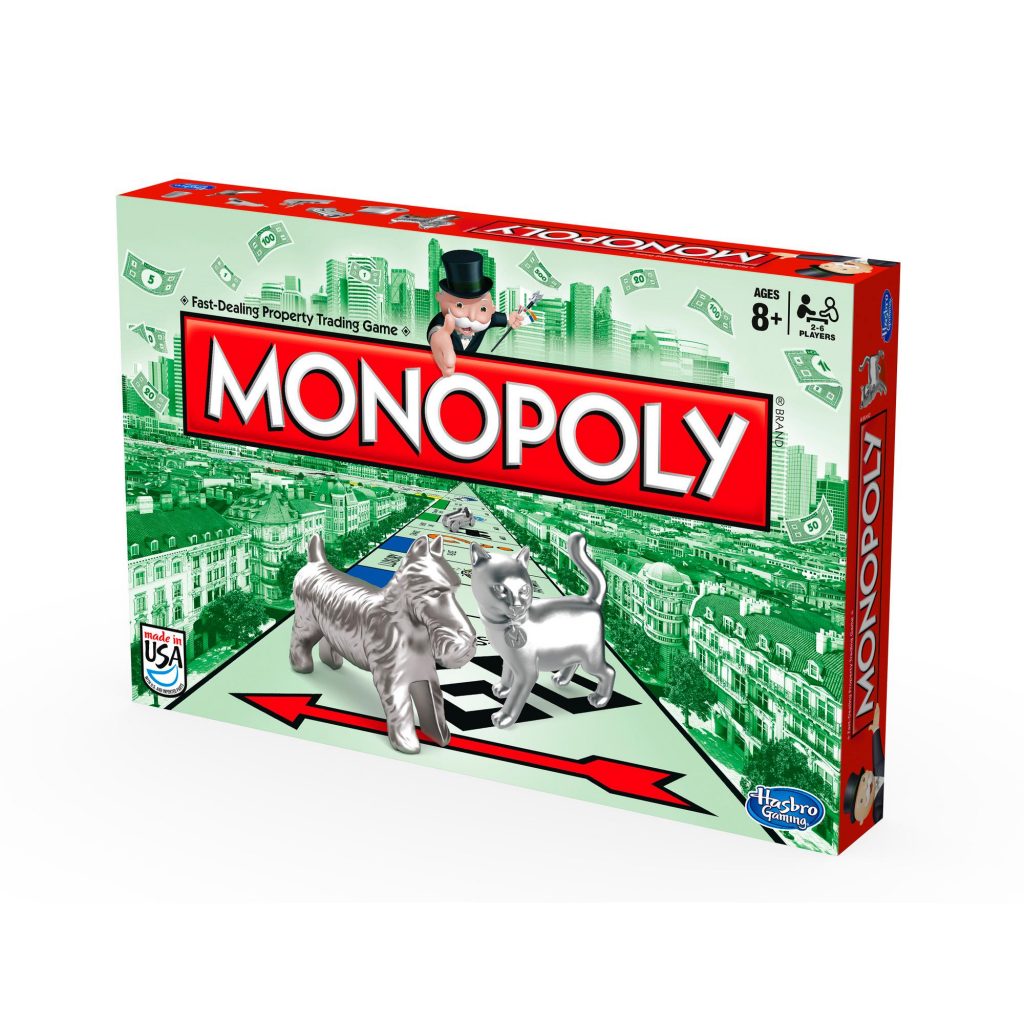 Are you ready to get totally stoked for the best game ever designed on the planet earth?!? It’s MONOPOLY time!!! Woot woot!

Monopoly is a thrilling real estate domination game for 2-14 players.

Jess: I love this game with all my heart. I have a Monopoly man tattoo and I play the game every morning before I wake up and in the evening just after I go to bed.

With lightning speed you’ll be rolling to see just how many amazing spaces you will go before finding out your ultimate fate. Will you end up on a chance space? Or perhaps an open bit of real estate just waiting for you to lovingly purchase it and erect the largest, most decadent hotel mankind has ever witnessed? You’ll feel your heart beat as you choose from the twelve tokens of awesomness: Wheelbarrow, Dog, Hat, Thermonuclear Thimble, some kinda Horsey-Man Mutant, hell there’s even an Iron! Not one of those plug in kind. Heck no! We only use old fashioned, heat ’em up on the stove irons here people!

Token at the ready, you’ll need to arm wrestle to see who goes first. Whomever loses the arm wrestling match becomes the banker and will cackle with glee as they embezzle as much cash as they can when no one is looking. If you get caught or are unlucky in your rolls you might end up in jail. The game rules say that the game must be paused for the unlucky criminal to complete their time unless it is a life sentence whereupon which the game can be played so long as the remaining players solemnly swear they will never steal again. (Of course that rule can be ignored for younger players as they’ll be back from juvie in no time.)

Andrew: I once spent two years with an epic Monopoly game on pause, because my Dad got caught stealing the car token.

If you manage to build up a small empire of hotels and near on bankrupt your friends with taxes, you can then go into the army-building phase. You’ll roll to see how many horse-man mutant soldiers you get and then face them off against your opponents. The person who commits the most mutants wins the conflict and must smack the loser in the face with an eel as was traditionally done in Victorian England where the game was originally invented.

Rob: I still have eel nightmares.

Eel slapping aside, once all but one player is fiscally and emotionally bankrupt the game ends and the winner gets the honor of flipping the table and declaring themselves king of Monoplolia, land of rich. It is customary for the losers to sigh in shame and collect up whatever remains of the eels, as no one wants those things just laying around. Remember to store your eels in the plastic Tupperware container that comes with every Monopoly box. If you need replacement eels, you can order them through the Hasbro website.

We adore this game and give it five April fools out of five!