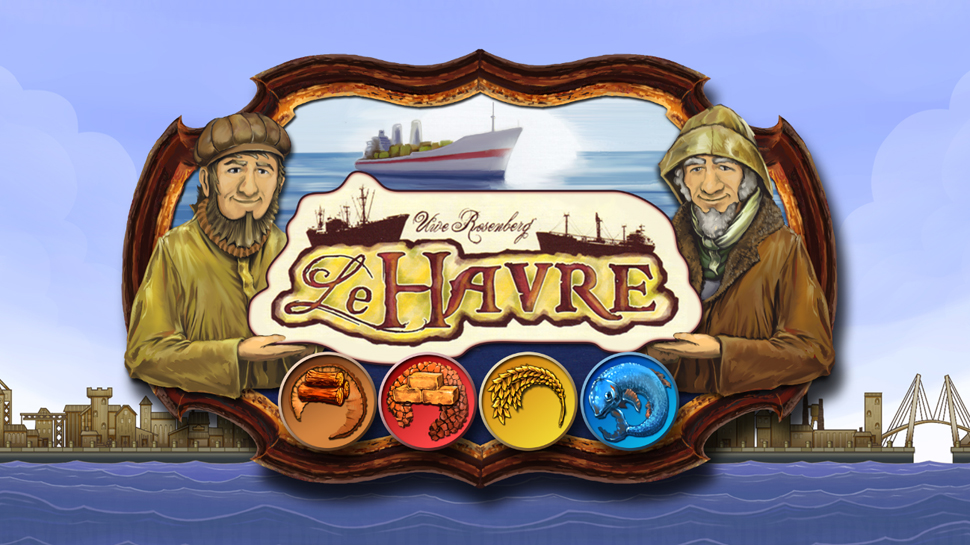 Uwe Rosenberg’s two-player resource management board game, Le Havre: The Inland Port, has been released for iOS and Android by Digidiced. Using your badass warehousing skills you will store Grain, Lumber, Fish, and Clay that can be turned into Francs or buildings. Each building has a special ability so strategizing over which buildings to construct is vital. Whoever builds the richest port wins!

Jess: Digital board games are a really cool way to play with your friends when they live far away. Some of my favorite people to play with, live on the complete opposite side of the country from me. So game like Le Havre: The Inland Port is a perfect way to get together.

The game has an AI player for those times when you want to practice or a multiplayer mode which lets you play several simultaneous asynchronous games. If you become a true mast of port building you can earn a place on the global leaderboards.

“We absolutely love board games. However, we don’t all have the time (or the room!) to get friends together for a game like we used to when we were kids,” says Felix Dreyfus, CEO, Digidiced. “When we were given the opportunity to bring one of Uwe Rosenberg’s award-winning titles to mobile devices, we jumped at the chance. We’re confident that board game fans will appreciate this deliberate, careful adaptation of Le Havre: The Inland Port.”