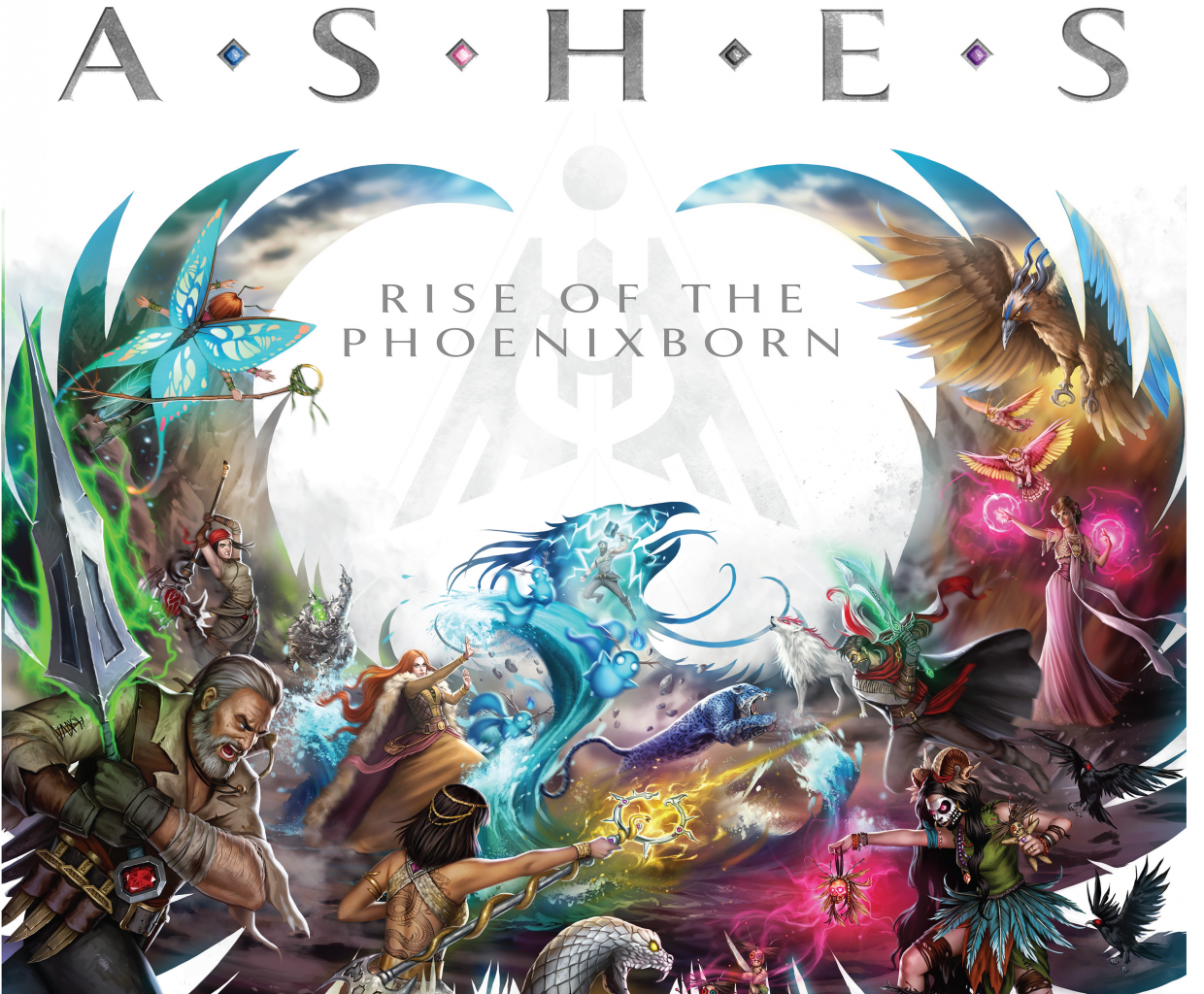 Jess: It looks like there is a ton of exciting stuff in the pipeline for Ashes Rise of the Phoenixborn! Plaid Hat Games has announced that they are going to be releasing Ashes Expansions, Exclusives, and Accessories as well as creating Organized Play.

We can expect to see the first Ashes Expansion Decks in late April of 2016. Plaid Hat will be accepting preorders come February for the mono natural magic deck, “The Frostdale Giants”, and a mono ceremonial magic deck, “The Children of Blackcloud”.

They will also have a webstore exclusive Phoenixborn Lulu Firststone card. After the release of these decks, Plaid Hat plans to put out a new expansion every 3 months. At the upcoming GenCon in August 2016, they are releasing illusion and charm magic mono decks and in November we will see the first new box set. it comes with 4 decks and two new types of dice, Sympathy and Divine magic.

Plaid Hat is also releasing their first Organized Play Kit. It will have: 12 alternate art Conjuration Cards for participants, 2 alternate art Phoenixborn cards, 1 Playmat, and instructions on how to access the current Tournament Rules, FAQ, and other info to help you get started. In the meantime you can check out www.plaidhatgames.com/AshesOP for current info on Organized Play.

There will also be official Ashes Tournaments at Origins and Gen Con and Plaid Hat is partnering with Team Covenant to have an Ashes Expansion Launch party April 15th – 16th in Tulsa, Oklahoma. There will be a ton of giveaways, designer Isaac Vega and Artist Fernanda Suarez will be there to sign your stuff, and you’ll get to check out the upcoming Frostdale Giants and The Children of Blackcloud decks early! You can find out more starting early in 2016 at www.teamcovenant.com.

Looks like it is time to grab yourself a copy of Ashes if you haven’t already done so!