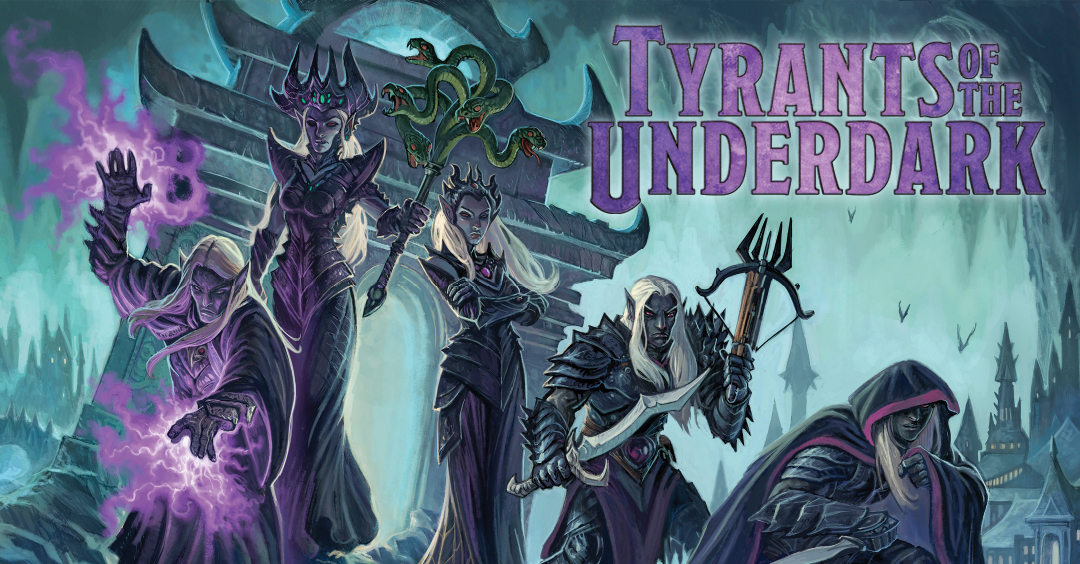 Peter Lee, game designer at Wizards of the Coast, is giving us the chance to stretch our bad guy muscles. He said, “I always wanted a D&D game where you played the ‘bad guys’, as that brings in some of the best parts of D&D: the monsters!”

Wizards of the Coast and Gale Force Nine have announced their next Dungeons & Dragons board game, Tyrants of the Underdark. Due out in Q2 2016, the game will play as a deck-building, territory control game. Everyone plays a different house of Drow, composed of a deck of minion cards. Minions will come from five different aspects of Drow society and have powers that will guide your strategy. For example: Malice minions are great at killing your opponents troops, Guile minions are great spies, and Ambition minions are top notch at recruiting other minions. As the dastardly Drow, you’ll swing your power around to recruit your army, expand your territory, kill enemy troops, and manipulating events from the shadows.

Lee says: “If you describe the game as an engine building game, your deck is your engine and the game board is the road that you’re driving on. You’re starting deck consists of basic Drow minions, which provide the two resources of the game: power and influence.”

Jess: This looks like a fun twist to the D&D board games, which are usually tile-laying dungeon crawlers. I’ll be curious to see how it plays.

The game will be in stores this upcoming spring for $69.99. You can read more about it in Dragon Magazine.