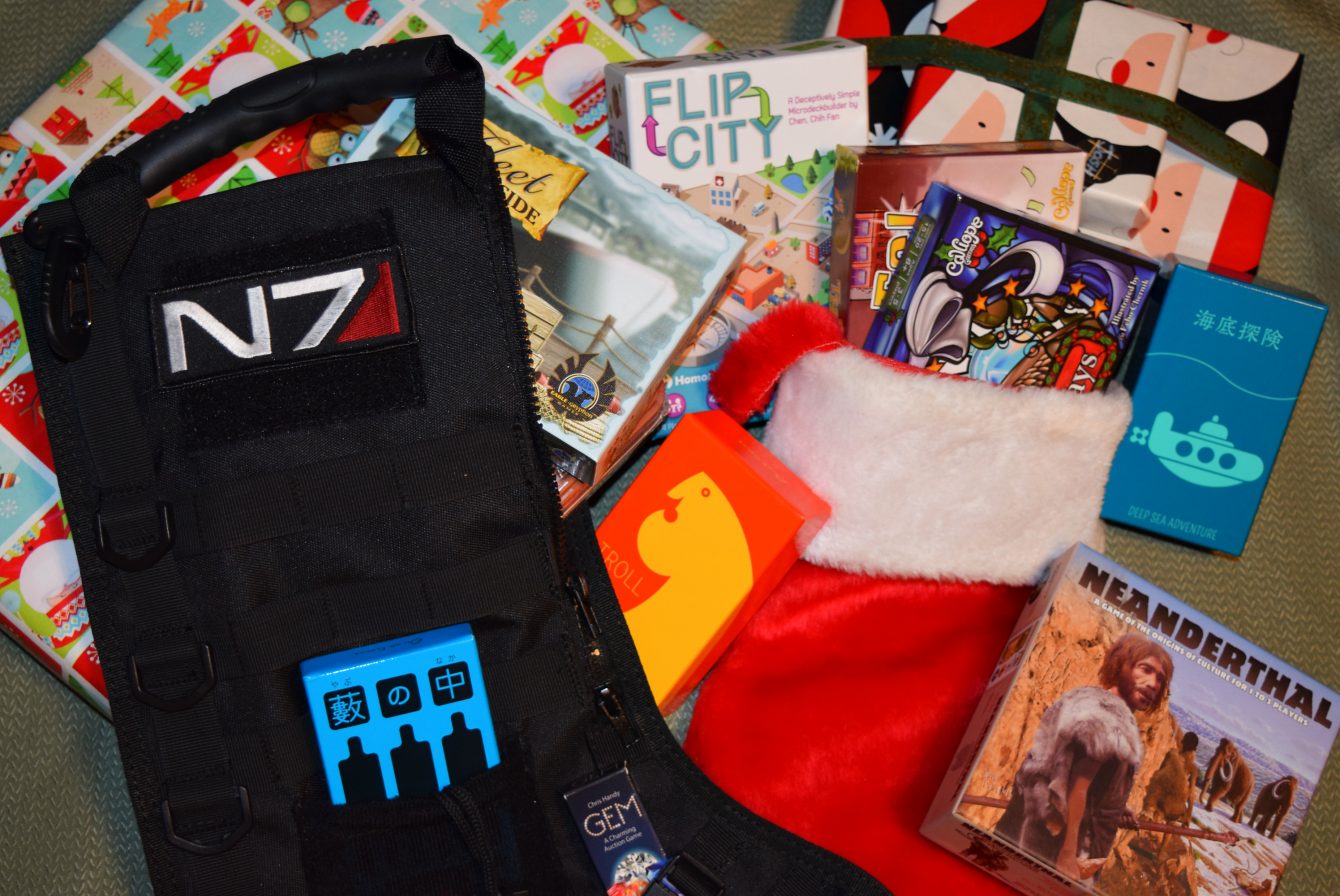 There are precious few shopping days left before Christmas, you’ve allocated your workers to shopping and wrapping, but wait! Lo and behold you forgot to get that special gamer something for their stocking! Heavens to meeples!

Jess:  Ah, the traditional sound of the frantic last-minute shopper…

What will you do?  You’ll get something off our awesome stocking-stuffer list and get Amazon to overnight it to you!

Perfect for:  Flipping enthusiasts, People with good luck, People who want to come just one more card away from winning OH COME ON! 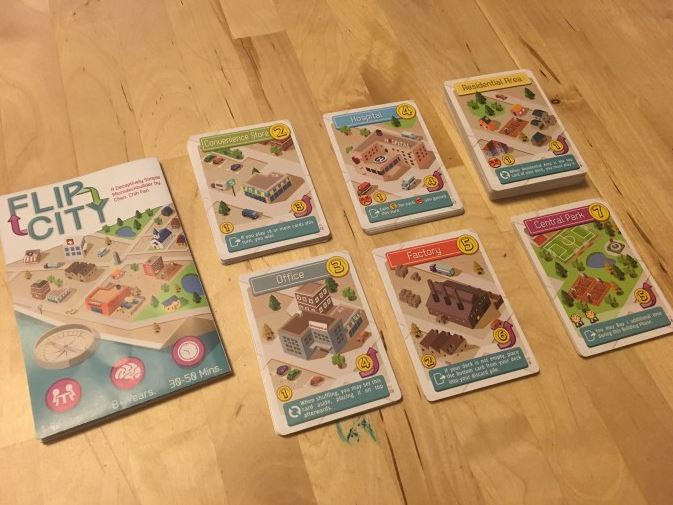 Flip City from TMG is a tiny-boxed push your luck deckbuilding game with a neat mechanic – the cards are double-sided, with each side having different benefits and drawbacks.  At the heart of Flip City’s gameplay is knowing when to upgrade your cards and when to flip them back.  Rob did a full review of it, but we can tell you it makes for a great little stocking stuffer!

Perfect for:  Building enthusiasts, People who like more solitary gameplay, People who are good at handling union representatives 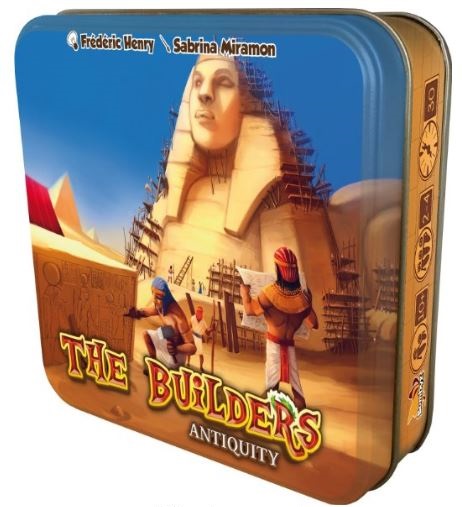 As was the case with the original that we highlighted in our Games to Go article last year, The Builders: Antiquity is the recent sequel to The Builders: Middle Ages that features fun, straightforward worker placement in a small tin.  Each turn, you will hire workers into your crew and assign them to one of the building contracts you have secured.  Once the requisite talent is assigned to a building, it gets built and you are showered in praise and cash!  Antiquity differs from Middle Ages with the addition of prisoner workers, tools, and character upgrades, giving you even more options in gameplay.  It’s fairly straightforward and a bit solitaire, but is extremely playable and lots of fun. 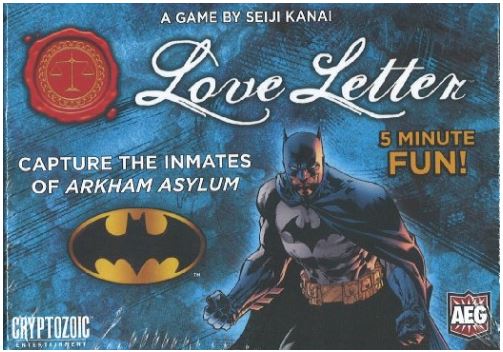 We love Love Letter and we love Batman, so this one just makes sense.  A quick-playing bluffing game packed in a tiny container, the Batman-themed Love Letter isn’t so much a variant (the gameplay is basically identical to the original) as it is just thematically cool.  And if Batman doesn’t do it for you, check out our video review of several of the alternatives!

Perfect for:  Wharf enthusiasts, People who like fishing games but not actual fishing, People who think fish make some sort of ideal currency 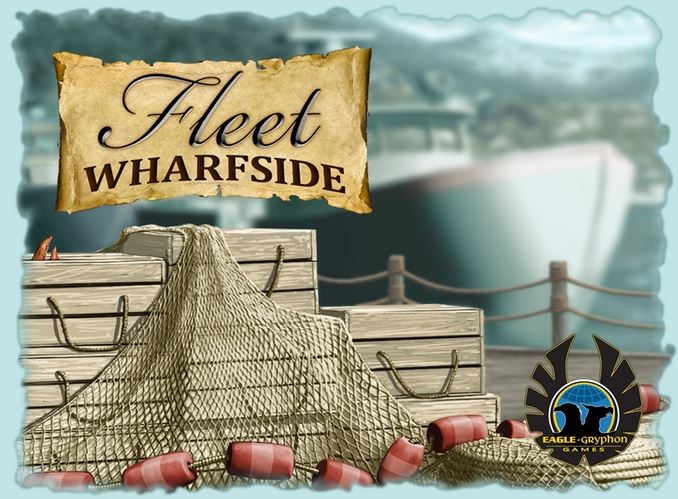 Despite the fact that absolutely none of us fish, we just can’t get enough of Ben Pinchback and Matt Riddle’s fishing themed games.  And while we absolutely adore Fleet, Wharfside is far from it’s annoying little brother.  Smaller, quicker, and lighter, Wharfside still presents a fun set collection and marketplace mechanic, as we covered in our preview for the game’s Kickstarter.  Don’t let this one be the one that got away!

Perfect for:  Gift-enthusiasts, People who like attractive seasonal art, People who can see 12 Days imagery without being forced to sing the song 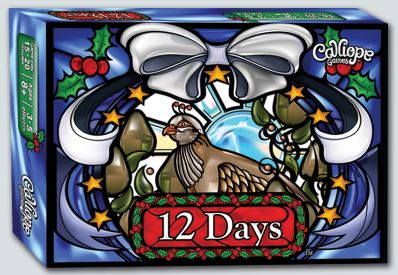 Seasonally themed (and gorgeously illustrated), 12 Days is a trick taking game that the whole family will be able to get in on.  Players will pass gifts (cards) back and forth before playing a single card from their hand, trying to be the one to play the lowest and take the trick.  Once 12 rounds have been played, scores are calculated and winners are declared! 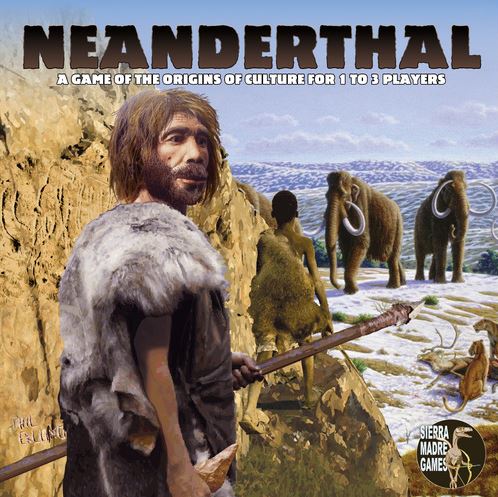 Neanderthal is an absolutely fascinating game of tribal evolution in the days of prehistoric man.  We are working on a full review of it (if we can get Rob to stop playing it long enough to actually write the review), but what is clear is that it is a uniquely thought-provoking game with many fascinating choices to be made.  Will you develop a monogamous tribe of hunters, or will you encourage other breeding and survival strategies?  A truly unique-feeling game (with a slightly odd player count), Neanderthal might be that hidden gem for a gamer’s collection.

Perfect for:  Crime-enthusiasts, People who love it when a plan comes together, Criminals 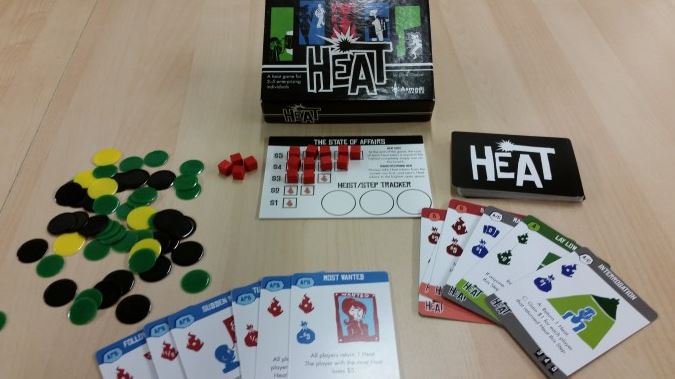 We love Heat (as you can see from our review) and we think it makes a great stocking stuffer.  As a group of rival criminals, each player will plan heists and grab cash, trying to be the richest criminal by the end of the game.  But look out for the cops – too much heat is just bad for business.  With a low price and a lot of gameplay for such a small box, you just can’t go wrong with Heat!

Games from Oink, a Japanese game publisher who also originally published Welcome to Dungeon (also a great stocking stuffer), have recently become more widely available here in the west.  Initially only available as a direct import, several of Oink’s best games can now be found on Amazon.  They share several traits that make them perfect stocking-stuffers; they are small, they are reasonably priced, and have nice components.  Here are a couple of our favorites.

3-6 players, Push your luck, Pick up and deliver

Perfect for: Treasure enthusiasts, Oxygen haters, People who love destroying any chance of us all making it back to the submarine what the heck where you thinking?!? 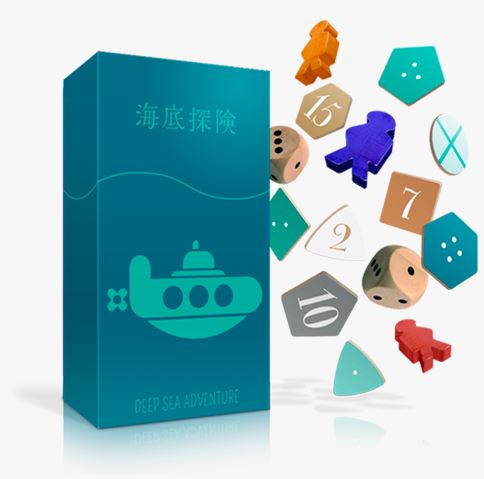 In Deep Sea Adventure, players are divers all trying to collect the most treasure.  Leaving their submarine, they will roll the dice to move down the path into the ocean depths (and the deeper you go, the more valuable the treasure).  However, as soon as someone picks up some treasure, the precious oxygen supply begins depleting – a supply shared by all.  Each player must race to gather treasure and make it back to the submarine before the air runs out, lest they lose all they have gathered.  A shockingly hard game for such a tiny box, you will find yourself yelling at your friends as they insist on picking up one too many treasure tokens and dooming you all.  It’s great fun! 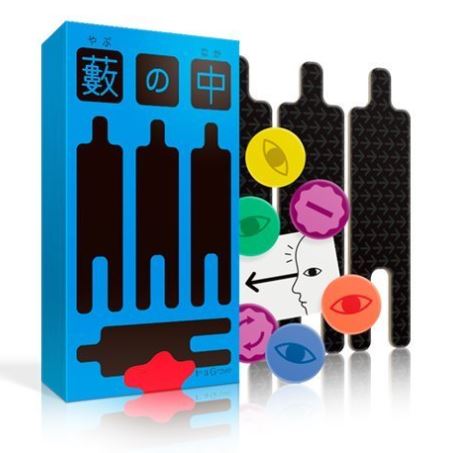 In A Grove is a rather interesting game.  Using a very limited number of components (seriously, the box is tiny), it sets up a murder scene, along with three witnesses.  One of those witnesses, the one with the highest number, is the murderer.  Each player will only get a limited amount of information; who they themselves are, who the person next to them is, and two of the witnesses.

Using this information, players will make accusations as to who they think is guilty…but they don’t need to be correct – they simply need to get other players to agree with them.  Once everyone has made their accusation, the truth is revealed, and anyone who accused the culprit correctly gets their blame tokens back.  However, the last person who accused an innocent man gets all the tokens in that stack.  The game continues until either someone has amassed 8 blame tokens or someone has given away the last of their tokens, at which point the person with the fewest tokens left is the winner.

Andrew:  Well, there you have it.  A pile of last-minute games, perfect for stuffing the heck out of those stockings.  One day, I will definitely start my shopping sooner than this.

Jess:  Unlikely, but hey, these results are pretty good!