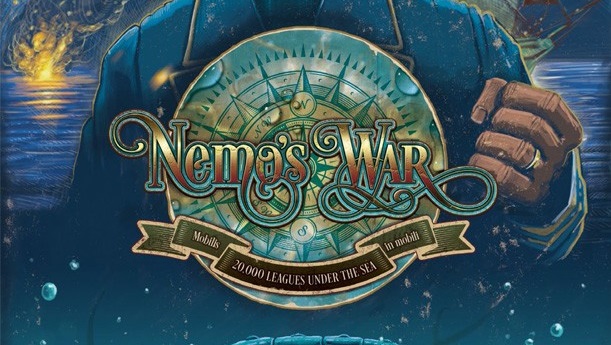 When I was a kid, Disney Land still had the Twenty Thousand Leagues Under the Sea attraction, and I wanted nothing more that to ride around in the Nautilus all day. I saw wondrous fish and mermaids in the dark depths of what turned out to be a surprisingly small pool (but my childish heart delighted in it all the same). To this very moment, I still wish I could have gotten a job as one of the mermaids who waved at passengers as they floated by. Alas, the ride no more, but I can still get my Jules Verne-inspired action with Nemo’s War 2nd edition by Victory Point Games! 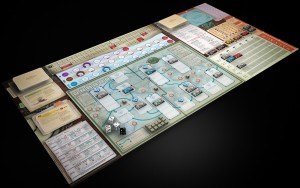 Jess: Nemo’s War is a single-player…

Rob: Did I hear someone say ‘single-player’?!?

Jess: Nope. Go on back to your games…

Nemo’s War 2nd ed. is an adventure board game where you will face off against other ships, exploring the world, and becoming the most notorious captain ever to sail the seven seas. The original version, by designer Chris Taylor, was only a paper map full of charts and tables, but the second edition of this game has a lot packed into it: a map, Nautilus token, Upgrade cards, Finale cards, Adventure cards, wooden cubes, tokens and markers out the wazoo, Crew tiles, dice, and whatever additional components come from the stretch goals.

If you watch the tutorials you can see it is a bit of a space hog, but that means that it has a lot to experience, including four objectives, three levels of difficulty, and a multitude of other gameplay options. The game comes complete with awesome artwork by Ian O’Toole and quotes from the book, making it feel much richer and closer to the source material than the original edition. 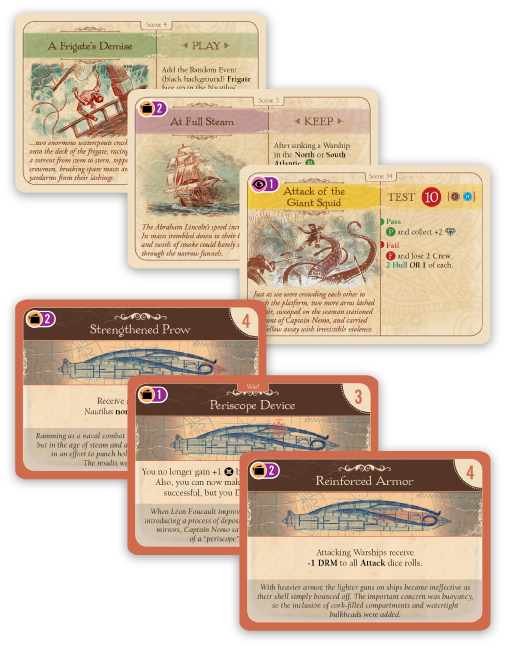 The stretch goals look pretty awesome, too. Many of them add more upgrade and adventure cards and when they hit $54k, Victory Point is adding super cool Nautilus mini! 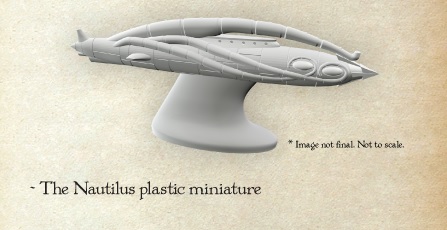 Jess: For a pledge of Pledge $56 or more you get a copy of Nemo’s War 2nd ed. plus a Kickstarter-exclusive enamel pin, which is set to deliverer in Nov 2016. It looks like it could be the perfect Christmas present next year for your favorite solo gamer.  Just don’t tell-

Rob: I swear I heard someone say ‘Solo Gamer’…

Jess: IT WAS THE WIND OR SOMTHING!…(he always buys games before we can get them for him!)

So unless you’re Rob, head on over to Nemo’s War 2nd ed. Kickstarter to pledge now!