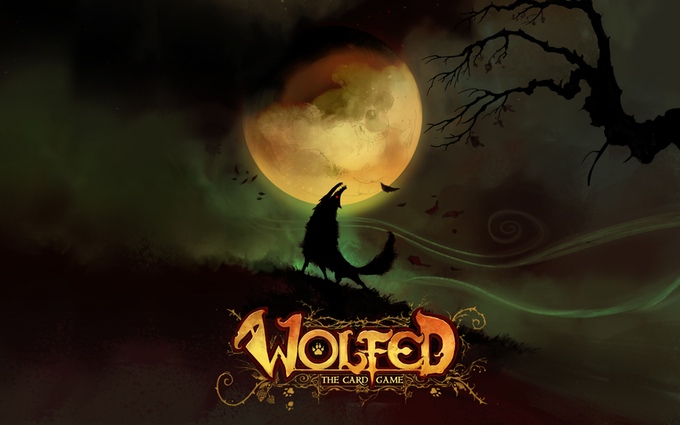 Nikolay Nedev has created Wolfed, a hidden roles game based on the same mechanics as Ultimate Werewolf and its ilk. As with other hidden role Werewolf games, you have the night cycle, where werewolves eat a villager, and day cycles where panicked villagers try to figure out who are the werewolves and lynch them. If the number werewolves ever equals the villagers the mangy beasts win. The game comes with a large number of roles including 12 Villagers, 8 Werewolves, the Alpha wolf, 4 Vampires, Seer, Hero, Little girl, Princess, Herbalist, and more. For about $22 you get the Hunter’s Catch pack which comes with a copy of the game, rule book, and digital art book, but if you up your pledge to $32 you get the expansion packs which add more roles and special event cards. 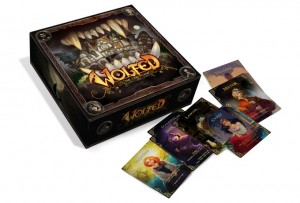 Jess: I really don’t know how I feel about Wolfed. The art is spectacular and I know the mechanics of it work as a game, because I have played Ultimate Werewolf  and that’s just it. This game is so similar to Werewolf. It not only uses the same mechanics, it also uses the same theme. Just look at the rules of the hunter card. 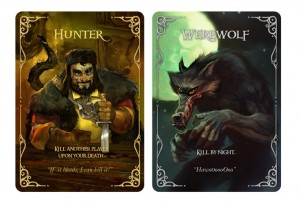 They are exactly the same as the rules for the Hunter in Ultimate Werewolf. I don’t know enough about copyright for board games so I feel uneasy about the comparison between the two games. Where is the line between copying and in the same vein?

On the other hand, there are some differences. The vampire card rules have you attacking every other night instead of the (Ultimate Werewolf) rules which have you  attack another player each night and they die if there is a nomination the next day. 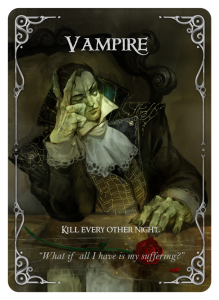 There are also special event cards that add new rules to the game. Not having played Wolfed myself, I cannot say how much they change the game, but I do like that they alter the play style. That does give it another level of separation for Ultimate Werewolf, but I am bummed that events are not a part of the main game. 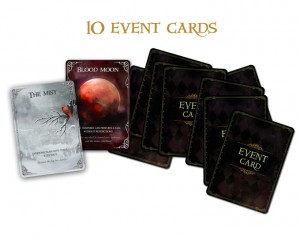 All in all…I don’t know. I don’t know if there is enough to make Wolfed different from Ultimate Werewolf, but I also don’t know if it matters. The game is funded and has been killing its’ stretch goals. Wolfed is beautiful and obviously another take on a successful game. I say if you like the look of it and either don’t have Ultimate Werewolf or want a new way to play it, then go back this game. I’ll be sitting here debating with myself on backing it for a little while longer. You can check out the Wolfed Kickstarter campaign here.