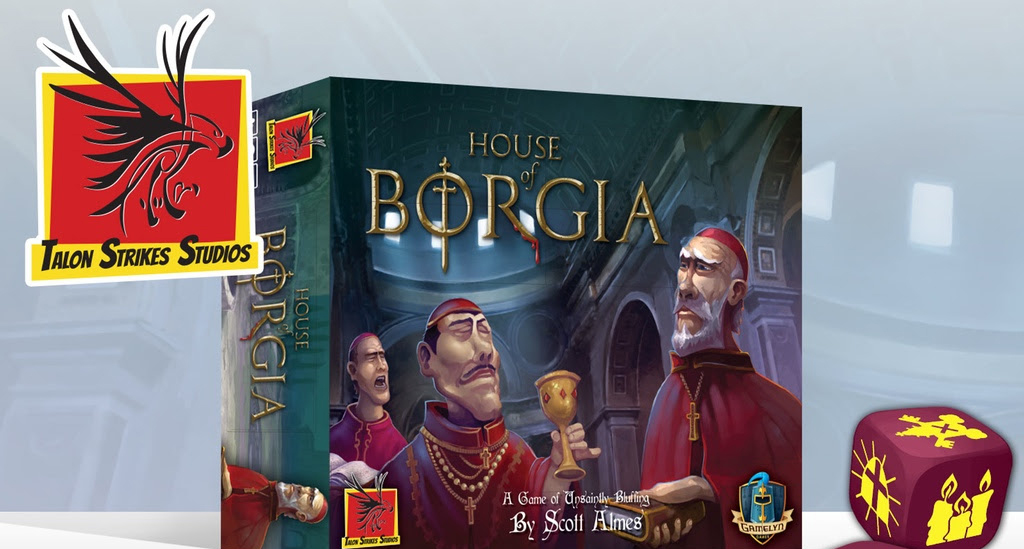 Who will be the next Pope? Well the Borgia family is helping a few Cardinals do everything in their power to get themselves a big fancy hat of their very own! Whomever controls the spice controls the Pope… Wait, I think I mixed up my quotes… 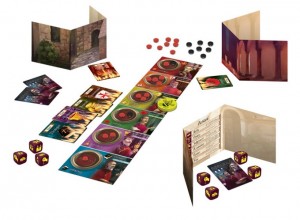 Scott Almes, the man behind the Tiny Epic series, is Kickstarting his new game House of Borgia. It is a dice game for 2-6 players that uses hidden roles to compete for influence. The Cardinals will be laid out between the players and actions will be played on them to change their influence level.

You will manipulate the Conclave with things like bribes, poison, and nasty rumors, but if anyone sorts out which Cardinal you are supporting, the jig will be up, and you won’t be able to win. If you make it to the end of the game and control the Cardinal who has the most influence, you win!

Jess: I’m a big fan of Scott’s games and he always manages to pack a ton of fun into his Tiny Epic series, so I have high hopes that this will be a light, fun hidden roles game.

For $35 + shipping you get one Copy of House of Borgia with all Stretch Goals that are unlocked during the campaign. If you want a super-deluxe version, you can pledge $350 and get the custom handmade box. The box copy in this reward will be signed by Scott Almes and you will be credited in the rule book as a Honorary Producer. The game will be published by Gamelyn Games and Talon Strikes Studios. If you want to get in on the Popeing action head on over to the House of Borgia Kickstarter and pledge today!