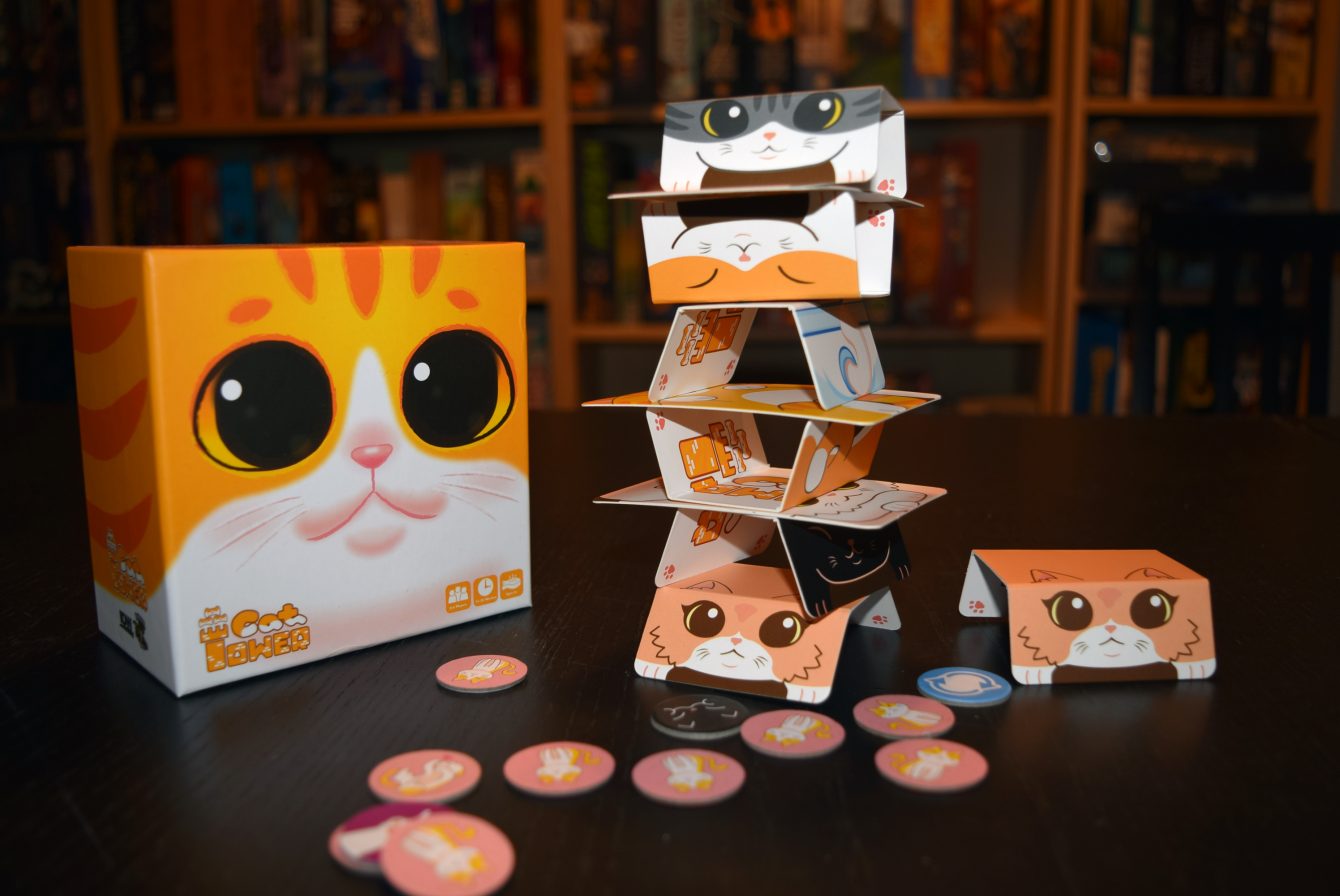 Jess: Do you have so many cats that you are running out of space for them? With Cat Tower, a new cat stacking system, you can easily arrange your cats into organized sets for optimal storage. For less than $20, you can stack cats to your hearts delight!

Diana: Why are you talking like you are in an infomercial? You know this is a written review right?

Jess: YOU CAN’T CRUSH MY DREAMS!!!

Cat Tower, by Pandasaurus Games and IDW, is a quick-play dexterity game for 3-6 players. It is a kitty catastrophe as Catty Fatty, an unstoppable eating machine, has discovered a dried fish that hangs from a high shelf. In order to reach it, he has convinced his other kitty friends to climb on each others backs until they are tall enough to reach. To play the game, each player will get a hand of seven cat cards. On your turn you’ll roll the chunky cat die and take whatever action it shows. 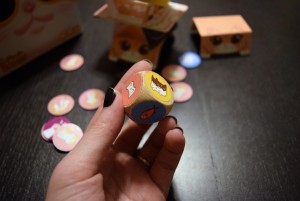 The main action of the game is taking cat cards from your hand and stacking them atop one another in a teetering tower of cuteness. If you manage to get rid of all of the cats in your hand you win, but if you knock down the tower you must take two cat cards and addition cards if any tokens get knocked off of the tower.

Diana: You can also play “Rush for the Fish”, where everyone builds their own stack of 7 cats as fast as they can. Whoever finishes first must balance the cat die on top of the stack and if the tower stays standing they win!

Jess: The game is so simple a four-year-old can play it, but that doesn’t make it any less fun or goofy for a bunch of adults. It kept us busy for 15 minutes while the boys debated box sizes.

Diana: Don’t bring that up they might hear you…

Jess: Overall my only complaint with the game is that you have to bend the cat cards. I worry that the cards will eventually wear to the point that they no longer stay bent and I won’t be able to play the game, but it is cheap enough that I probably won’t mind buying it again it that happens. I mean, who can resist that face staring up at you from a lonely shelf at the board game store…OH GOD I HAVE TO ADOPT THEM ALL! 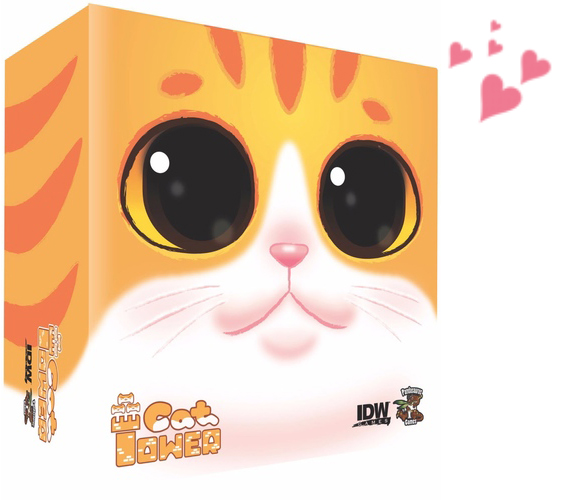 You can adopt your own Cat Tower on Amazon now!

(Thanks to IDW for sending us our adorable box of feline cuteness for review.  If they hadn’t, we would have gotten it anyway, because LOOK AT THE KITTYBOX!!!)