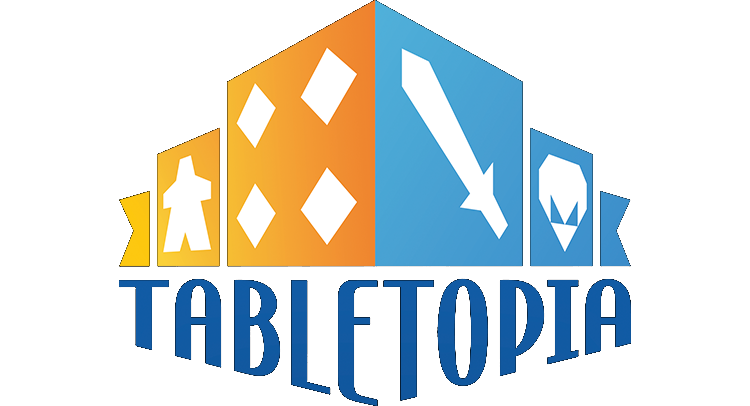 Andrew: I really wish there was a way we could play board games with my friends who have moved away.

Jess: Good news! you can!

After college many of our friends scattered to the winds, so getting to game with them is rare and precious to us. It would be fantastic to have a way to hangout with them in real time and play our favorite games without having to manage mobile devices or setting up a webcast. Tim Bokarev, Artem Zinoviev, and Dmitry Sergeev have created a platform, called Tabletopia, which addresses this exact problem!

Tabletopia is a fully-rendered 3D board game physics engine that runs in your browser. In the future, Tabletopia will be playable on Mac and tablets as well as PCs. It is currently in beta testing, but it already offers a lot. Board game companies can submit their games to the site and players can access them digitally. This is also great for designers who are looking for playtesters around the world, as they can upload what they have and change rules or components on the fly without having to produce costly prototypes.

Already, one can choose from a library of over 200 hundred games. Each one lists its age range, required players, expected time to play, and a short description. Once you create a room, you can invite your freinds to play. They do not need a Tabletopia account; you can just send them a link and they will be able to join your game! Simple. People can also join your game as observers if they just want to watch.

Andrew: That’s not creepy at all…

The system automatically sets up the game for you, but you can control everything else. As I said earlier, this is pretty much a physics engine. The board and all of the components are made available to you, and can be manipulated in many standard ways. You can roll dice, flip cards over, place tokens, change your score counter, and more at any time. If you leave the game on Free-for-all, you can even mess with the board when it isn’t your turn. 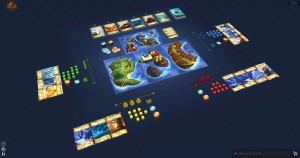 Jess: This can turn into a real trollfest if your friends start moving your stuff around and laughing manically.

Andrew: Look, I said was sorry.

To keep your sanity, you can switch to Turn based mode which restricts players to only being able to affect things on their turn. You can even set a turn timer or set the game to Free-for-all and take someone’s turn for them if they vanish into the ether. This keeps the game from getting stalled out, but is also a magical amount of power for the game master to wield.  Use for awesome, not evil!

Tabletopia looks amazing. The board game art is really high quality and the pieces move like their physical counterparts. One thing that gets to me though, is that the rules for games are not accessible while in-game. You have to have a separate browser open with a pdf of the rules. However the Tabletopia team has reported they are working on this, so I think it won’t be an issue for long. 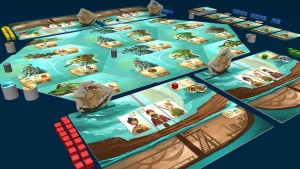 Andrew: Even though it doesn’t turn board games into video games, with intelligence and automations, it is a way for people to play a game together who aren’t in the same physical space. Sure, they have to know the game and they have to be sort of meticulous about how they interact with game elements, but the ability to play a board game with a friend halfway across the country is awesome. The more it develops, especially if there is some way for game devs to model some intelligence and automations into their games, the better it will get.

Jess: Overall, the system is pretty slick. The Tabletopia team has announced that they are releasing the platform on Steam very soon and will now include new features like invitations and player-matching. 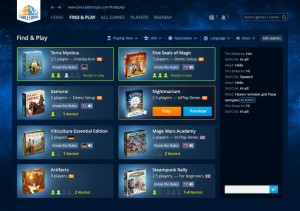 Tabletopia users will get early access on Steam for free, while everyone else can pick it up for $9.99 on Steam towards the end of the month. You can check out more info on the Tabletopia website.

(Thanks to Tabletopia for hooking us up with some access codes for review purposes.  Our opinions weren’t influenced by their generosity)