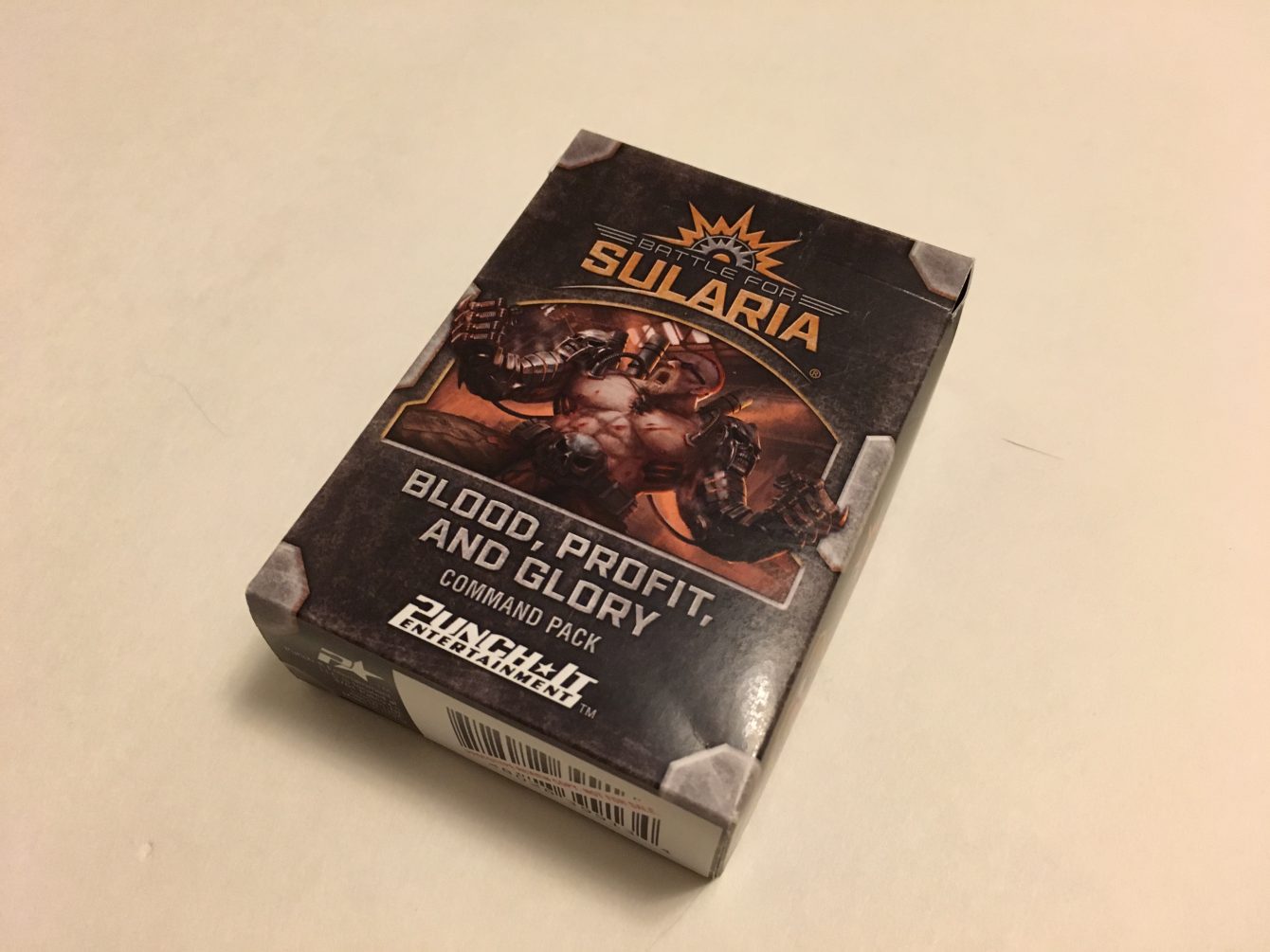 We might’ve just reviewed Battle for Sularia from Punch-It Entertainment, but we’re not done yet. Oh no, certainly not. Because it turns out there’s an expansion up on Kickstarter right now!

The faction-specific cards are alright, though several of them seem like they belong in the base set; stuff like the Jotune “From Whence Thou Came” tactic card that can force an opponent’s Combatant back into their hand, or the Synthien “Shield Generator Installation” that gives all other Synthian sites in play an additional 2 defense (the antithesis of the “Experimental Weapons Base” and its +2 attack to all Synthien sites) are pretty standard fair that could easily have appeared without the need for an expansion to bring them in.  But it’s good to get them now.

There are some that are a bit more interesting though. I do like the Synthien “Projectus Immunis” combatant, who can shield one other combatant you control from all damage for one turn, and the Jotune “Sword of Hrothgar,” which gains more and more attack power the more copies of the card you have in play.

What really makes the Blood, Profit, and Glory expansion exciting are the Mercenary cards. They each add cool and interesting tactical possibilities, plus either faction can use them. My personal favorite is “‘Gunslinger’ Johnny Cache,” both because of the terrible pun and because he can attack on the same turn he comes into play and because his Bounty ability allows him to get exponentially stronger whenever he personally defeats an opposing combatant. “K.Y.Z.R. ‘Omega Experiment’” is another cool card, which isn’t all that special when it first comes out but can temporarily copy another combatant’s stats and abilities (so long as you’re willing to discard the copied combatant). The only one that kind of bugs me is “Dr. Lehner ‘Time Hopper.’” It’s a card that exists purely to give you an extra turn (i.e. skipping your opponent’s turn), and I’m just not a fan of stuff like that. At least using any of these cards is optional, so you don’t have to do something jerky like that.

If you’re already enjoying Battle for Sularia, then definitely head over to Kickstarter and check out Blood, Profit, and Glory! Which cards are you most looking forward to adding to your arsenal?