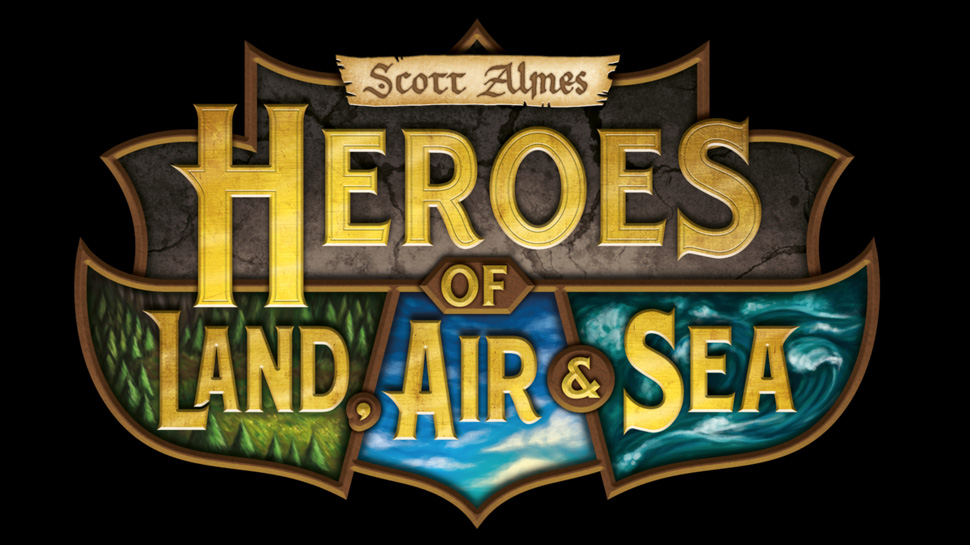 We are big fans of Gamelyn Games‘ Tiny Epic Series (Kingdoms, Defenders, Galaxies, Western), so it’s awesome to hear that they are once again partnering with Scott Almes for a big box game called Heroes of Land, Air & Sea. It will be a 4X-style board game (Explore, Expand, Exploit, Exterminate) for 2-4 Players, where everyone will control factions in a war between orcs, humans, dwarves, and elves. 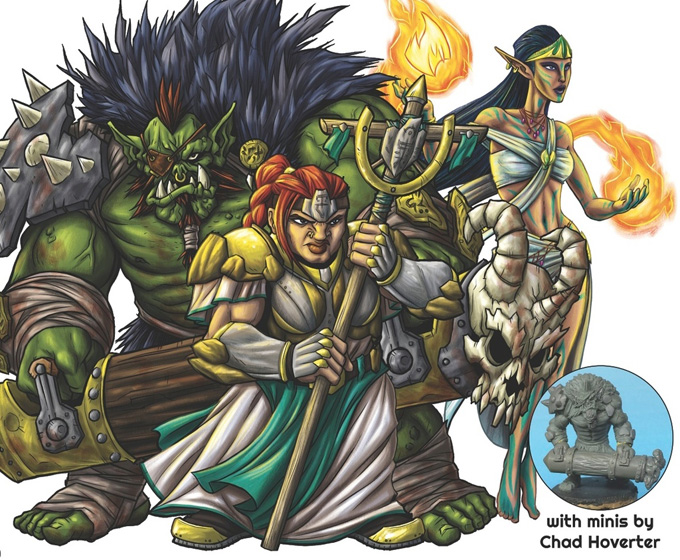 You’ll start with only a few peasants and one intrepid warrior, so you’ll need to spread your influence and upgrade your units to bulk up your army.  Manage your resources well and you will eventually hit milestones which will unlock advantages like transportation vessels and creatures to ride, making it easier to travel across the board. When you do run into another player you will fight using tactics cards. Depending on which units you send to battle, you will have access to different tactic cards. Selecting your units is crucial not only to battle, but in everything you do. Peons can be used to build, explore, fight, and expand. Know when and where to use them can be the tipping point for the game!

Jess: The game features some awesome looking minis by Chad Hoverter of DMG Miniature Factory. I absolutely adore the Mice & Mystics minis he’s created, so I am super excited about the Heroes of Land, Air & Sea miniatures. They are going to kick ass!

Sadly, we are going to have to wait a while for this cool area-control/resource management game to come to Kickstarter. Heroes of Land, Air & Sea isn’t set to go up until Jan 26 2017.