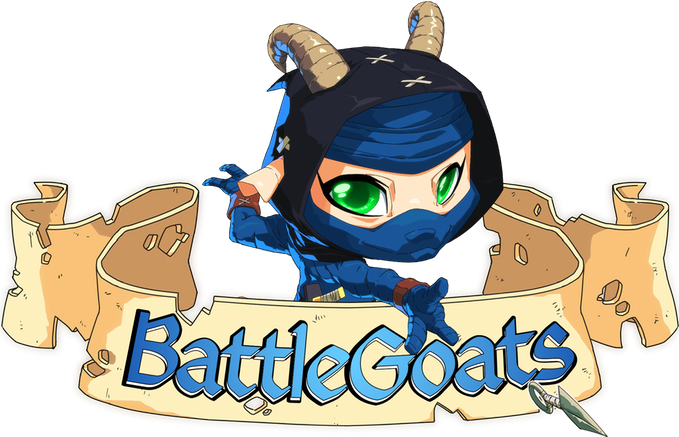 Goats! Board gamers demand more Goats! Or at least it seems that way and Card Lords is happy to supply!

It is the last few days of Card Lord’s Kickstarter campaign for BattleGoats, a 2-6 player game that merges games like Memory and War to create a Goat filled head to head game. In BattleGoats everyone is playing as “heroes” who have mysteriously appeared in the land of Goatopia to wage war against each other. The Goatopians have decided to ally themselves with certain heroes and join them in battle!

Jess: This is kind of a neat turn on the idea of other monster-battler games. Instead of enslaving small animals to do your bidding, they have voluntarily joined your cause. Yay for self-actualized goats!

During the game, players will create their army from one hero and 8 random goat cards. Then everyone will lay out their 9 cards face-down in a 3×3 grid to form the battle ground. 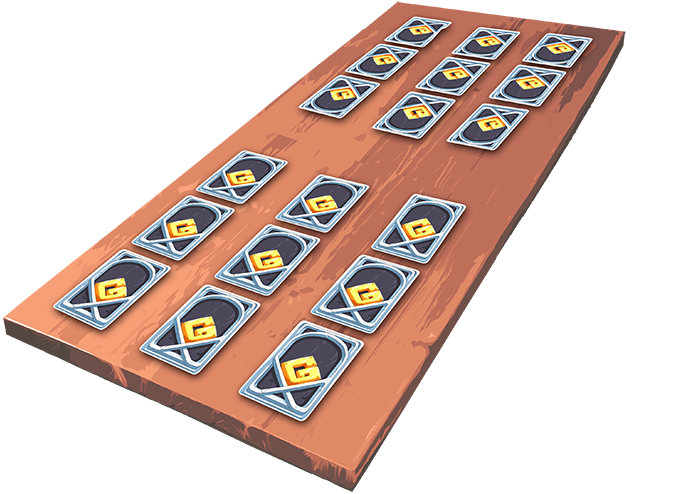 Taking turns, players will reveal 1 card from their set and 1 from their opponent. The higher card value wins and the lower value card is knocked out. The winners card is turned face down again. 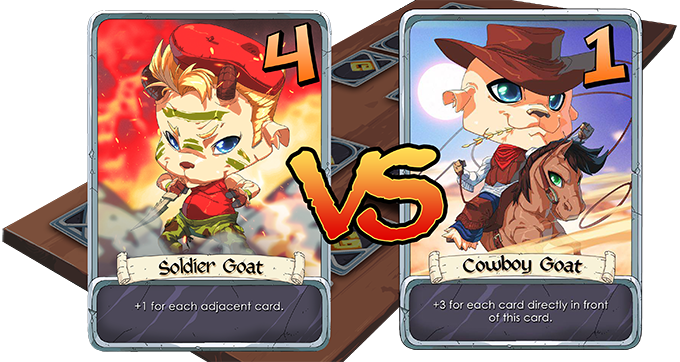 If you have a great memory, you can remember what the winning card was and plan your strategy accordingly. However, each goat has special powers, so you need to be more than just a memory master.  And of course, this gets harder over time as more and more cards are revealed. This can be especially tricky in a 6 player game. So many goats to remember! The person with the last remaining goat wins! 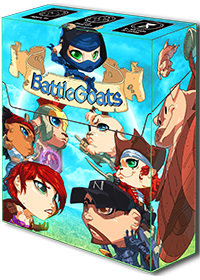 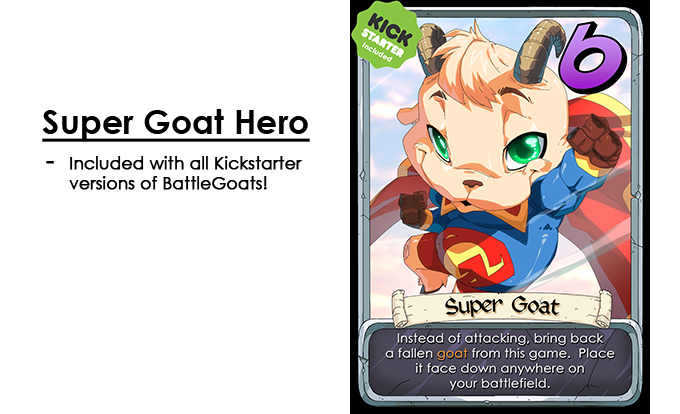 BattleGoats is reasonably priced – you can get a copy for only $15! The Kickstarter has been a great success. Card Lords has raised over $7,000 of their $3,000 goal and unlocked 3 of their 8 stretch goals. This game seems like a pretty fun, family-friendly game, so if you like goats, head on over to the BattleGoats Kickstarter and pledge now!