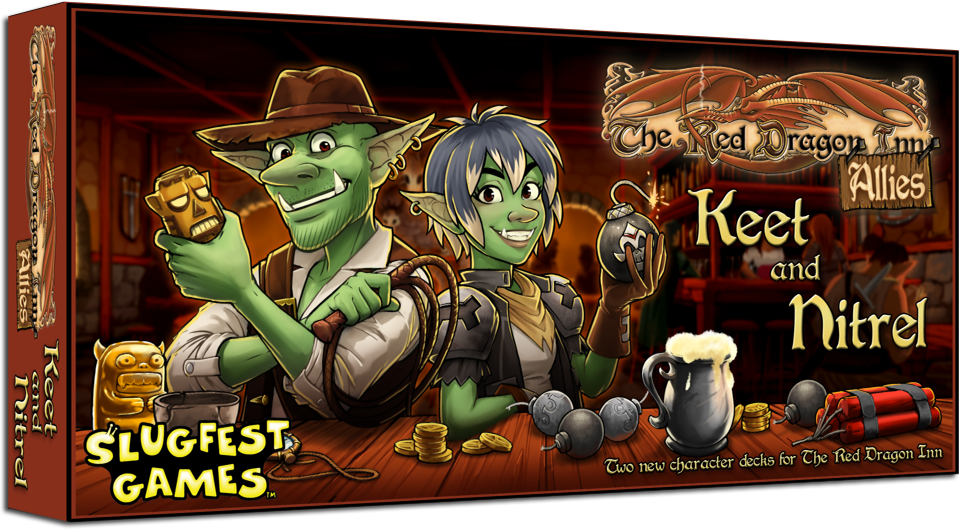 This xpac adds two goblin characters to the rowdy inn. Both were chosen as winners of the 2014 Character design contest.

Designed by Ben Iverach-Brereton, Keet is a tomb raider extraordinaire. He starts the game with a random assortment of artifacts (instead of gold) which give him powers such as making another player lose fortitude, or possibly even sap Keet of his own defenses! Artifacts are fickle that way. 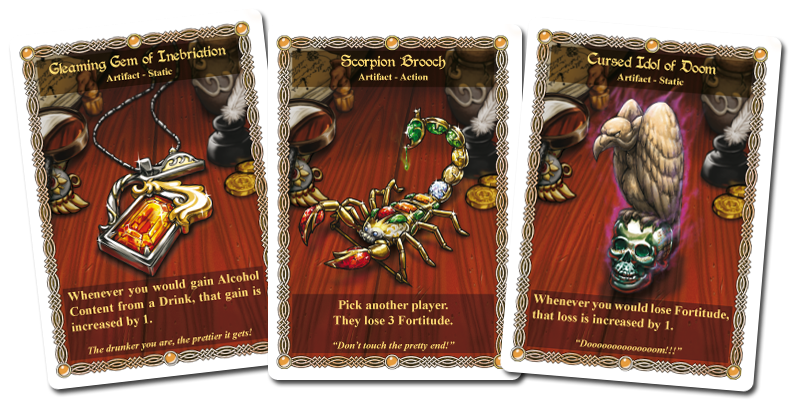 Unfortunately for Keet, all of his cards start face down, so he won’t quite know what he is working with until he goes to gamble with it (which lets him peek at it) or by using his character card to reveal artifacts. 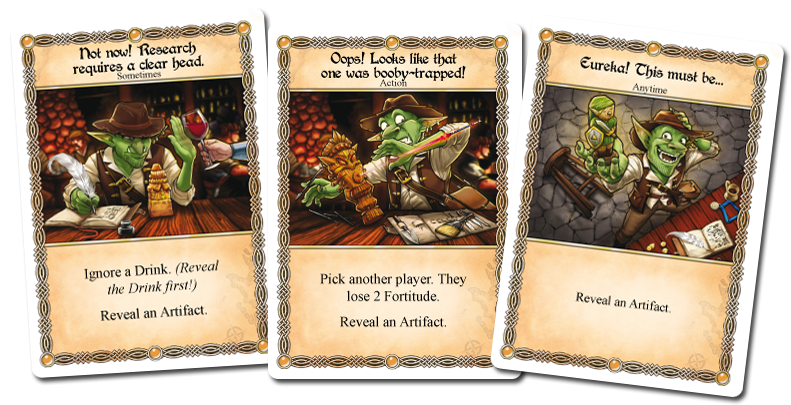 Keet’s sister Nitrel, designed by Chizi, is just a tinsy bit obsessed with explosives. She comes with a Bomb deck, which can cause an inns worth of chaos. Bombs can cause fortitude damage to one player or even the whole party! 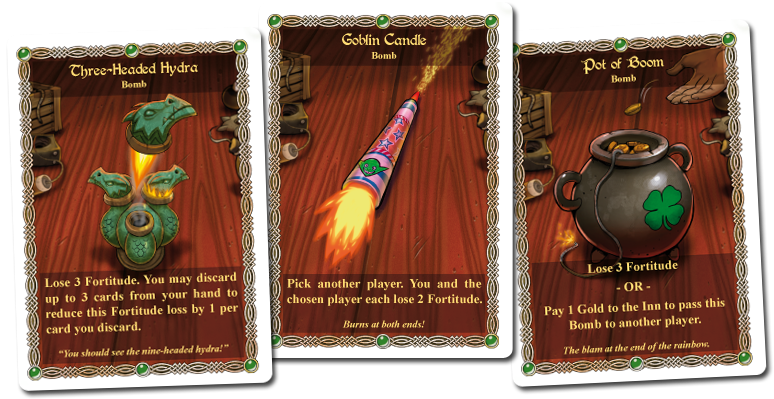 Anyone can set the bombs off, but Nitrel has immunity to many of her own concoctions. She can also gamble with her bombs instead of gold, making the pot extremely…volatile. 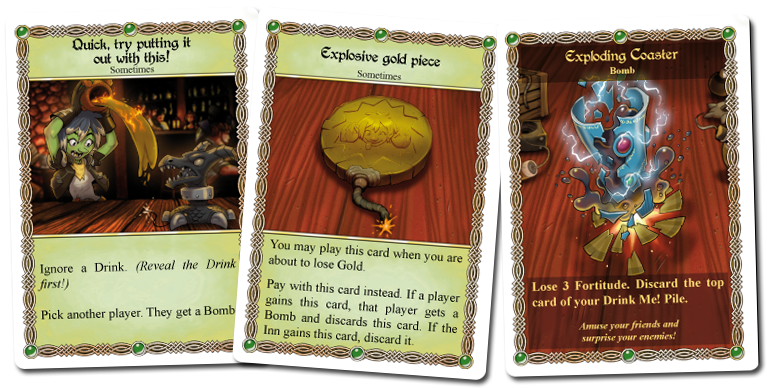 The xpac also comes with Red Dragon Inn 5-style player mats and deck dividers! You’ll be able to pick up a The Red Dragon Inn: Allies – Keet and Nitrel expansion pack this summer for just $24.95.