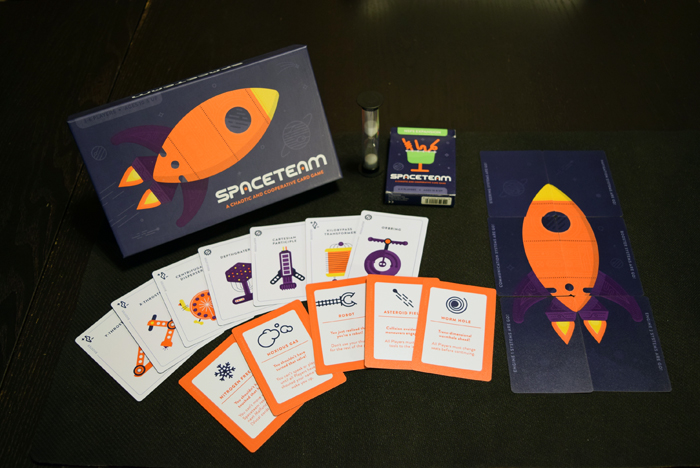 Welcome to Spaceteam, a shouty, cooperative card game based on the popular mobile game of the same name. In Spaceteam, 3-6 players are challenged with fixing a damaged space ship in only 5 minutes. All of the ships systems are going haywire and the tools you will need to fix them are all mixed up! 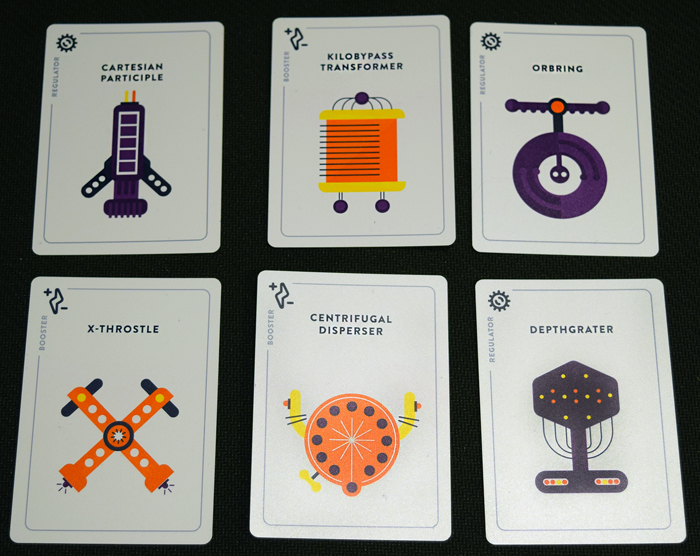 Once everyone is ready, start the timer! With the grains of time slipping away everyone will flip over their entire malfunction deck so they can only see the top card.  Each malfunction has a set of tools that will fix it. These might be represented by the tool name, image, or type. In real time, players will scramble to find the correct tool to fix the malfunction in front of them. 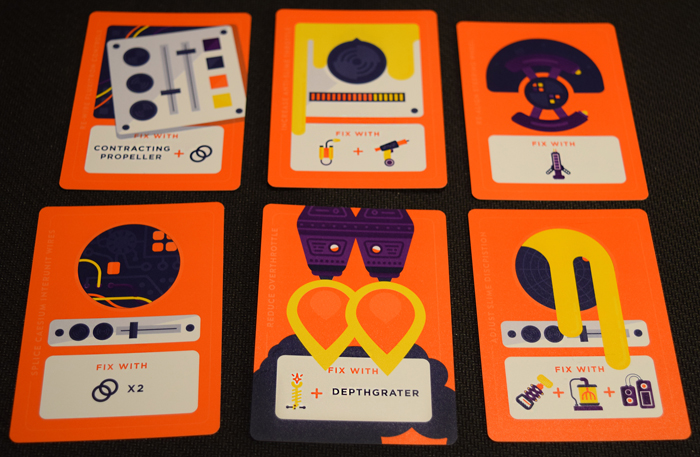 Players will have to shout at each other naming or describing the tools they need and hoping that the player holding the tool is paying enough attention to pass the card. Once you have the tools necessary to complete your malfunction card you discard it and start shouting about the next one.

Of course, a broken ship isn’t your only problem. There are also a few complications like wormholes, asteroid fields, and the occasional inconvenience of getting sucked out of an airlock. These challenges affect the entire crew so you’ll have to coordinate to save the ship or your team member.

There are 6 hidden System-Go Cards shuffled into the decks and to win the game you must uncover them all before time is up. If you manage to fix the ship, you can sail safely back to your home planet in relative silence.

Jess: This game is ridiculously chaotic and silly. Often times the malfunction cards use pictures to show which items you need, but if you are not holding the item card, you may not know what it is called. You’ll end up shouting things like “I need the long thingie with the doodley-bop at the end to fix this compass-looking thingie!” and praying someone knows what the hell you are talking about.

Andrew: I think it’s a neat idea, translating the frenetic gameplay of the video game into a portable medium, but I feel like the app does a better job of making things feel frantic and rushed and chaotic – there was something about the innocuous sand timer that made it kinda easy to forget, rather than something that panicked us.  Things were better when we used a phone to track our time, because at least then there was an alarm when we lost.  The game is fun, but it doesn’t quite capture my favorite parts of the app. That said, if I had never played the Spaceteam app, I probably wouldn’t have much negative to say about it.  It’s a good time!

Update! There is now a Space Team Countdown Timer that you can download for free here!

Spaceteam also has 2 expansions: NSFS (Not safe for space), where innuendos run rampant, as well as the Triangulum Expansion. In NSFS, you get all new (and raunchy) tools and malfunctions. You’ll end up using your Thrust Collider and Moist (ewww… moist) Distiller to fix all kinds of embarrassing situations. 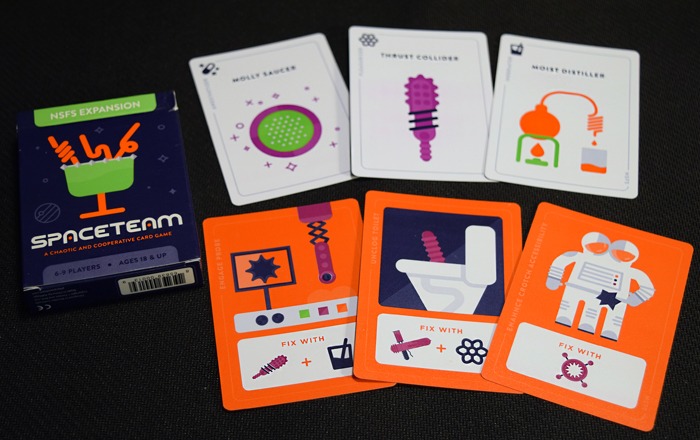 The Triangulum Expansion is in pre-order right now and, unlike NSFS, is family friendly. This expansion gives you new areas and systems and allows you to play with up to 9 players!

Jess: Good gravy! Will all those people shouting, how will anything get done?

Andrew: Actually, I think more players yelling is exactly what will make this version of Spaceteam compete with its digital counterpart.  Yay space chaos!

You can pick up a copy on Amazon right now for $24.99 as well as the NSFS expansion pack for $12.99 and check out the Spaceteam Website if you want to pre-order the Triangulum Expansion.