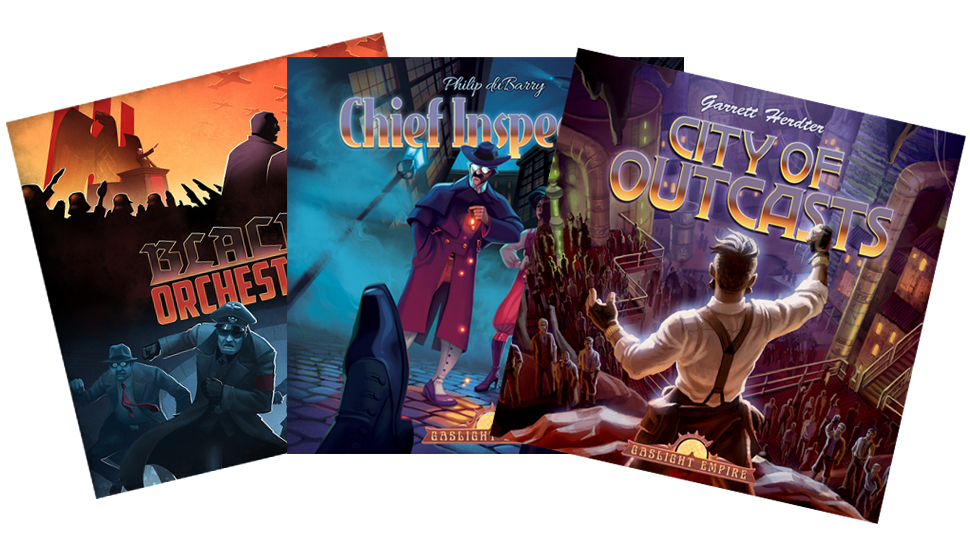 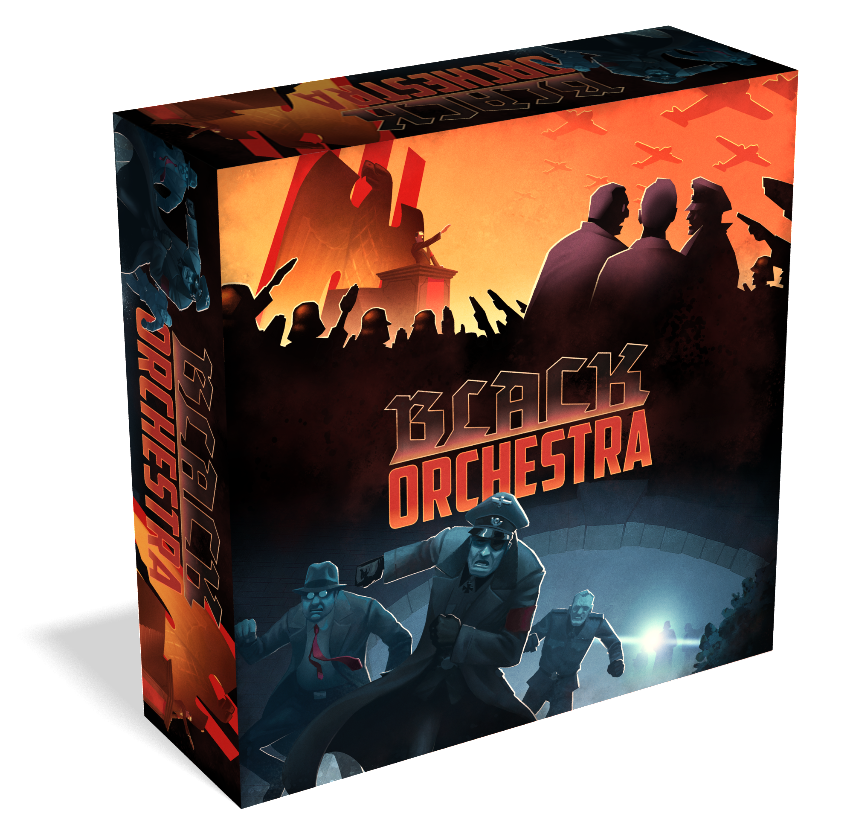 Firstly their WWII themed game, Black Orchestra, is now in pre-order. Black Orchestra is a co-op game for 1-5 players where everyone is a conspiring historical figure in the Wehrmacht (Armed Forces), Abwehr (Military Intelligence) or from the Civilian population. You play through WWII, trying to change the course of history and gather enough resources so that you might have a chance at assassinating Hitler.

To do so, you will need to fulfill plot cards. Each conspirator will have their own and to successfully pull off your mission you will roll a set of dice. If you can manage to  roll a number of targets equal to or more than Hitler’s Military Support while avoiding rolling too much suspicion, your plot is enacted and you’ll reap the rewards. 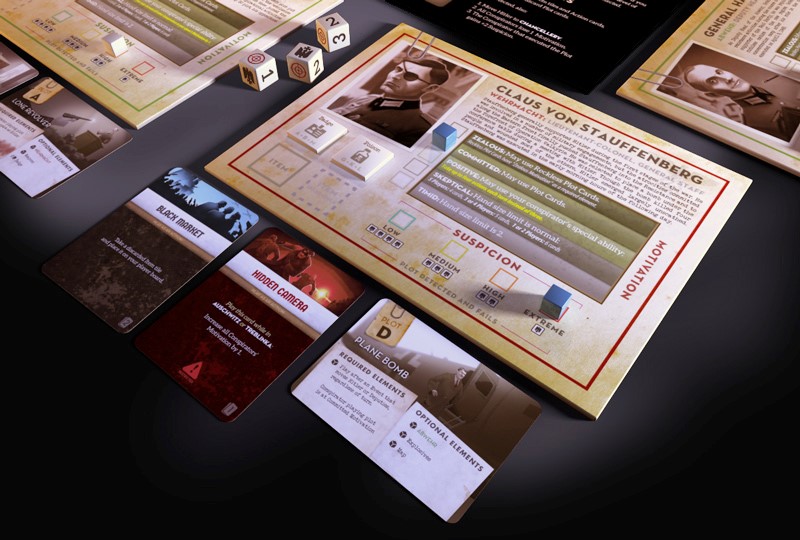 You only get three actions per turn, so you must be strategic on how you spend them. Will you do what the government expects of you to throw off suspicion or will you take large risks for high rewards? 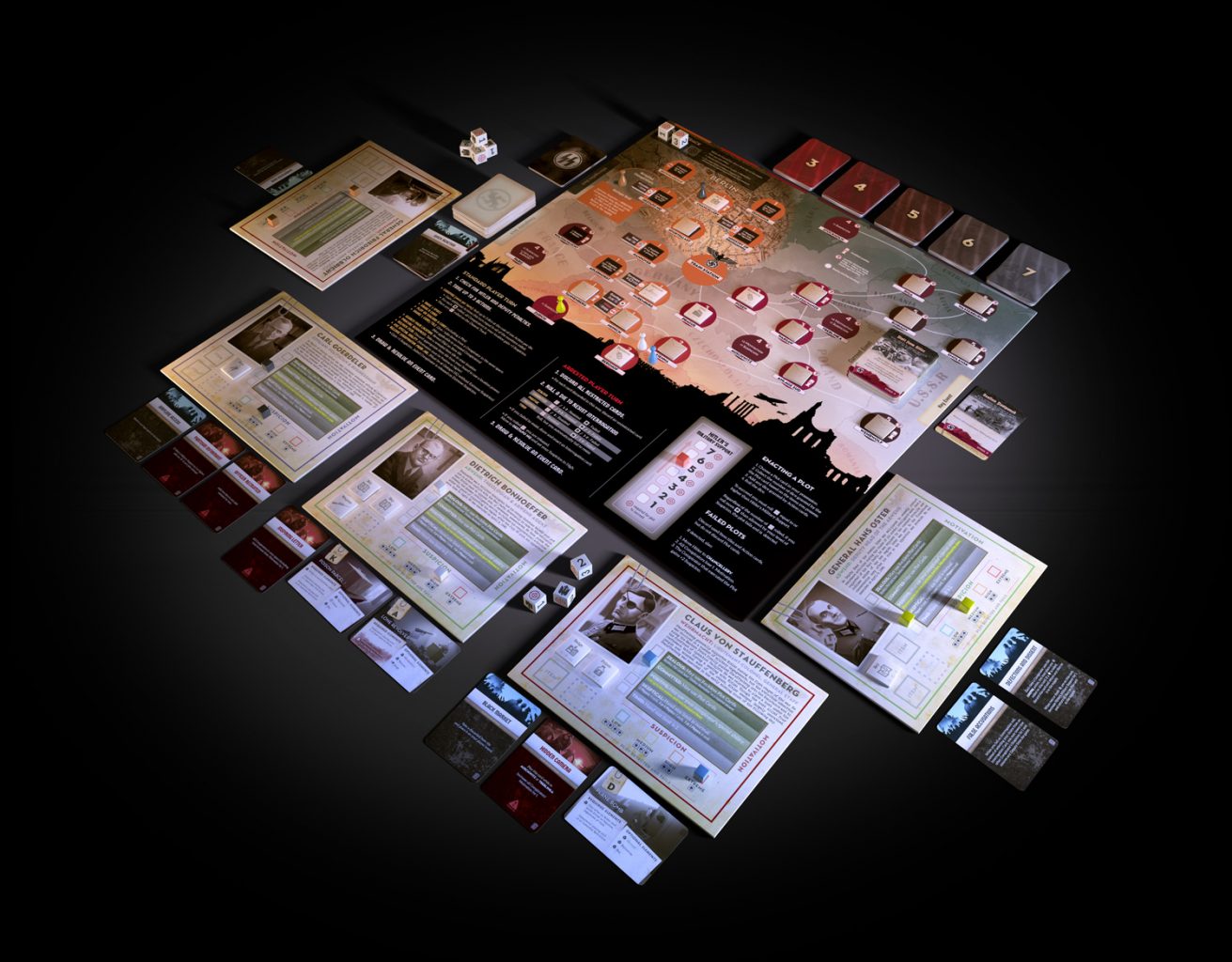 March on over to BlackOrchestra.com to get more details and pre-order the game, lest anyone question your motives…

The previous games, Skyway Robbery, by Philip duBarry, and Ruse, by Levi Mote and Sarah Sharp, are both set in the Gaslight Empire series and serve to set the stage for this steam-punk version of our world. The new games take a different look at the city from the eyes of the law and the manipulators or society. 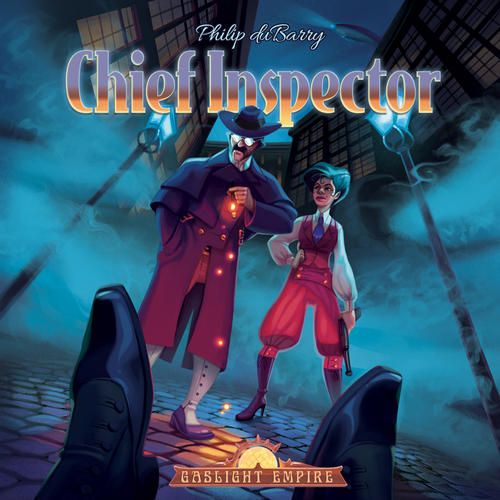 In Chief Inspector, by Philip duBarry, everyone will play investigators in search of a master criminal that has been terrorizing the town. You’ll have 5 suspects, each with a set of clues to uncover. Whichever suspect has the highest value is your man!  If you manage to nab them the King might just promote you to Chief Inspector! Just don’t become too corrupt in your quest to chase down evil or you’ll be dragged down along with it. 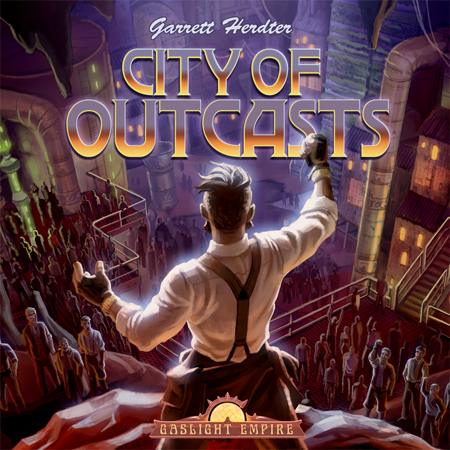 City of Outcasts, by Garrett Herdter (Miskatonic School for Boys and Hollow Cell) will have you moving behind the scenes in a power play to create your own empire. You will manipulate powerful factions against each other to gain allies. Players be dealt one face down ally from the 13 available and then a number of cards equal to the players +1 will be placed on the table face down. Each player will select a card so only 1 will remain on the table. Then players will place one of the cards they hold in front of them and reveal the other. Whoever reveals the highest value card wins their tabled card’s influence points. If you have the most points at the end of the game, you win and establish your dominance over the city.

Jess: I love the idea of games set in a continuing world. These look gorgeous and the theme really appeals to me, but I am a little hesitant – Game Salute has had a rocky relationship with Kickstarter, and while some of their projects have worked out fine, some have had extensive delays. What do you guys think? Have you had a different experience?