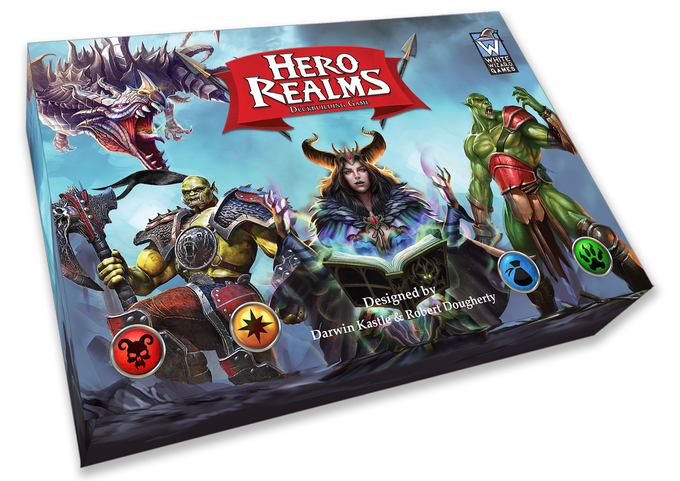 The masters of deck-builders, White Wizard Games, have just released the Kickstarter campaign for Hero Realms. In the same vein as Star Realms, this game will be a deck builder for 2-4 players, but this time around you can gain experience and level up your character during exciting fantasy campaigns!

In the base game of Hero Realms, each player will start with a generic deck of cards and, in keeping with the winning Star Realms formula, they will set about gathering cards from the center offer, growing a unique deck as the game progresses, trying to knock out the opposing player before they can be defeated.

Andrew:  Star Realms, spoilers, is one of my absolute favorite games to play 2-player, and Hero Realms is tuned to play even faster, with economic and attack acceleration built into the base decks.

Beyond the basics, White Wizard is also releasing 5 Character Packs as part of their Kickstarter.  Each player will get to choose a character from the 5 classes: Cleric, Fighter, Ranger, Thief, or Wizard.

Each class comes with its own set of cards making their play style and strategies very different; for example, the thief focuses on forced discards, while the cleric heals.  Each of these packs promises to add a really unique spin on the Hero Realms formula for increased replayability.

Also similar to Star Realms, Hero Realms will feature Boss decks, where you can play a particularly challenging opponent or team up with your friend to them down together in co-op mode.  And if you’re feeling really saucy, you can put one boss deck against another! 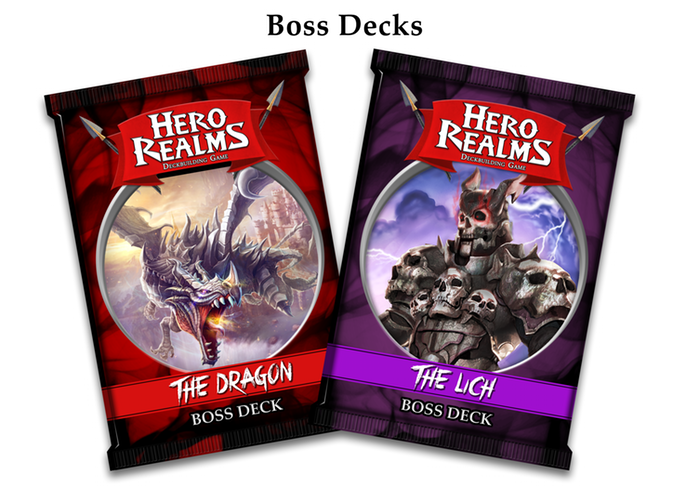 Hero Realms can also be played cooperatively or solo with the campaign deck, which gives you missions to complete. Characters will team up to complete missions and gain experience points which can be used to buy equipment, skills, and other cards to add to your character deck, letting your character develop across multiple games. 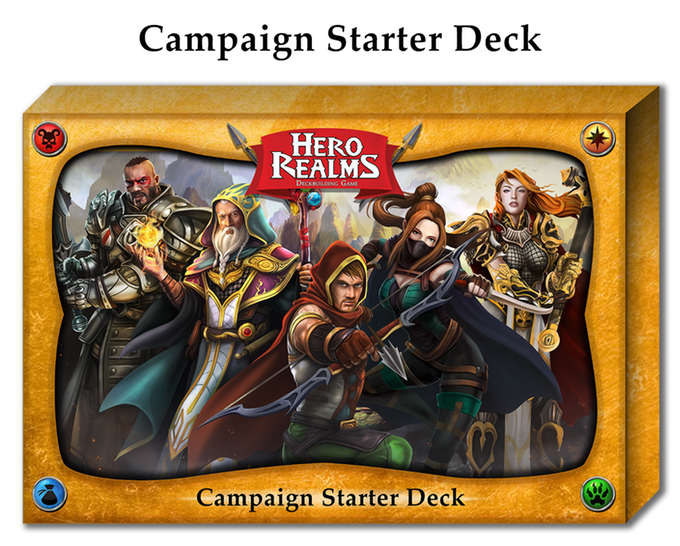 Jess: Andrew and I got a chance to play a quick competitive game while at PAX East and we had a fantastic time. I am really looking forward to seeing how the campaign deck plays!

Andrew:  As I mentioned, I love Star Realms, so I was already prone to love Hero Realms.  However, it’s so much more than a reskin.  Honestly, between the hero decks, the boss decks, the campaign mode, and even the base game, it has such a polished feel I have a hard time not gushing about it.  If you like Star Realms, this is a no-brainer.  And if you don’t like Star Realms, well, this is probably as good a time as any to give White Wizards a chance to win you over, because Hero Realms is the real deal.

Jess:For $20 you can pick up 1 set of Hero Realms, but up your pledge to $25 and you’ll also get 12 Year One Promo Cards which will be released to the general public periodically over 2016-17 as event support and prizes. We are such big fans we already threw our money at the Kickstarter.  For more information and to get your own copy head to the Hero Realms Kickstarter today!

3 thoughts on “Hero Realms Kicks off Its Adventure On Kickstarter!”