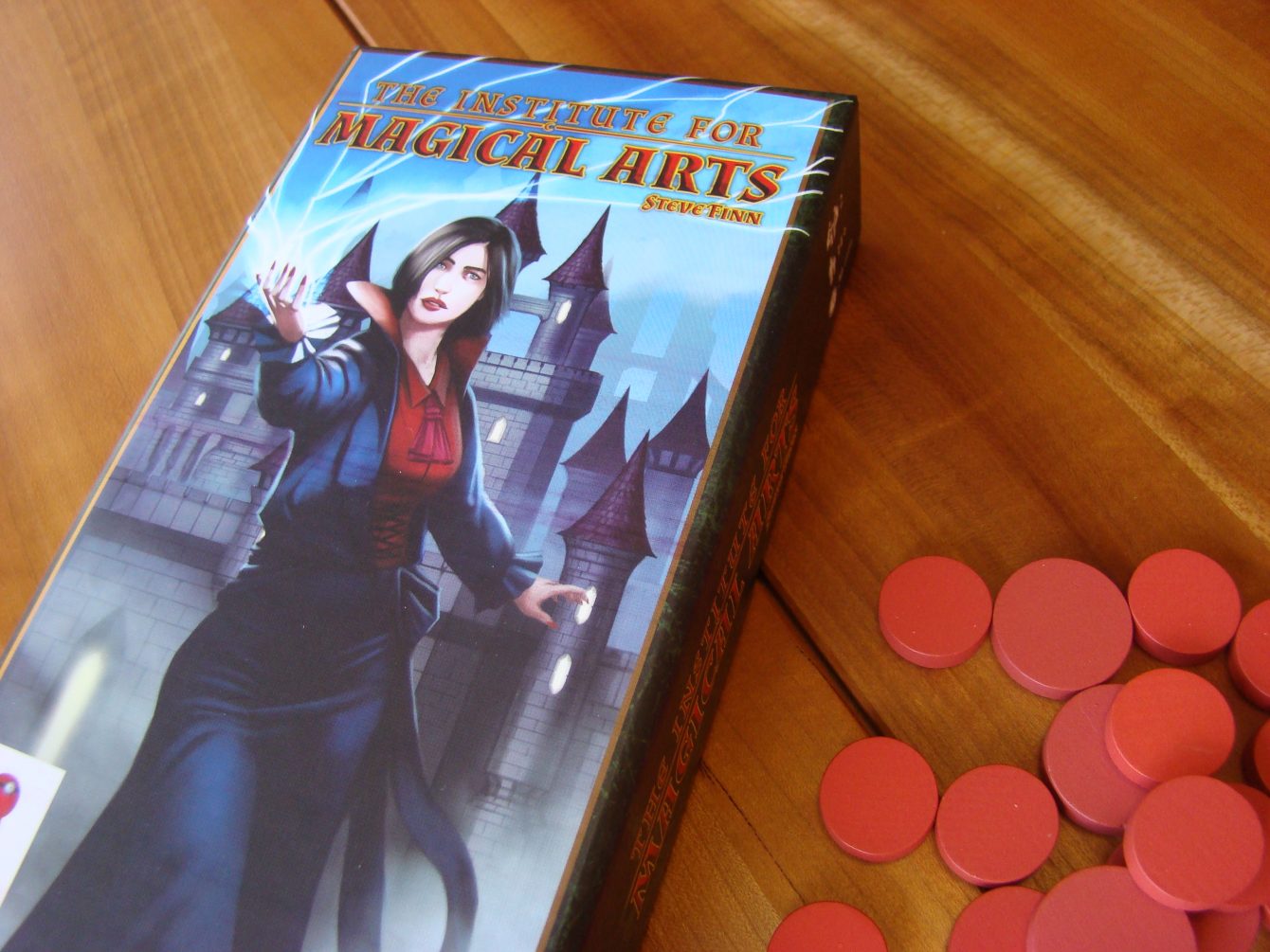 One of my favorite 2-player games is Steve Finn’s Capo dei Capi, and his Institute for Magical Arts has a lot in common with its mafia-themed predecessor.  Both games have you rolling dice and contending over a central line of cards with clever variations on traditional area control mechanisms.  In Capo dei Capi, you’re battling over ownership of underworld gin joints, gambling dens—even City Hall itself.  In Institute, you are casting magical stones in order to claim wands, cloaks, crystal balls and potions.

Thematically, both games are a little thin—but it doesn’t matter.  You don’t play a Dr. Finn game to transport yourself to a different era or a legendary land; you play a Dr. Finn to appreciate the delicate clockwork mechanisms that tick-tock between you and your opponent for half an hour or so. 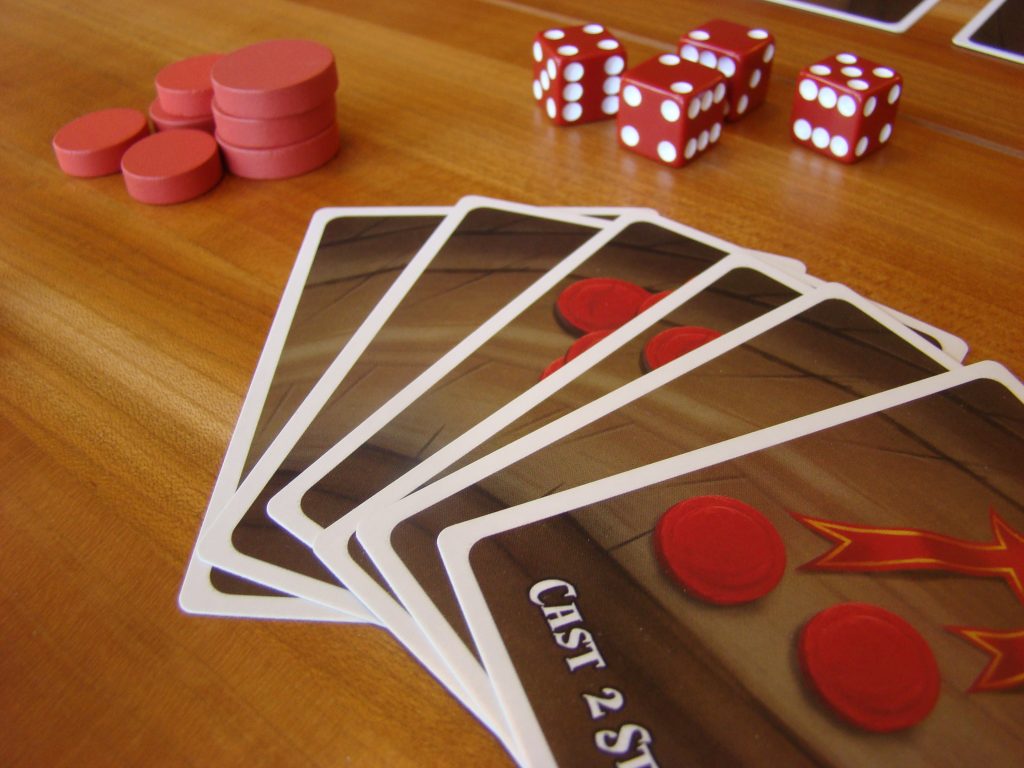 Power stones (really just wooden disks) are the currency of Institute.  During each turn of the game, you and the other player will roll four dice each and then secretly allocate those dice to actions involving those stones.  You can use your dice to renew your power stone supply, or you can use your dice to place power stones on cards in the tableau between you and your opponent.  At the end of each bidding phase, there is a check to see if one player has won any of the tableau cards.  Not only do you need a minimum number of stones on the card, but you also need to have a certain number of stones more than your opponent. 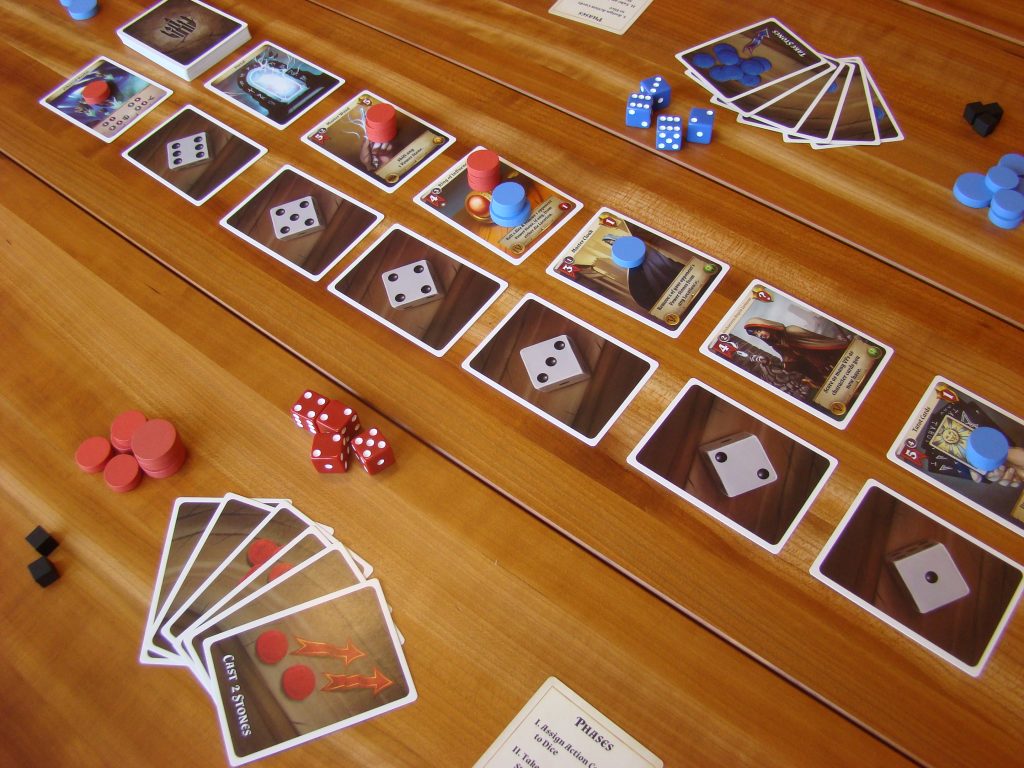 The further you go in the game, the more the stones have the chance of being shifted from place to place.  There is a Portal card that allows you more freedom in where you put your stones, and most of the cards you win in bidding phases will give you special powers for the rest of the game—like moving stones from one card to another, or adding additional stones of your own, or removing your opponent’s stones.  You play until someone has twenty points, and my experience has been that the race to the end is almost always tense and exiting.

Like all of Dr. Finn’s games, Institute is a study in efficiency—both in design and in play.  There is nothing extraneous about the game itself, no sloppy margins or senseless rules or exceptional cases.  Everything makes sense.  Strategically, too.  The player who can most efficiently make use of dice pips, who can win bids on cards with the least excess, who can use special powers at just the right times—that’s the player who’ll win. 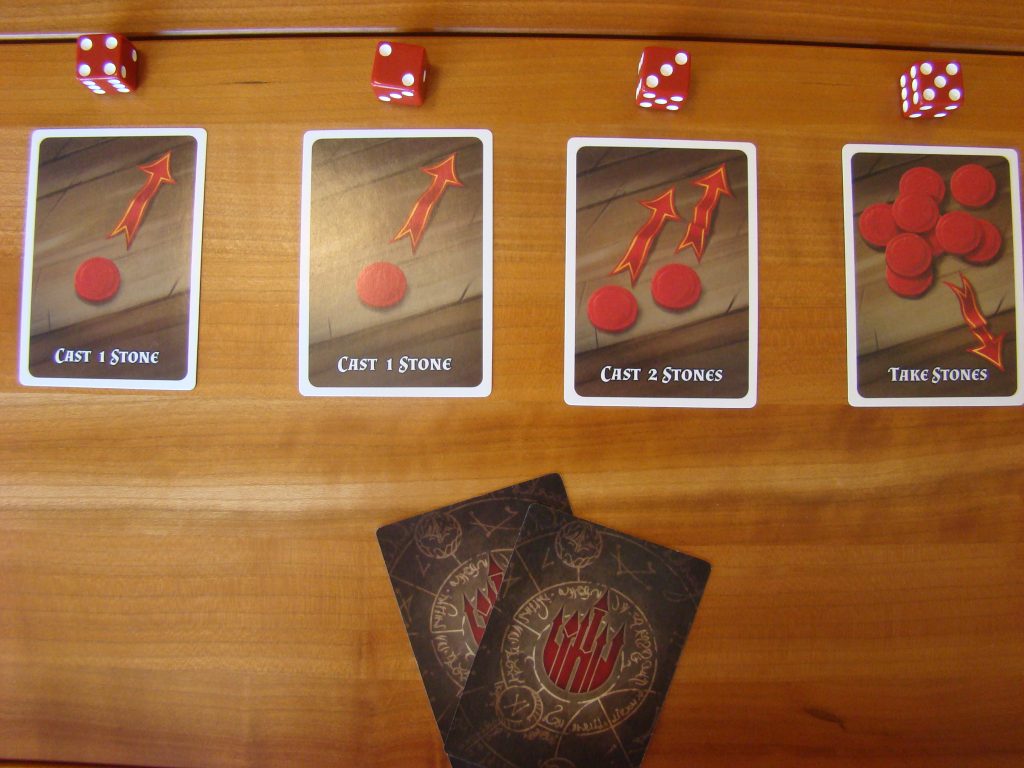 Personally, I think I prefer Capo dei Capi—with is teeth-gnashing press-your-luck turns and its hidden information.  But I also think Institute is more the gamer’s game.  There are more decisions to be made, more intertwining tactics, more clever moves to pull off.  As others have said, Capo is a game that tends to run on rails, playing itself as you roll the dice and see what happens.  So why do I like it better?  Maybe because it’s more surprising.  There are grand successes to be had—and also grand failures—both of which are, admittedly, largely luck-based.  In Institute, on the other hand, the pace is slower—more of a calculated creep toward victory.  Maybe my preference also has something to do with the art—which in Institute feels a little generic and uninspired while in Capo it’s smoky and jazzy and perfectly integrated. 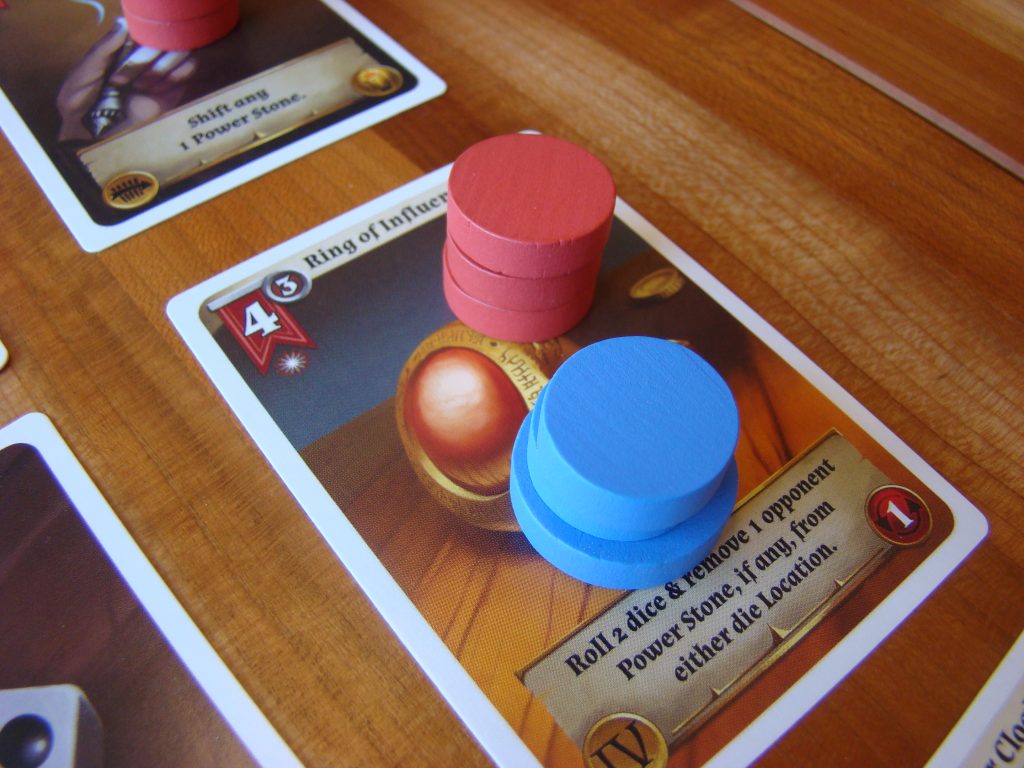 Either way, Steve Finn proves himself once again to be the antidote for the bloated, over-hyped, under-designed blockbuster big-box games that rake in literally millions of dollars on Kickstarter.  His designs are simple and gem-like, and there’s no question that they deserve more attention than they get.  I, for one, am more than happy to give them my attention.

(Thanks to Dr. Finn Games for providing us with a review copy of this game. Their generosity didn’t influence our opinions)