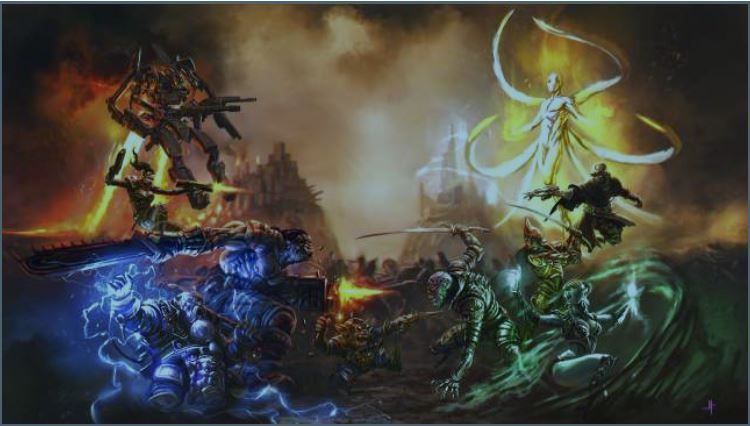 Next week, District Games will be releasing the Kickstarter campaign for Warage card game international release. Warage is an Italian LCG deck builder where players must battle using cards, but every action costs hit points. You only have 100 to start with so you have to play strategically with your own life. 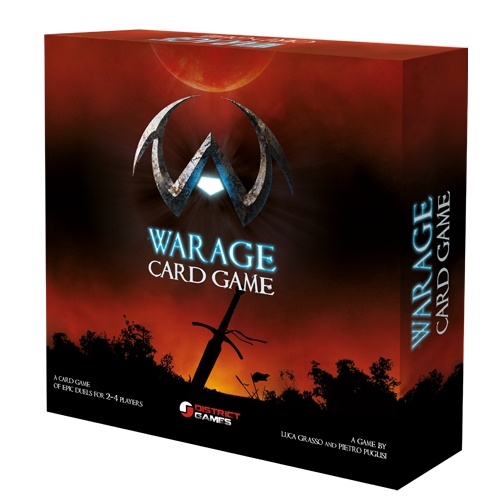 Set in the world Egarav, Orcs and Goblins, Angels and Humans, Dwarves, and Vordulaks are all competing for land. Each race has its own strengths and abilities. Combine that with magic and technology and this fight is about to get epic. You will take on the role of a hero who must choose who they will support.

The Kickstarter campaign will include the base game, the Seasons board,  plus stretch goals and give access to two Kickstarter exclusive expansions. There are over 1,000 cards that will be translated and released as 55-card Chapters each season.

“Warage is a beautiful and very versatile game system. We believe in its international success!” – says Uli
Blennemann, Brand Manager at Blackfire.

Pietro Puglisi, District Games: “The mix of deckbuilding, speed and roleplay makes Warage a unique product
in the card game world. We believe that after the huge work done in Italy by the development team, the incredible 40+ illustrators and all those who supported the growth of the game, the time has come to give this title an international shot – with a year-long release plan already in place.”