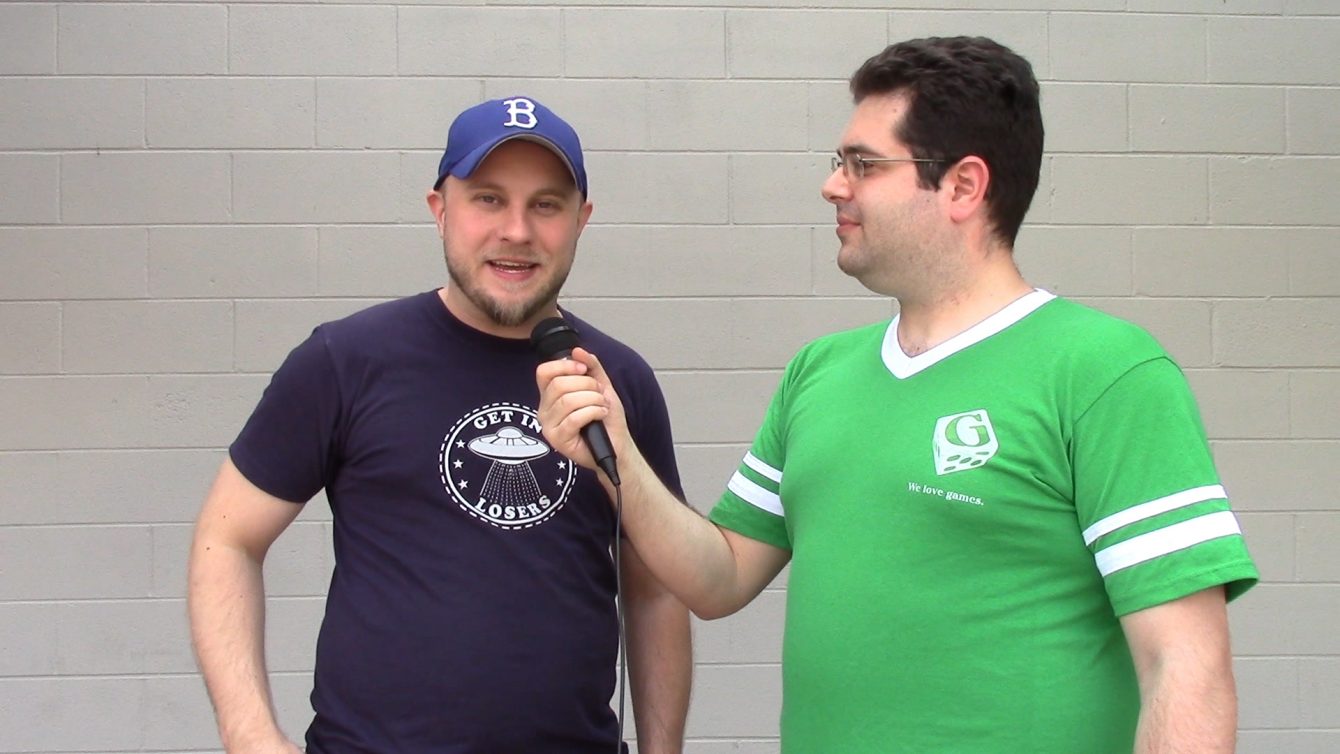 Brent “Brentalfloss” Black is well known for his gaming music videos on Youtube, but this comedically brilliant composer is always working on something new, and we’re always interested in what he has going on!

Along with his creative partner Julian Spillane (a veteran of the video game industry), Brent has started Smiling Buddha Games and in May, they successfully Kickstarted Use Your Words!, a fast-paced comedic party game designed to keep a roomful of your friends laughingly entertained!

Use Your Words! which merges your smartphone (or tablet) and your television (or computer) into a comedy engine, with the system providing prompts for your irreverent humor, and then letting you vote anonymously on who you thought was funniest.

Jess:  We got to check out a panel featuring Use Your Words! and it really was lots of fun!  And not just the professionally funny folks Brent had playing – when he threw to the audience, the prompts managed to get some really funny lines from us civilians!

Andrew:  For sure!  I also really love that it throws in a stealth ‘house’ answer to each round which deducts points from people who vote for it.  So it’s sneaky and funny, which is a great combination.

We had the extreme pleasure to speak with Brent after his Use Your Words panel at the Too Many Games convention (this interview was also after Andrew stopped squealing at the idea of meeting him, thankfully). Check out the video below to learn more about this upcoming party game!