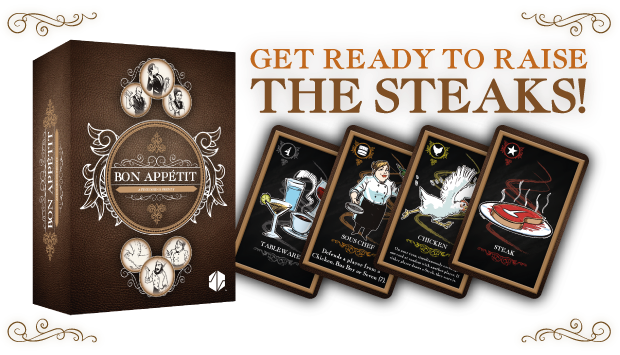 Do you find yourself hungry for a fast-playing card game that will satisfy your whole party’s appetite while not being too filling?  Do you crave quick take-that style action that doesn’t lose its flavor even after you’ve had several helpings?  Are you full to bursting on meal metaphors in your game reviews?  Well have I got a Kickstarter for you!

**Kickstarter Prototype Heads Up – Our preview copy was provided by the fine folks at Avant-Garde Games & the Indie Game Alliance, and we snatched some art assets from the Kickstarter page.  All components subject to change!** 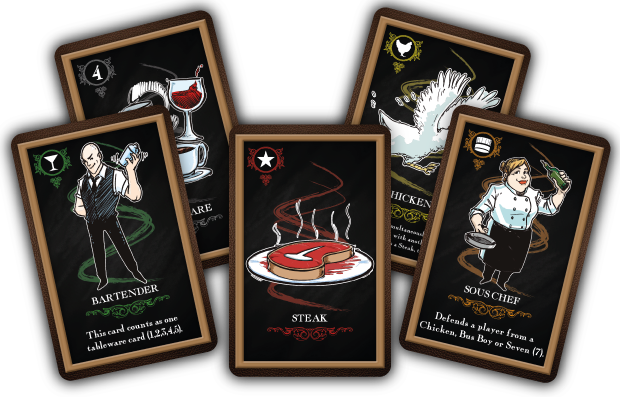 (Sorry, I lied about the meal metaphors, those are probably going to keep coming)

Bon Appetit, from Avant-Garde Games and up on Kickstarter right now, is a fast-playing card game for 2-8 players.  In it, each of us plays as a gourmand, desperate to get our teeth on a few succulent steaks.  However, the supply of protein is limited and your fellow diners are just as hungry as you are.  So it is a race to grab and consume as many delicious steaks as possible, before the rest of your dinner party manages to clean out the kitchen!

Gameplay is super easy – on your turn you will take one of 4 possible actions: 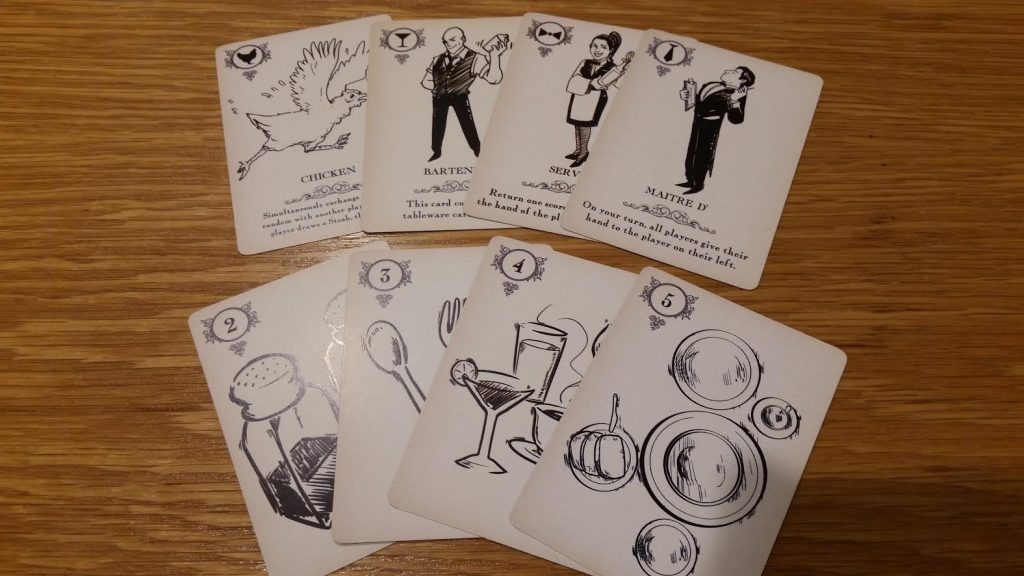 The game continues until one person manages to mow down on 3 Steaks, which earns them an instant victory, or the draw deck runs out, at which point any held steaks are revealed and consumed, and whomever eats the most meat wins!

Jess:  Bon Appetit is a fun little game, but you have to watch out, because it’s also a mean little game.  You’ll be snatching food from your opponents’ mouths and dumping their steak into the deck constantly!

Andrew:  Yeah, for sure.  ‘Take that’ isn’t my usual mode of gameplay, but at least Bon Appetit is a quick bit of viciousness with a natural timer (the draw deck running out), so it’s not like the back-and-forth will go on forever. 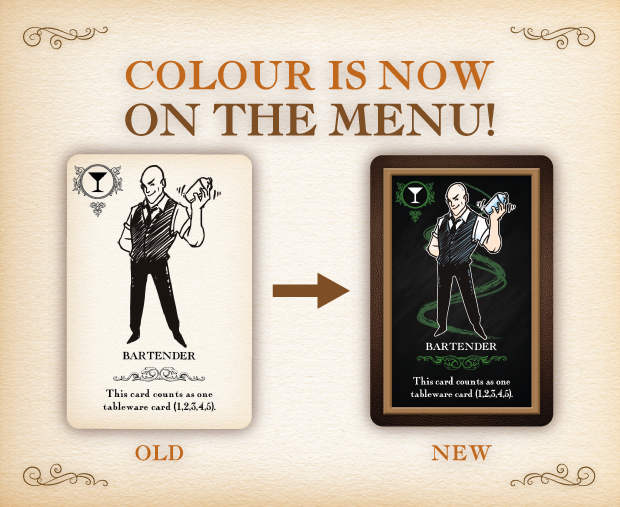 As filler fair goes, Bon Appetit is tasty.  The art on our prototype cards is really nice, and the final game will look even better.  If this little nibble has gotten you hungry for more, head on over to the Bon Appetit Kickstater page now for seconds!

(Thanks to Avant-Garde Games & Indie Game Alliance for providing us with our preview copy.  Their generosity didn’t influence our opinions)