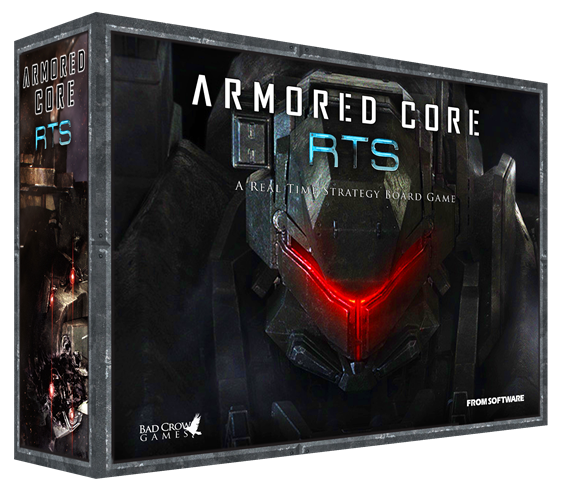 Bad Crow Games has announced that the licensed Armored Core RTS Board Game is going up on Kickstarter tomorrow, 7/19!

If you have never heard of Armored Core, it’s a video game franchise developed by FROM Software where, you command giant mechs to complete missions. The big draw of the series is the customization of your mechs and Bad Crow’s board game is looking to capture that experience. 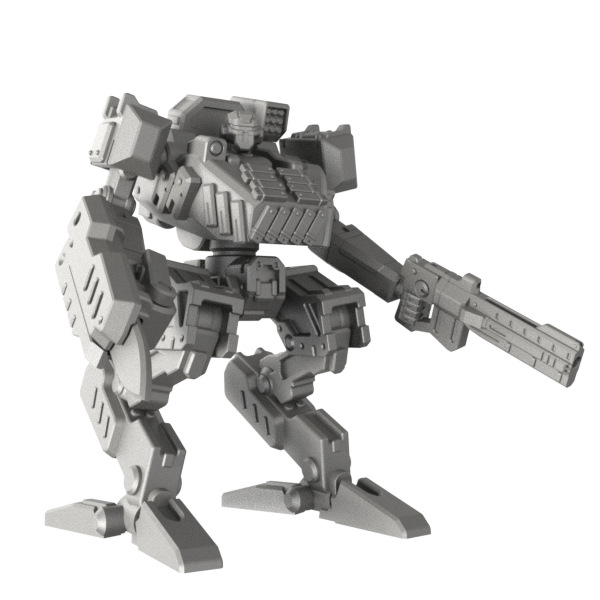 The board game is a simultaneous action game for 2-4 players. Everyone is competing for resources, valuable salvage, and advanced tech in the ruined landscape of a post-war Earth. Bad Crow says you’ll get to pilot your mech, engage in battle, and order around your troops just like the video game. With all that, surprisingly, the game is timed such that each mission only takes 20 minutes.

You get 12 missions in the campaign and each mission provides prestige, access to advanced tech, salvage, and currency which can be saved or used to upgrade for your next mission. There are over 100 equipment cards to use to upgrade your mech and they use a color coded ‘slot’ system to make it easier to customize your mech. 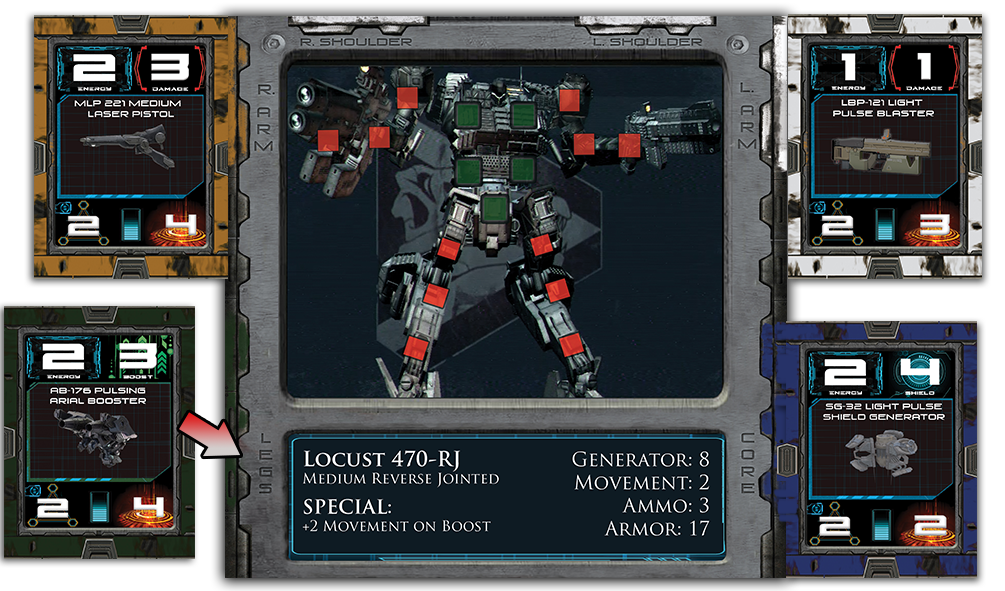 The press materials show off some nice looking minis that have interlocking parts which will allow you to show off your hard-won upgrades. 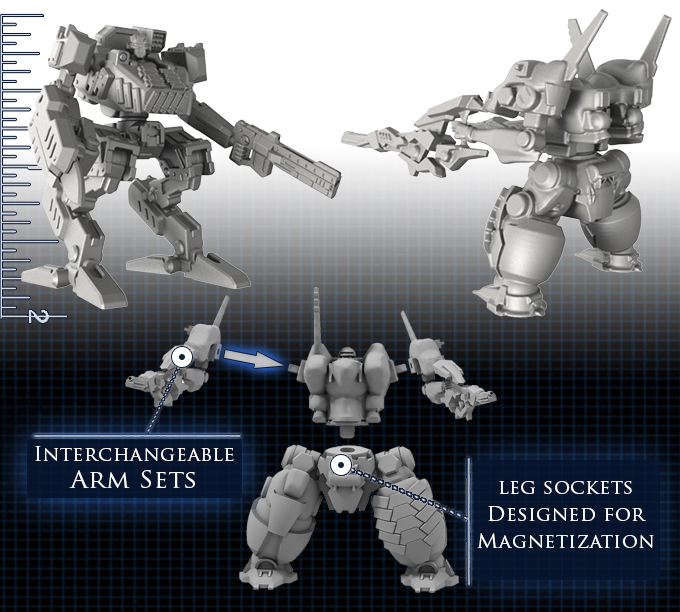 Jess: We’re always a little nervous about board game adaptations of existing IPs, but Bad Crow Games is doing some interesting stuff, like using LEDs to establish line-of-sight quickly and keeping the gameplay to a 20 minute run-time.  I’m really curious to see if they can capture the feel of big-mech combat in such a tight window, but at first glance this game looks pretty slick! You can learn more on the Armored Core RTS Board Game website.

We’ll be receiving a copy of Armored Core from Bad Crow, so as soon as we get it, we will be sure to share our thoughts on how it actually plays!  We will provide links as soon as the Kickstarter is up and running.