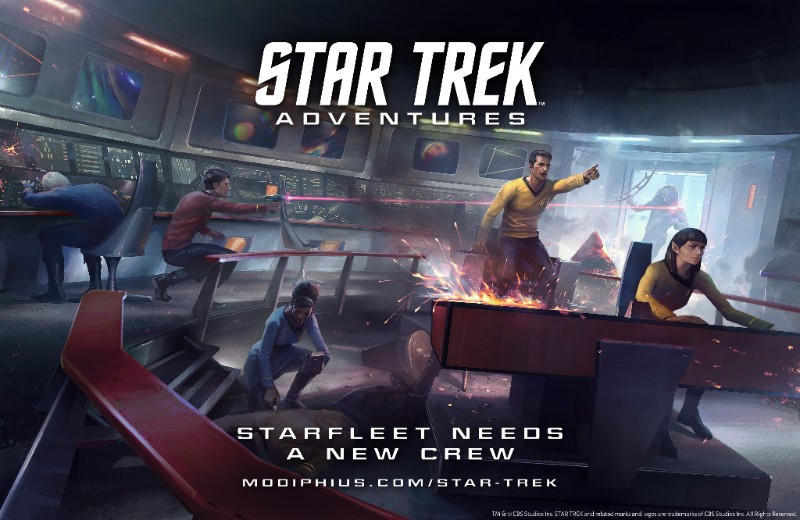 Modiphius Entertainment, publisher of the Achtung! Cthulhu, Mutant Chronicles, Conan, Infinity and John Carter of Mars roleplaying games, has announced they will be playtesting their new roleplaying and minatures game: Star Trek Adventures.

The game system will be based off of the Modiphius 2d20 game system used in Mutant Chronicles, Infinity, Conan, John Carter of Mars. It was designed by Jay Little (Star Wars: Edge of the Empire, X-Wing Miniatures Game). There will also be accompanying geomorphic tile maps and a mini’s line that will feature classic Star Trek characters and crew members as well as boarding parties and away teams. 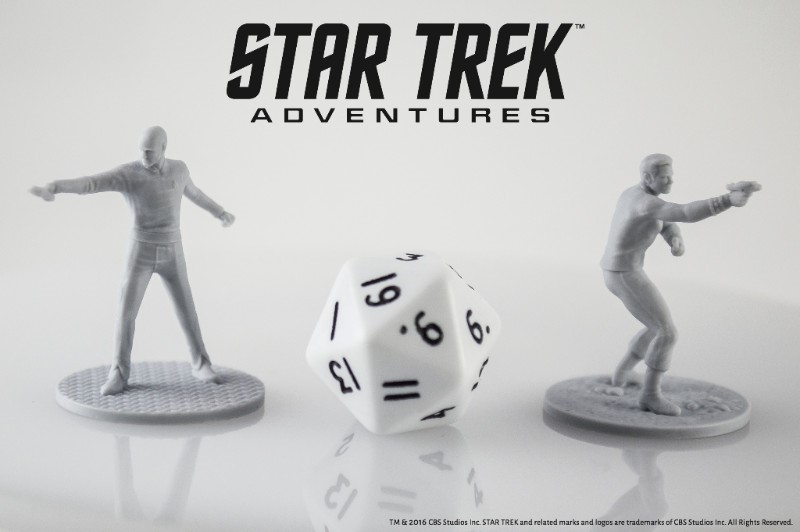 According to Modiphius “Fans of the legendary Star Trek television series’ and films will not only boldly go to the final frontier, but they will shape the voyages and missions through the Star Trek Adventures living campaign playtest. Each player will experience the game differently based on the ship they are assigned to and attendees of Gen Con will have the exclusive North American opportunity to choose their ship, as well as claim a free Captain Kirk or Captain Picard miniature, while supplies last, when they register for the playtest. Registration will take place daily at the Modiphius booth #2737 in the Gen Con exhibit hall August 4 – 7, 2016.”

They will also have sign-ups online in late August at www.modiphius.com/star-trek. if you are headed to Essen-Spiel in Germany or Dragonmeet in the UK you’ll also get a chance to claim a Kirk or Picard. The living campaign playtest will launch this fall.

“Since I was a kid I dreamed of sitting in the captain’s chair and boldly going on my own voyages,” says Modiphius Entertainment’s publishing director Chris Birch. “With Star Trek Adventures we can all explore our own stories in the worlds of Captain Kirk, Picard, Sisko, Janeway, Archer and many others.”

Jess: It’s Star Trek’s 50th anniversary and this is a super cool way to celebrate the series. I love roleplaying and Star Trek so it sounds like a crit success to me! I can’t wait to play test this game!