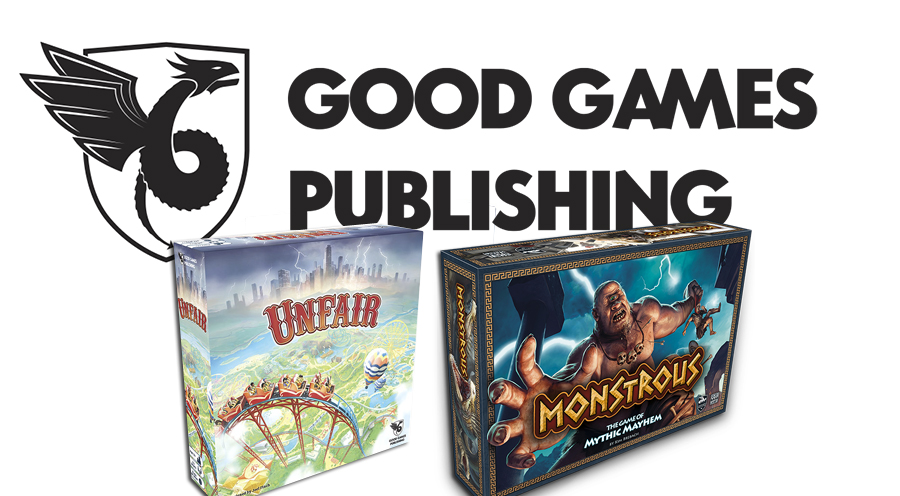 During Gen Con we had the pleasure of meeting with Good Games Publishing, an Australian publishing company. They are partnering with CoolMiniOrNot to bring their games Monstrous and Unfair to wider audiences, including us lucky folks here in the states! 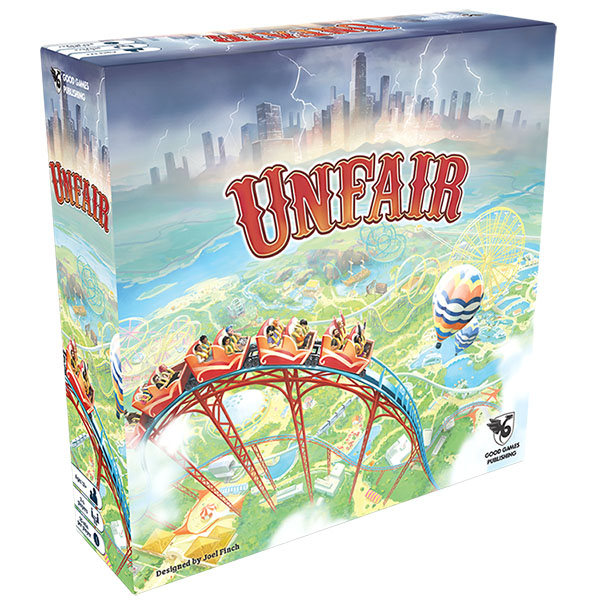 Unfair is their newest game and will be going to Kickstarter next week. It is a Tableau building/ Hand management game where everyone is trying to create the best amusement park. Good Games was kind enough to provide a review copy to us so stay tuned for our upcoming review! 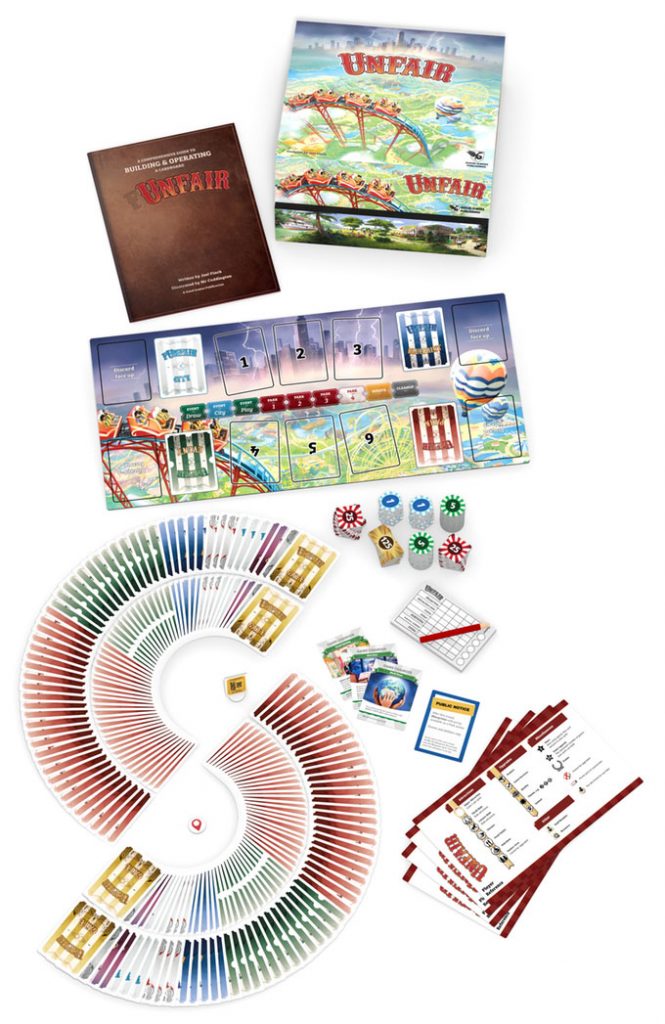 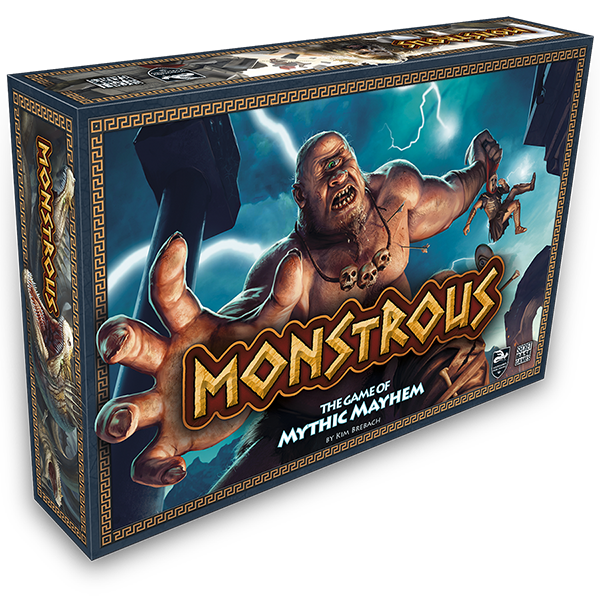 The Greek Gods are not a forgiving bunch, so when their worshipers begin to lose faith, the Gods get downright grumpy. Kickstarted last year, Monstrous is a dexterity game for 2-5 players, where you play enraged gods looking to scare up some faith from the mortals. 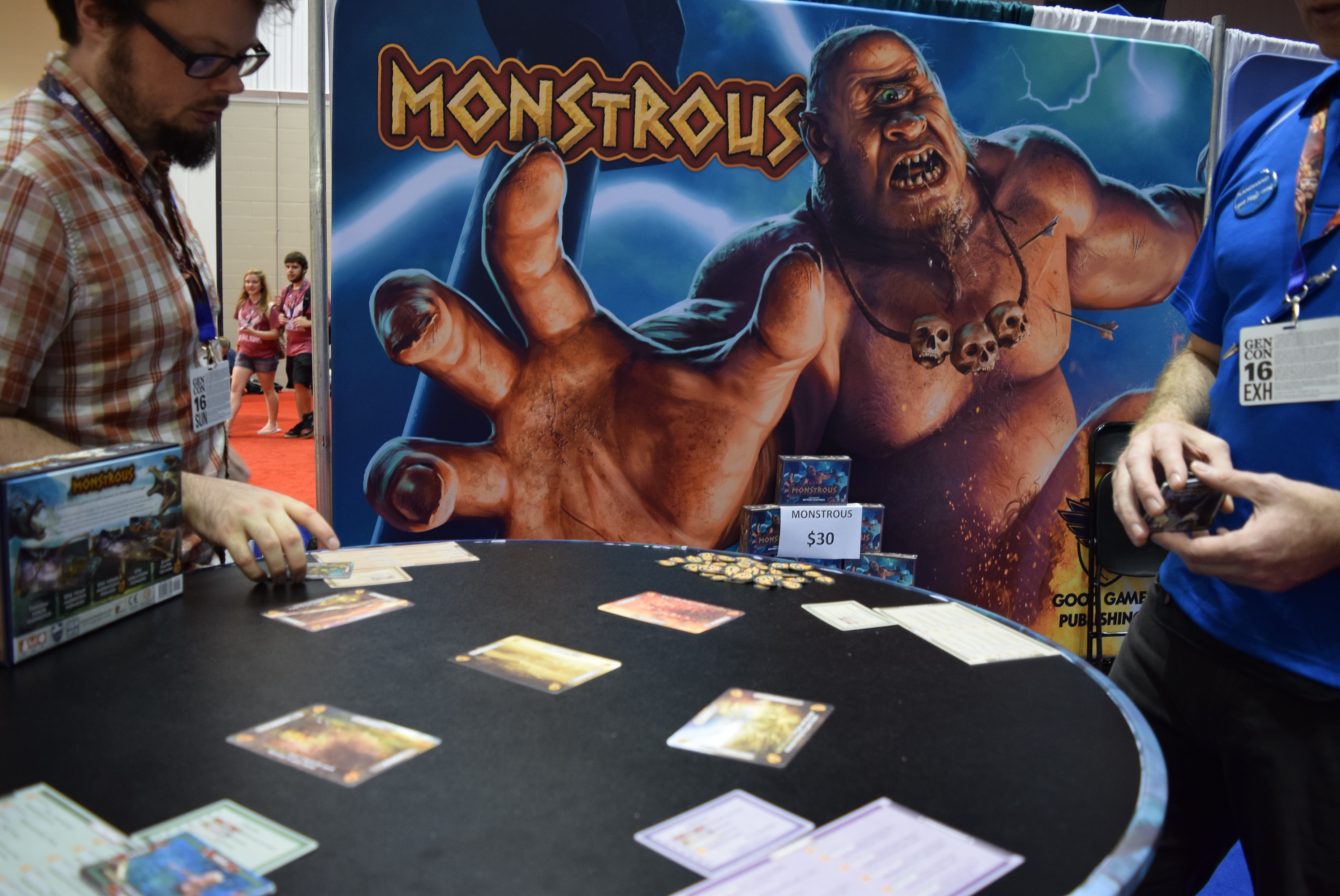 To play the game you will lay location cards out on your table. Each player will have a hand of cards that consists of classic Greek monsters. The players will take turns throwing cards from their hands onto the locations, thus scaring the mortals and earning them some faith points. 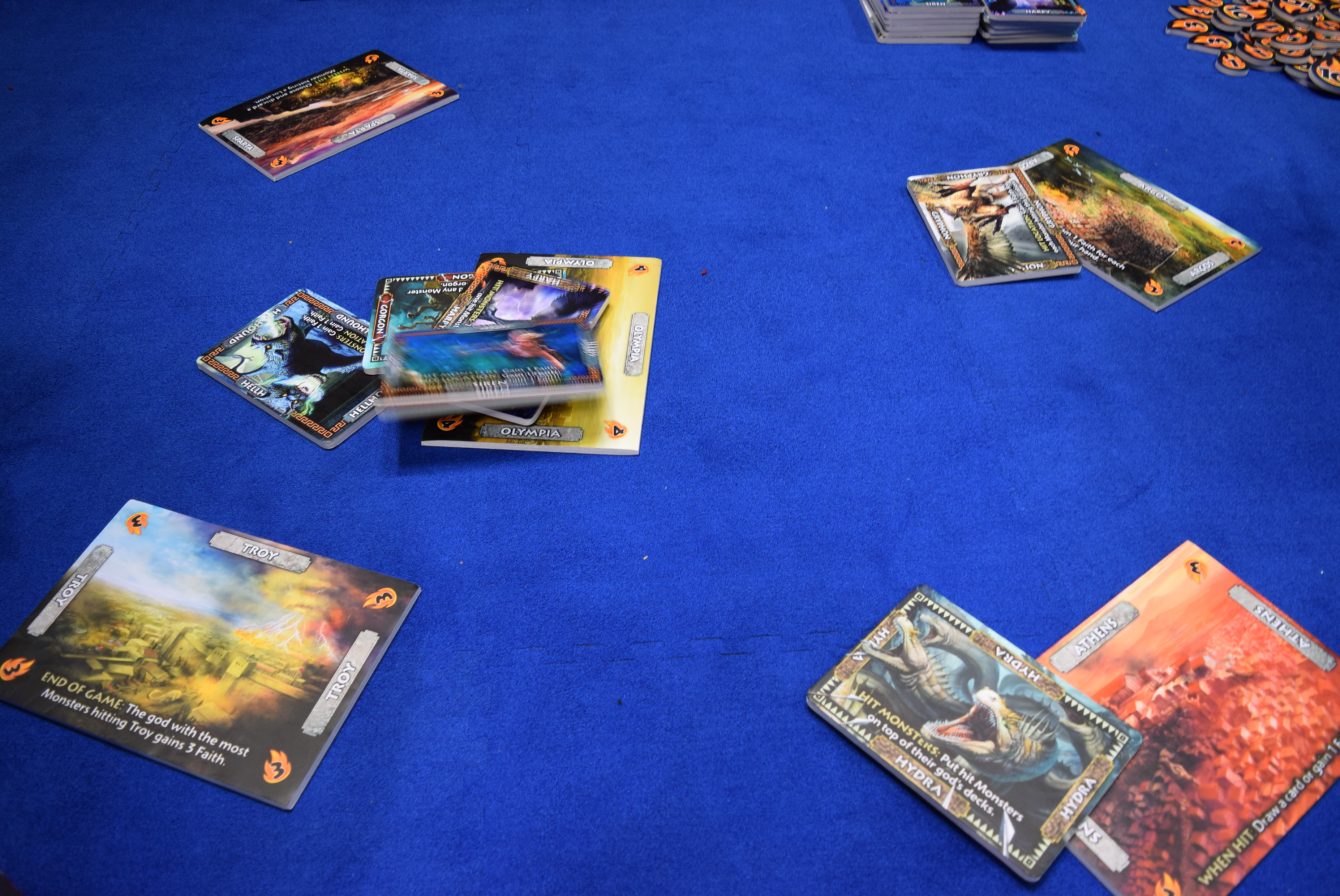 You have to make sure you throw from behind the edge of the table (Gods aren’t cheaters…at least in this game). Of course the gods like to mess with each other, so some of your monsters can act as traps for others.

Jess: Monstrous looks like a pretty good time. I like how each monster has different powers which can affect the board depending on when it is played and how it lands. It may seem simple at first, but the various powers means you really have to be strategic about which monsters you toss at the unsuspecting mortals first. By the time you master the game you’ll be doing trick throws and called shots that will the assembled gods roaring with approval.

Good Games looks like it has some, well, good games coming our way! The quality of the components is awesome, the art fantastic, and solid looking gameplay from what we have seen of Monstrous. Definitely keep Good Games on your radar.