Welcome art fans to Masterpiece Meeple Corner our monthly article where we interview another amazing board game artist. This month we are talking with the talented Stephen S. Gibson, an artist new to the board game community.

Diana: Stephen, what inspired you to become an artist?

Stephen: Well, the first time I remember getting excited about art was seeing my oldest sister sketching a portrait of Marvel’s Venom. I just though it was super cool she could do that and realized *I* could do that too! So I went and grabbed my wolverine action figure and started tracing him on some paper and filling in details. I was probably 6 or 7 at the time. From then on, drawing was just the easiest way to portray and express my imagination, which was wildly active. Heck, it was a lot of fun too. 😉

Diana: What, if any, formal art training do you have?

Stephen: Formally, I did a 3 year program at Humber College in Toronto for “3D Animation, Art and Design”. They taught us everything from modelling, sculpting, life drawing, TV promos, visual FX, animation, method acting and so on. It was a robust course, though we mainly focused on animation and 3D modelling. I graduated with the intent of being a texture artist and 3D modeler.

Diana: Awesome! So,what tools do you use to make your art? What is your process?

Stephen: I pretty much only use Photoshop for my art, though I’m hoping to integrate Zbrush soon. As for my process, I photobash a lot (which is taking random photo’s and mashing them together and then painting over it). I think I work like most artists, start with the bigger picture and composition and then refine it in terms of lighting, little details and so on. My favorite part is the last 5% of the painting, when it goes from looking ok to looking really cool and detailed.

Diana: What got you interested in/started with doing art for board games?

Stephen: I kind of stumbled into it. I had lost my job and couldn’t find more work. I started making my own mobile app and after numerous partners bailing on me, I decided I needed to do something that I could do alone and not have to rely on anyone else. See, I wasn’t a programmer, and it’s pretty dang hard to make an app without a programmer. So, I took my mobile app concept and reworked it into a physical card game. I had always made little card games for fun when I was growing up so it felt like a pretty natural transition.

Diana: Well, I for one am excited that you switched to board games! So, what inspired you when you were doing the art for Grimslingers?

Stephen: Everything. No really, everything. If you get to know Grimslingers, you know it’s got references to all sorts of stuff. It’s a sci-fi fantasy western, it’s got robots, witches, wizards, aliens, demons, talking llamas…basically anything goes. I just wanted to be able to make anything and have it look really freakin’ cool. There’s a bazillion artists and movies that I drew on for inspiration visually and conceptually.

Another big factor for the art of Grimslingers was just time contraints. I needed to develop an art style that could be done quickly, photobashing was my answer to that.

Diana: If you could invite anyone in history (living or dead) to join your gaming group who would you invite and why? What game would you all play?

Stephen: I like how you assume I have friends and a gaming group. IF I had a gaming group and could invite anyone, I’d probably invite Donald Trump to play D&D with us.

Stephen:Our quest would be to make the Sword Coast great again, and you just know that dude is going to get into all kinds of funny shenanigans along the way. 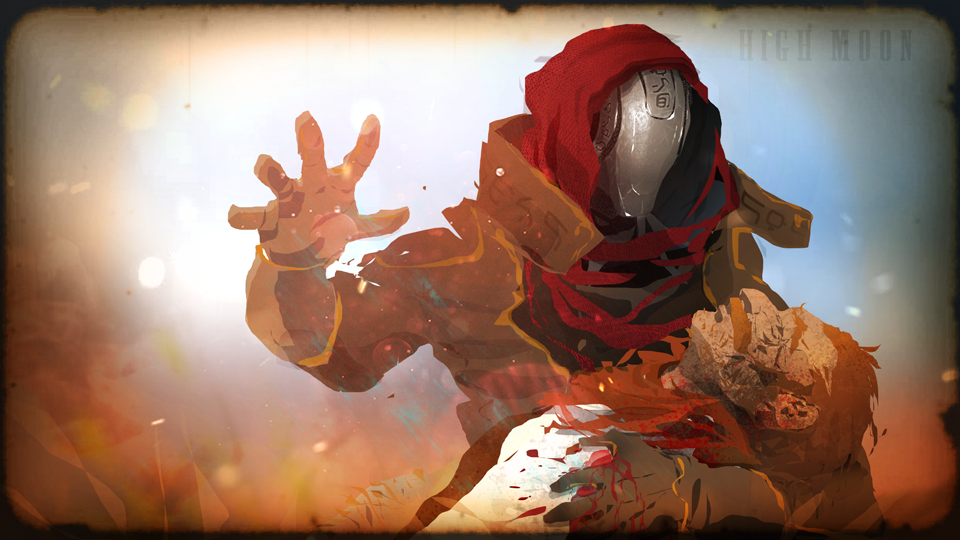 Diana: To be a fly on the wall for that game! What are your favorite board games?

Stephen: Honestly, I don’t regularly play boardgames. Yes, get your pitchforks now. Yes, I work for Greenbrier Games, a board game publisher. Yes, I’ve made my own boardgame…but I honestly just don’t get the chance to play them. I have kids, an immense workload and I prefer video games. I particularly play MMORPG’s, and you’ll notice that Grimslingers, and my future games, are very much influenced by MMORPG’s.

Anywho, if I had to pick a favorite board game besides my own, I’d say Risk. Mostly because I have fond memories of playing it with friends, not because I think it’s the greatest game of all time.

Diana: What projects are you working on right now?

Stephen: Remember when I said I had an immense workload?
*takes a deep breath* Grimslingers 2, Zpocalypse 2: Defend the Burbs, Hunter’s Guild Advanced, Folklore: The Affliction, Champions of Hara and one untitled dice roller by Brian Edwards. These are the most immediate ones, working as an Art Director for a publisher means I work on a lot of games and I also take on freelance jobs in my spare time.

Diana: Sounds like a ton of great opportunities to see your work in the future, where can your fans see more of your art now?

It has been super great talking with Stephen S. Gibson and I can’t wait to meet with other amazing artists. If there is a board game artist that you would like to know more about please let me know in the comments below.