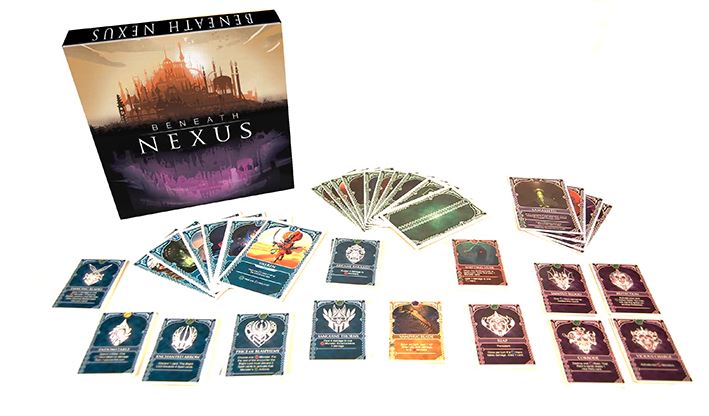 Beneath Nexus, the first outing from Silverclutch Games, has just funded on Kickstarter.  With just about 2 days left in its campaign, this asymmetrical card game for 3-6 players promises a unique dungeon crawling experience, where one player takes on the role of one of the sinister Blight Lords, bent on destruction, and the rest of the players each become one of the heroes of Nexus, trying to stop the Blight Lord at any cost.

Touting absolutely fantastic art and aesthetic, does Beneath Nexus deliver on its promise, or is it better off buried?  Read on to find out!

**Kickstarter Prototype Alert – Our copy was sent to us for preview by Silverclutch Games.  All components subject to revision**

Each player in Beneath Nexus will have their own unique deck of cards to manage their abilities.  The four Blight Lords all have distinct flavors; spawning lots of monsters, dealing direct damage to the heroes, or manipulating cards in other, more subtle ways. 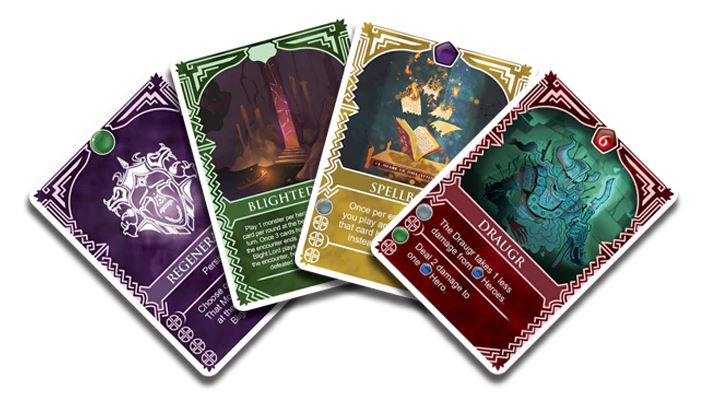 The heroes each fit into the roleplaying party archtypes; damage-dealers, healers, and high defense tanks who specialize in keeping the rest of the party from being targeted.  A strong team of heroes will have enough diversity to cover each of these necessary roles, but each hero has some unique twists and abilities, making all of them desirable but none of them obligatory.

Andrew:  Normally, in Kickstarter preview mode, we spend some time really describing the mechanics of a game, but while there is nothing overly complex about Beneath Nexus, it has enough little rules and character-specific card interactions, that we are going to keep things very brief and light.  If you want a bit more detail, here’s a video from the folks at Silverclutch explaining gameplay more thoroughly.

But in summary, Beneath Nexus is, as the KS page says, an asymmetrical dungeon crawl.  Spread out over the course of 3 (or fewer) Encounters, each game of Beneath Nexus sees the heroes exploring various locations, encountering monsters, and, hopefully, facing and defeating one of the four Blight Lords.

At each encounter, players will face foes and unique rules, as dictated by the particular Dungeon card they are exploring.  Combat is tactical and cooperative; the Heroes will need to coordinate their tactics and ability usage to defeat foes, capitalizing on the strengths of each of Beneath Nexus’ unique hero characters, such as Toa, the powerful self-healing tank, or Baatar, a lightning fast attacker who helps her allies draw extra cards. 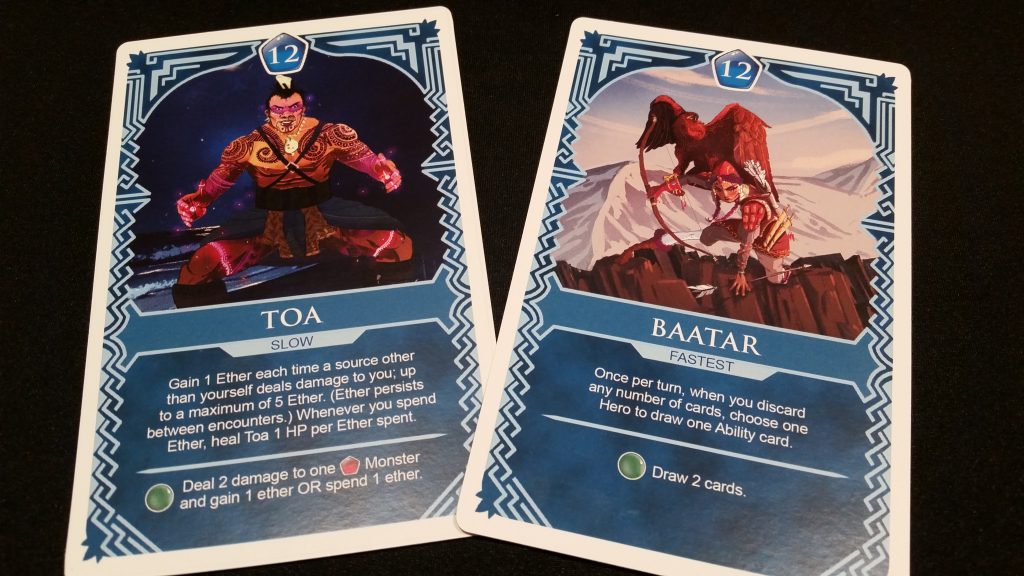 The Blight Lord player, alone against the rest, has proportionately more powerful abilities and a horde of monsters to call upon.  During the first two encounters, the Blight Lord will try to weaken and defeat the heroes, because should they reach the third encounter, they will face the Blight Lord itself.  Should the heroes manage to defeat the Blight Lord, then they win the game as a group.  But once face-to-face, each Blight Lord has even more potent abilities that will make felling them a monumental challenge. 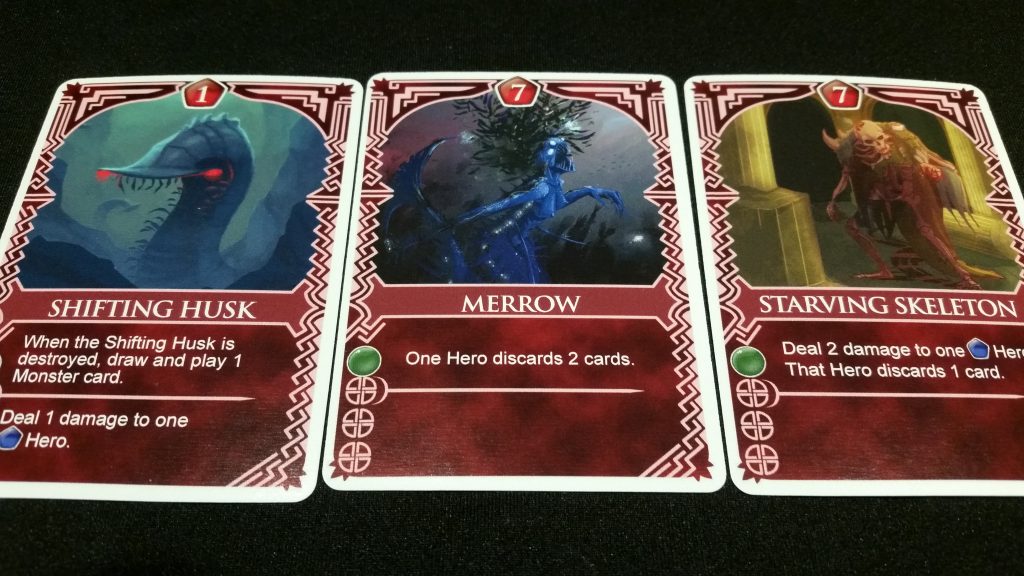 Jess:  Beneath Nexus uses really simple, clean iconography on its cards to organize abilities.  They also make use of some keywords that players will need to learn, like Scatter or Hidden. But it didn’t take too long before it all made sense and things were humming along.  A cheat sheet wouldn’t be amiss, though. 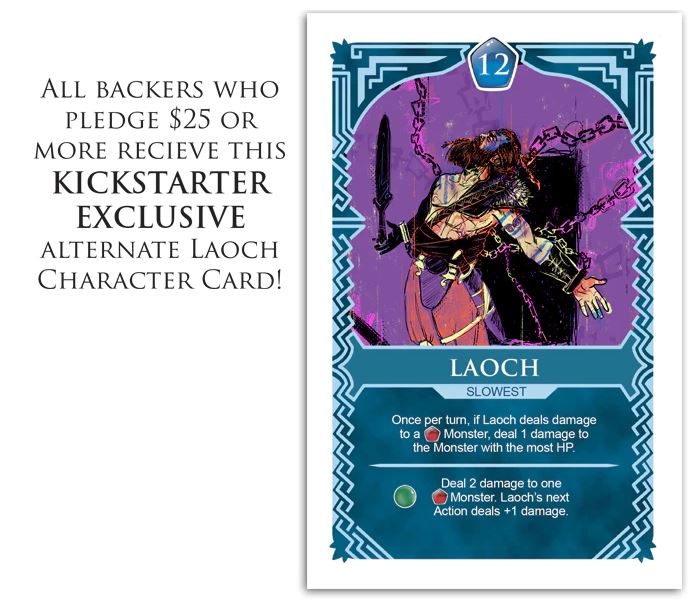 Andrew:  Agreed.  Asymmetrical games of this style, the 1-vs-many, are actually some of my favorites, when they are done right.  As a longtime roleplayer (and often GM), I am really comfortable with games that put one player in the role of controlling the villains, while the others play a cooperative game about beating the bad guys.

Jess:  Yeah, which is strange, since we dislike direct contention so much.  There are a lot of games that handle this badly, and create a really negative experience.  But when it works, it’s awesome! 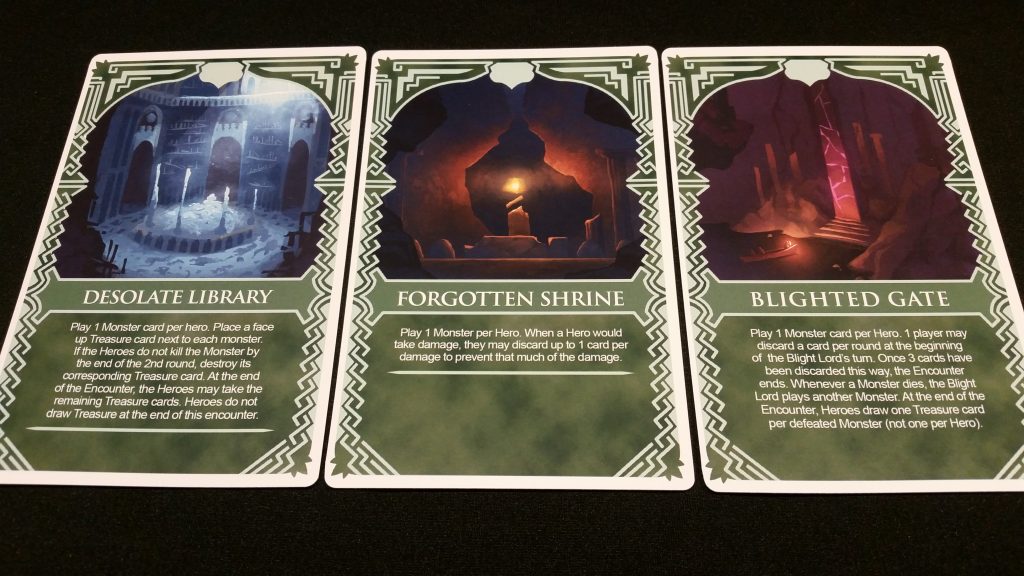 And we are pleased to say that, in Beneath Nexus, it really does work.  The hero and Blight Lord decks are already well-balanced, and each one truly feels unique.  The artwork is *phenomenal* and fresh; nothing feels stereotypical or expected in its presentation or theme.  Even when creating characters who must fit within the prescribed party roles, such as tank, the team at Silverclutch has worked hard to keep every aspect of the game feeling interesting and engaging, and most importantly fun to play.

We strongly recommend heading over to the Beneath Nexus Kickstarter page and checking it out.  Funded and growing, we really can’t wait to see what Silverclutch has in store for this game, because we think it has all the potential in the world.

(Thanks to Silverclutch Games for providing our prototype for preview. Their generosity didn’t influence our opinions)

One thought on “Beneath Nexus Kickstarter Preview”