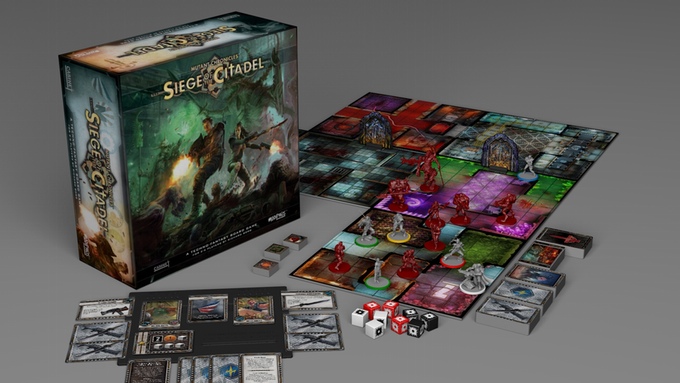 Together these two companies are Kickstarting the second edition of Mutant Chronicles: Siege of the Citadel.

The mini’s based game was first introduced in 1993 and is being revamped by a team of Richard Borg (original designer of Siege of the Citadel), Eric M Lang (Blood Rage, Warhammer 40,000: Conquest, The Others), Kevin Wilson ( Descent: Journeys in the Dark, Arkham Horror, Android), Jay Little (X:Wing Miniatures Game, the Star Wars Edge of the Empire Roleplaying Game, Mutant Chronicles Roleplaying Game) , and Anders Fager (Swedish horror novelist). 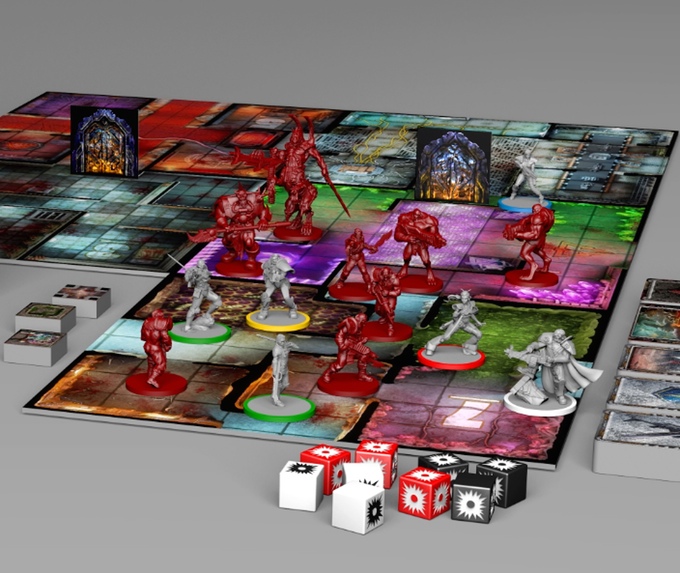 This game designing greats are updating the rules, art, and minis to bring you a 1-5 player cooperative campaign style game set in the Mutant Chronicles universe. In the game, each player is part of one of the 5 corporations (Imperial, Cybertronic, Mishima, Capitol, or Bauhaus) who are working together to prevent the Dark Legion from taking over the solar system. The campaign is composed of several missions which will lead the players through a dark sci-fi story full of alien enemies, powerful weaponry and abilities, and secrets to uncover. 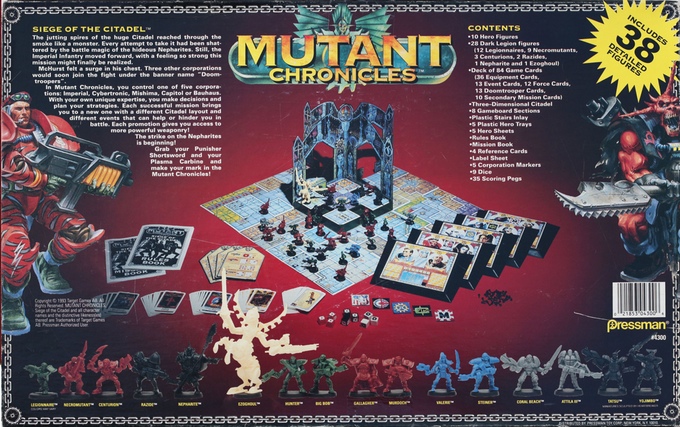 CEO & president of Cabinet Entertainment, AFredrik Malmberg, said “Siege of the Citadel was groundbreaking for its cooperative campaign play and it launched a beloved franchise with tabletop games and spawned video games, collectible card games, comics and eventually inspired a feature film. The all-star team developing the new edition is spectacular and we can’t wait for fans to return to the Citadel!”

Jess: I’ve never played the original, but some of the names on this project caught my eye. They really do have a fantastic team of designers so I’m going to watch this one closely.