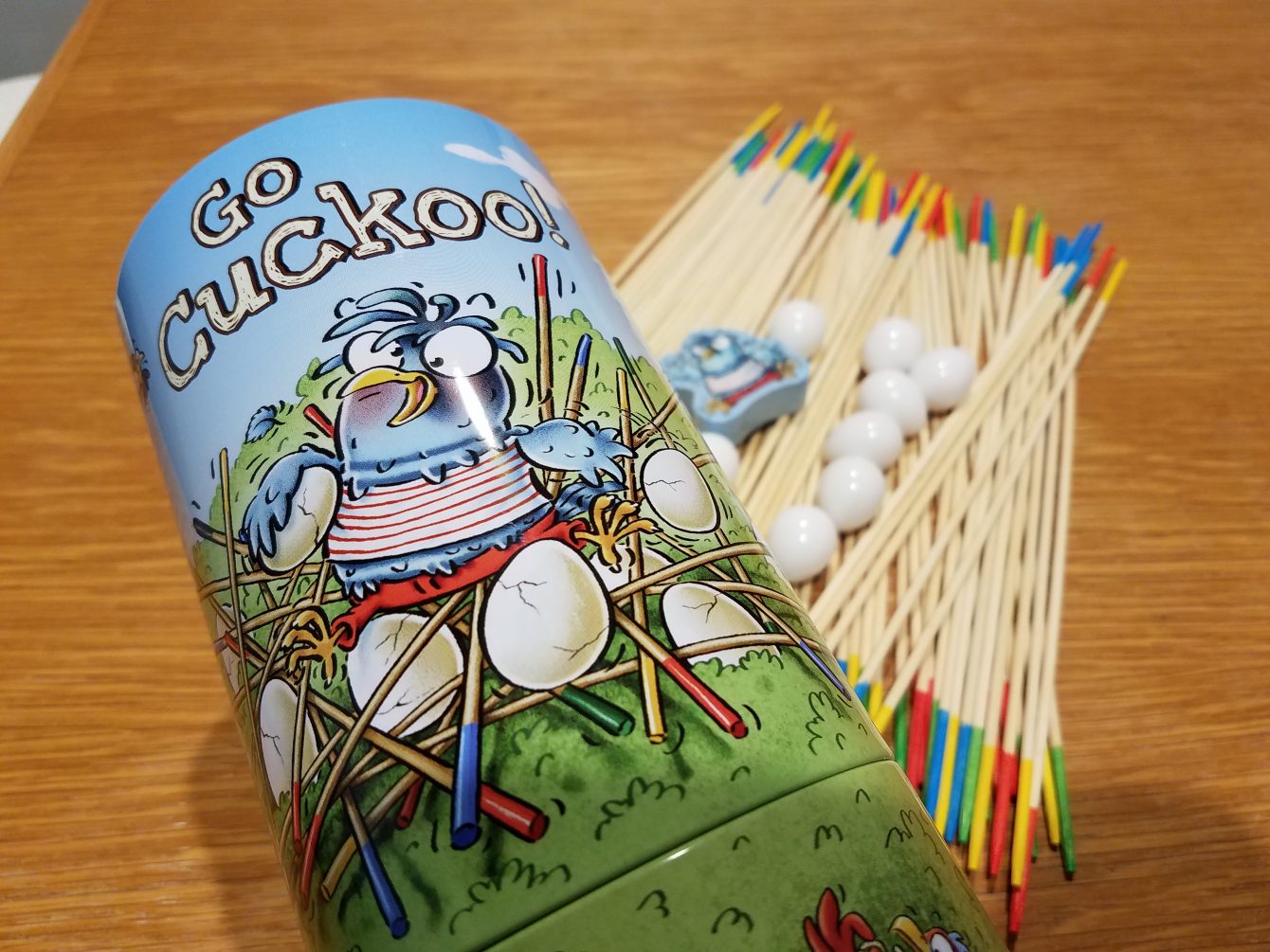 You know what?  I think HABA is pretty brilliant.  While the majority of their games are aimed squarely at kids, they are making better and better forays into the hobby gaming market.  Recently, we reviewed Treasure of the 13 Islands, with all its goofy blind token pushing, and had a great time doing it.  While at Gen Con, we absolutely had to snag a copy of Rox, a fast-playing card game that we broke out whenever we had a few spare moments.

Jess:  HABA is great!  They just keep making games that are family friendly, but are definitely good enough to play no matter what kind of group you’re in!

Andrew:  Definitely.  And I think I’d be hard-pressed to come up with a game that fits that description as well as Go Cuckoo!

Go Cuckoo! (featuring mandatory enthusiasm right there in the title) is a simple game of manual dexterity for 2-6 players.  The goal of the game is to build up a nest and be the first player to stash their eggs safely within.  Each turn, players will draw between 1 and 3 sticks from the tin cylinder that functions as both the container for the game and it’s ‘board’ of sorts.

Each stick is tipped on the ends with a color.  You will draw sticks until you either draw 3, or draw a stick with the same color on both ends, whichever comes first. 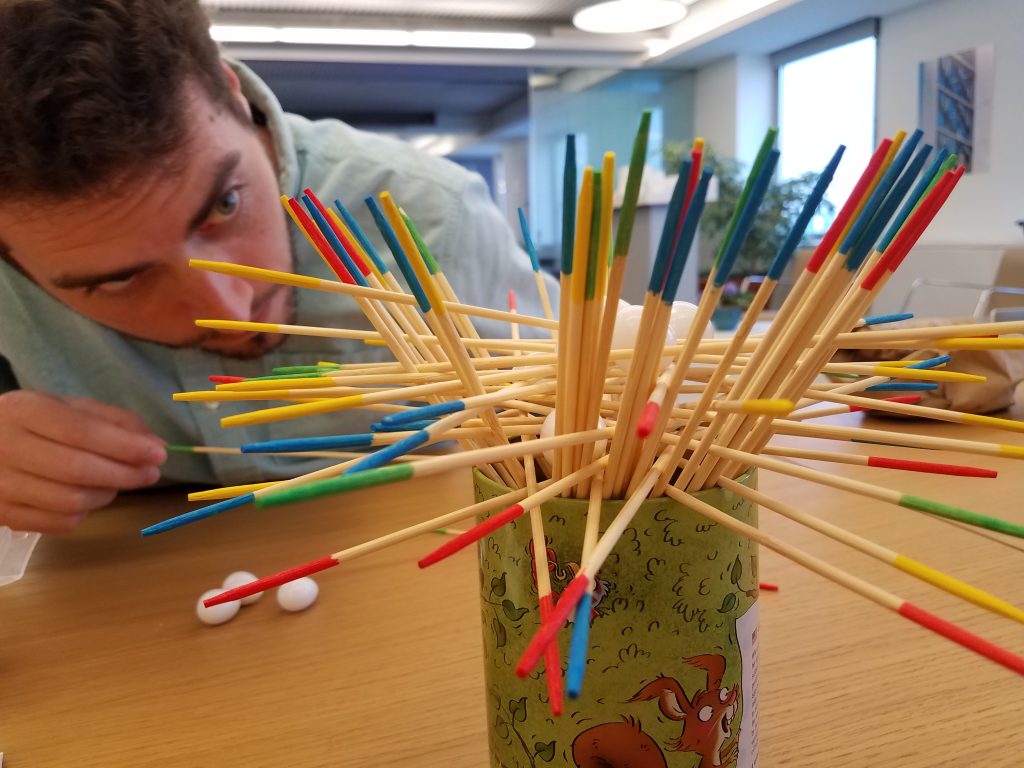 Once you’re done drawing, you have to add your sticks to the nest.  Only then (and only if you managed to draw a stick with the same color on both ends) can you attempt to add one of your eggs to the ever-growing, frequently-shifting pile, until you hopefully add your last, balance the Cuckoo, and win!

Jess:  Of course, it’s not that easy.  If on your turn any eggs already in the nest fall, either out of the nest entirely or into the tin, you get penalized, taking eggs from your opponents to make up the difference.  And, also of course, you should feel ashamed of yourself for letting the little eggs come to harm!

Andrew:  At first, placing is really hard – the sticks shift and move easily, and it’s common for my first egg (or three) to fall into the can.  But as the nest gets built up, there are more and more structurally stable spots to add eggs.

Jess:  Right!  But on the other hand, that means there’s more tension on the standing sticks, which makes drawing them scarier and scarier as the game goes on.  It’s a really cool balancing act, both literally and design-wise.

Go Cuckoo! is a fantastic little game.  While it looks like a kids game, the fact is that the spacial puzzle of placing eggs may be a little difficult for younger players.  We actually think of this as more of a light, fun filler game for older gamers, but we’re sure little ones could have a good time as well.

Andrew:  For such a straightforward game, Go Cuckoo! is just simply fun.  Well designed with high-quality components and surprisingly portable (though the canister isn’t exactly small, it takes up basically no table space), we really love it!

Jess:  Yeah!  And, again, not that I am in any way officially endorsing this, but-

Andrew:  I know, this would make an amazing drinking game, and I say that as someone who doesn’t even really drink!  What is with all these great HABA family games that could easily incorporate alcohol?

Jess:  Hey, can’t argue with flexible design choices!  But seriously, shame on us for thinking of it.

(Gameosity was sent a copy of this title for review.  We were not otherwise compensated.)