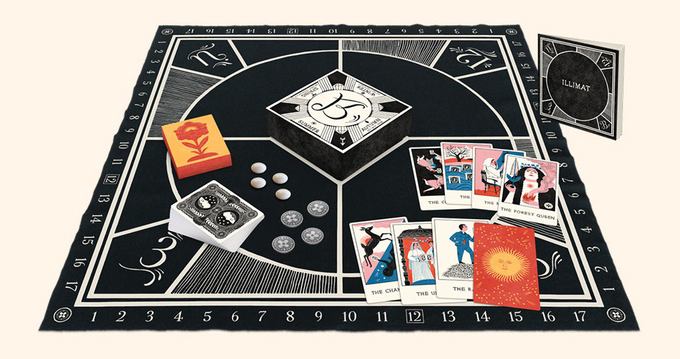 
There are only a few hours left on the Illimat Kickstarter campaign and this past Saturday we had the pleasure of checking the game out during Kickstarter’s Ghost Arcade, an event that showcased many Kickstarted games.

Illimat is a trick taking game with a twist. The game was designed by Keith Baker for the band, The Decemberists. Twogether Studios has already raised $321,941 in funding and unlocked a bunch of stretch goals, but is the game fun?

Jess: During the Ghost Arcade, Keith Baker walked us through his game and I really enjoyed it. The design really looks like something you might find in a 1920’s occult parlor surrounded by magicians, sonambulists, and other mystical types.

The game uses a deck of playing cards with 5 suits: Spring, Summer, Fall, Winter, and the Stars. You’ll be doing your best to create sets of cards that will gain you points. Each turn you will decide to perform 1 of 3 actions: Harvest, Stockpile, or Sow. 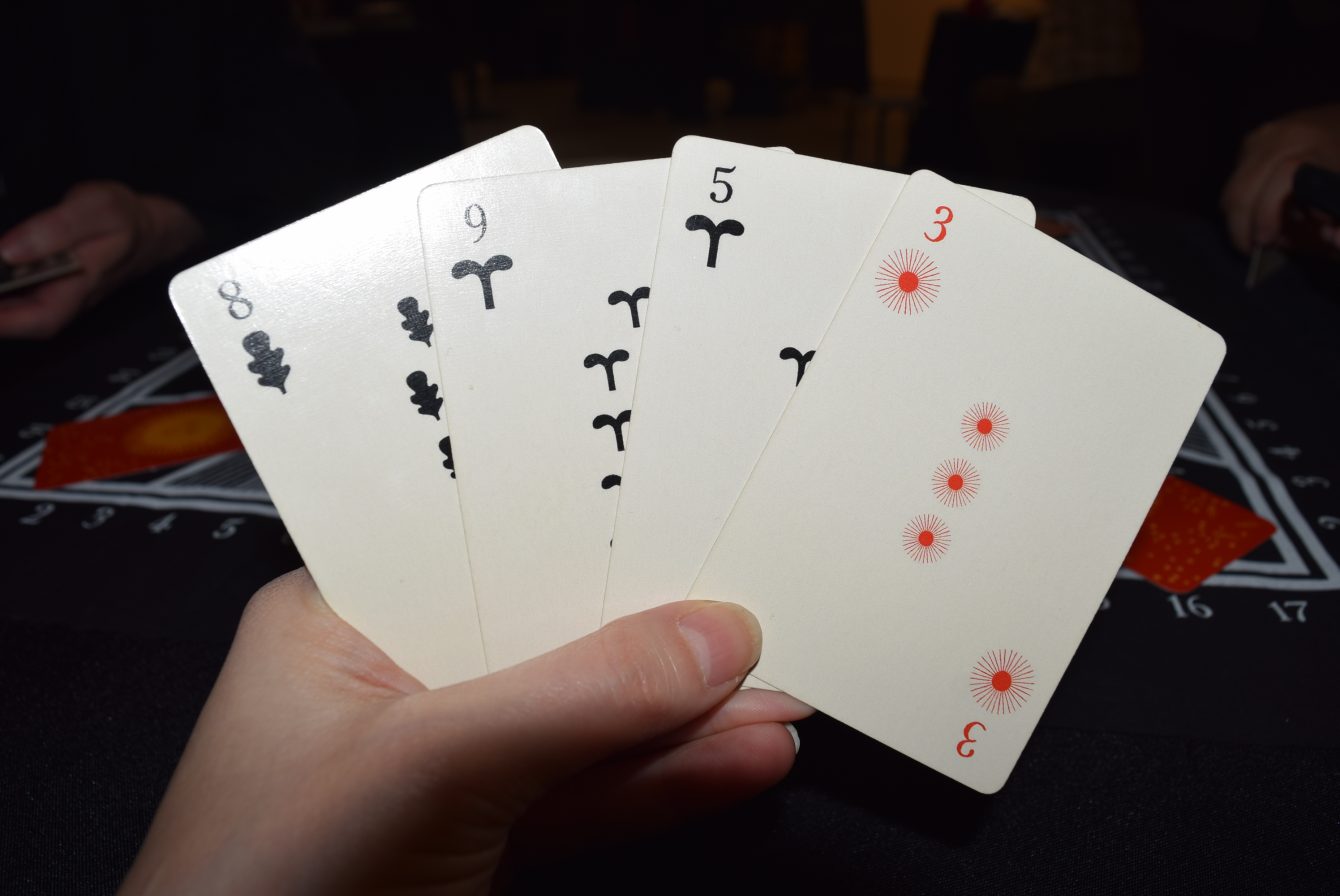 Sowing is the simplest action you can take. You simply discard 1 card from your hand into 1 of the 4 fields on the board. This is a great way to create a situation that will benefit you in the future when harvesting. 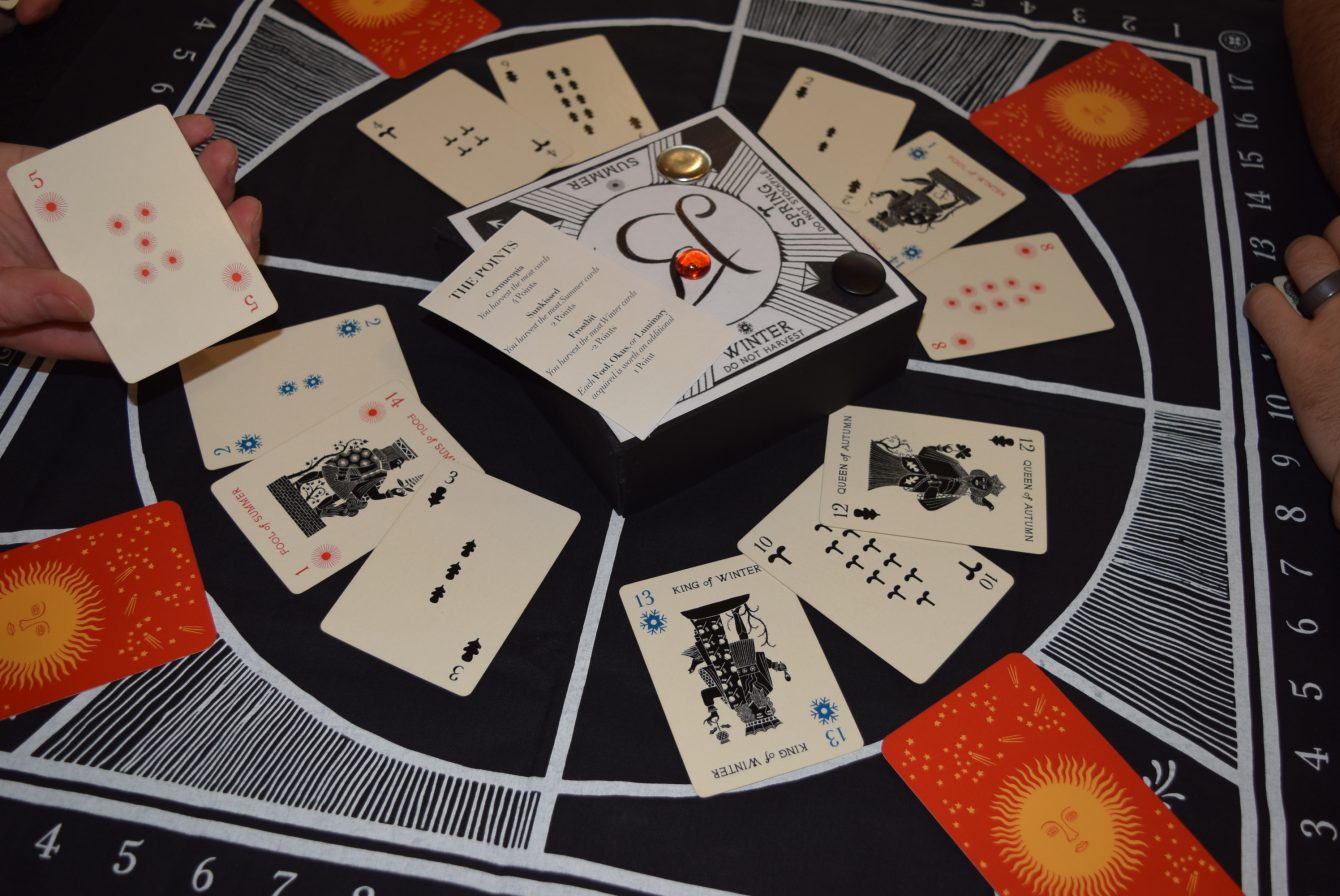 With harvesting, you can take any card/s from one of the 4 fields on the game board so long as it matches or adds up to a card in your hand. For example in you are holding a 10 in your hand, you can pick up another 10, a pair of fives, a 4 and a 6, and so on. You place the collected cards in your score pile and your turn ends.

Last, but not least, stockpiling lets you add a card to another card in a field to create a sum that equals a card you are holding. Say you have a 2 and a 4 in hand and there is a 2 on the table. You can add your 2 to the table 2 and on your next turn, you’ll be able to pick up that combined set with your 4. The only risk is that someone else might also have a 4 and pick up your newly constructed set.

The 4 bright orange cards on the corners of the board are the luminaries. These tarot sized cards change the rules of the game as they are revealed. You turn them over once the field they are next to is emptied of cards. Each Luminary card is unique and features the gorgeous illustrations of Carson Ellis. 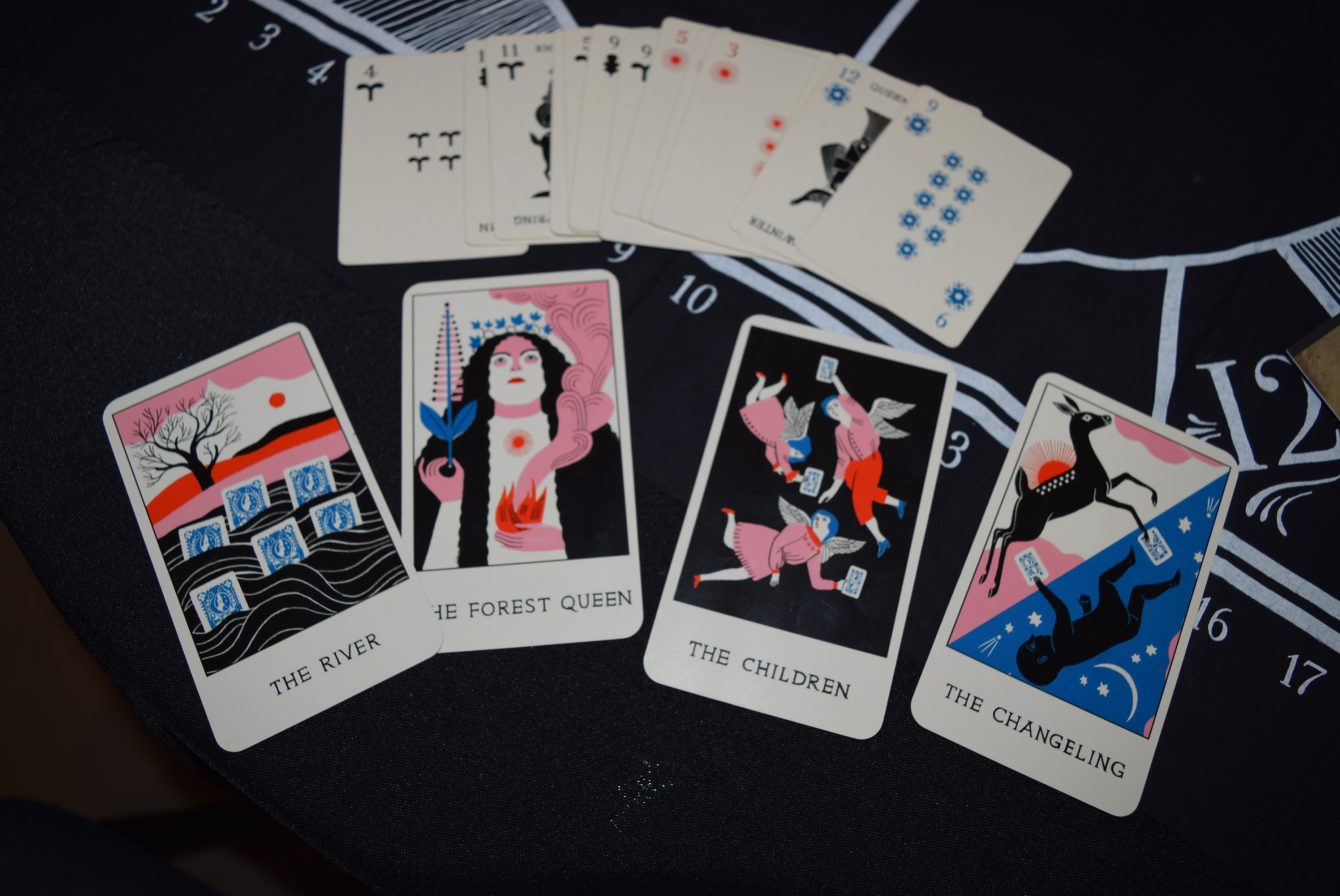 The really original piece in this game is the box. It not only holds the cloth board, 65 card deck, 8 luminary cards, tokens, counters, and rulebook, but it also acts as the Illimat, a magical box that controls the seasons.

Jess: Each season has different rules that will affect the field it is pointed at. You cannot harvest in winter and don’t even think about sowing in fall. What are you? a farming madman?!? 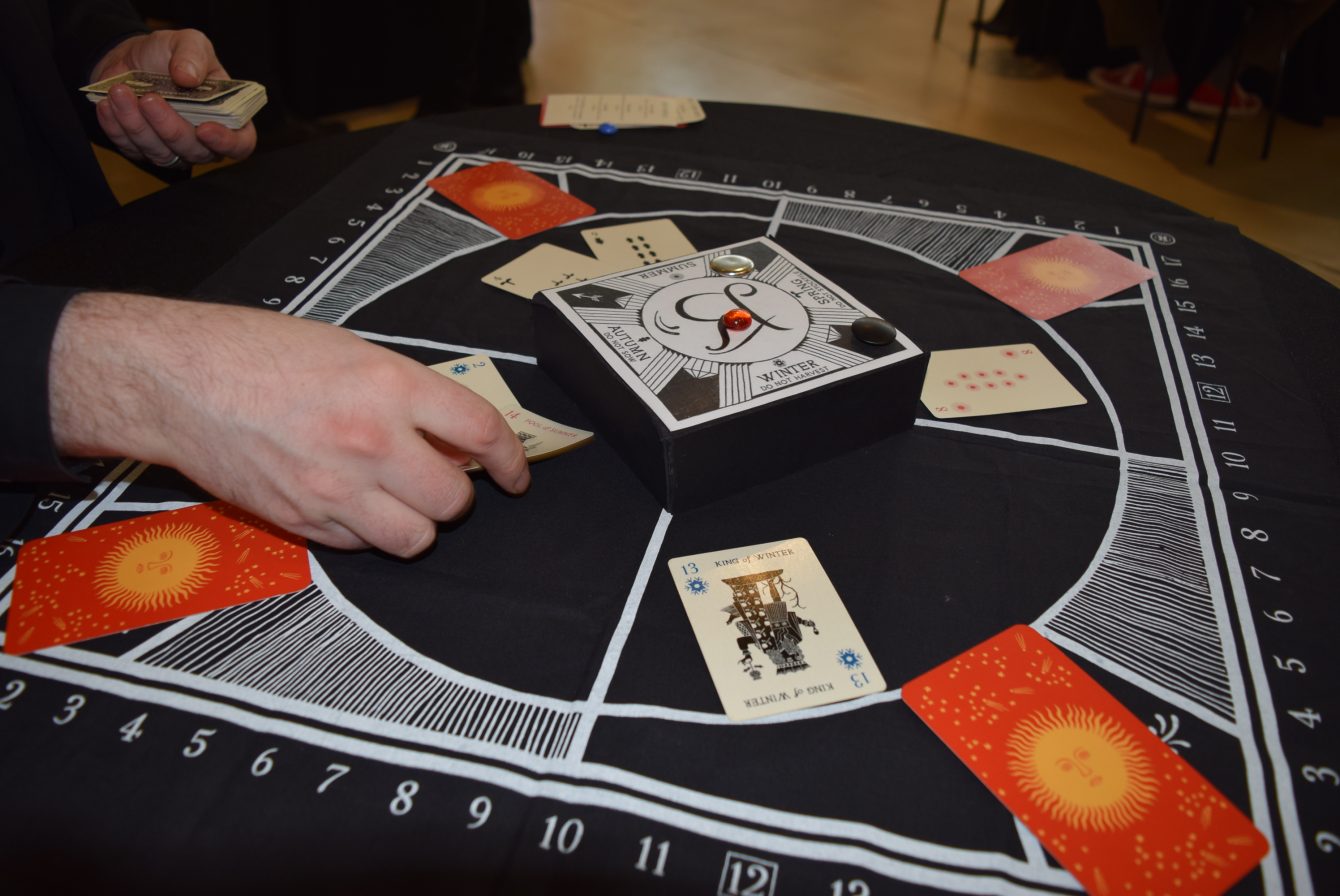 Andrew: The game is really clever in a lot of ways, but in the brief time we had with it, one player really smoked us. It may not have an actual balance problem, though – the winner was the designer’s brother-in-law so we figure he might have had an upper hand…

Jess: I think with a few more rounds we might have been able to shift the balance, but as it was, the game felt very different and fun. I really enjoyed trying to plot out the best places to plant my cards so I could reap large swaths of points.

If you are looking for an interesting take on the trick-taking genre, go check out the Illimat Kickstarter before it’s too late!