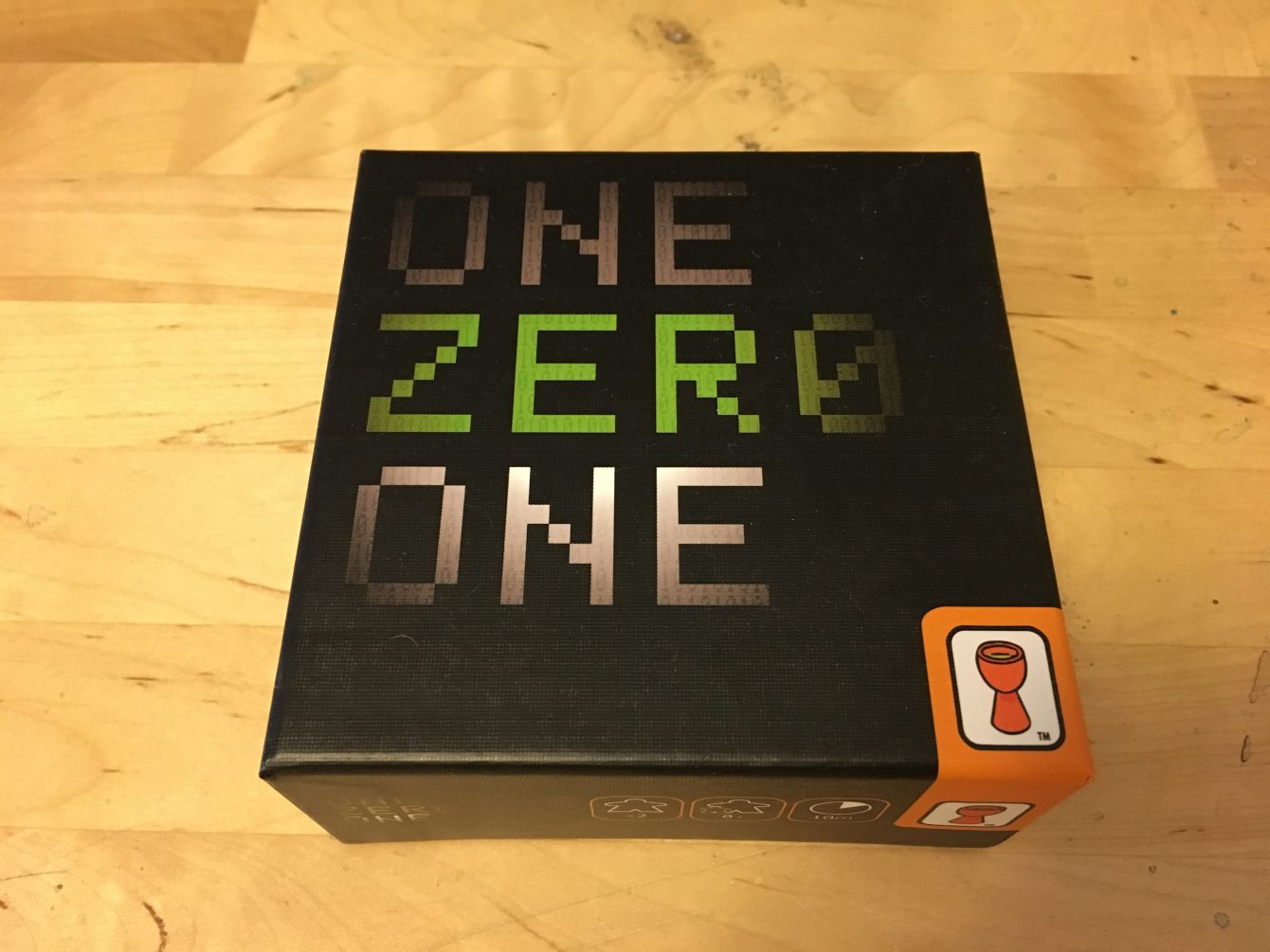 One Zero One tries to convey the feel of dueling computer programmers fighting over lines of code, but it doesn't quite add up to more than the sum of its parts.

Right from the start I found myself intrigued by the overall concept of One Zero One – from designer David Harding and publisher Grail Games. It’s a two-player competitive card game about binary computer programming. I mean come on! Cool and weird as the idea may be, though, it didn’t quite live up to my hopes.

One Zero One is actually quite straightforward for a game about computer programming. Each player has their own deck of 16 cards, one for Zeroes and another for Ones, but both are functionally the same – the only real difference is how each player may end up shuffling them. From there it’s all a matter of who plays what and where.

There are a total of five command lines where players can place their cards (10, 20, 30, 40, and 50), and the game doesn’t end until line 50 has a total of three cards in it. Seems simple enough, but cards can usually only be placed in a command line when the lines above it have three or more cards placed in them already – so there’s this semi-requisite structure to how things are added to and built up. When a player has majority control in a command line, it’s considered theirs, and the player with the most lines under their control at the end of the game wins.

Some cards have actual commands on them in addition to their base number, which can mix things up a bit. Some might delete a card from an adjacent space, another might let you place a second card on your turn, and so on. These added wrinkles give One Zero One a bit of a tactical vibe, which is nice, but it never really feels all that satisfying to play.

I mean it’s not bad, and I’d even call it a pretty decent bit of light filler or a gateway game, but once we finished our game there wasn’t any desire to jump back in. The cards do well to convey the “computer program” idea and motif, and the way they can sometimes shift things around the play area to create a sort of tug-of-war for control is alright, but taking over a line or even winning the game was never very satisfying. I’d say that adding some of the expansion cards that have different functions made a difference, but rules wise you’re never supposed to exceed the 16 card limit so you’re not really able to play around with too many possible card combinations.

Again, One Zero One makes for a decent introductory card game for tabletop newcomers, and can serve as an okay segue between meatier games. It’s not bad, it’s not boring, but it’s also not all that satisfying. With so many other more entertaining tactical card games out there, the theme is really all it has going for it.

(Gameosity received a copy of 101 from Grail Games for review.  We were not otherwise compensated)