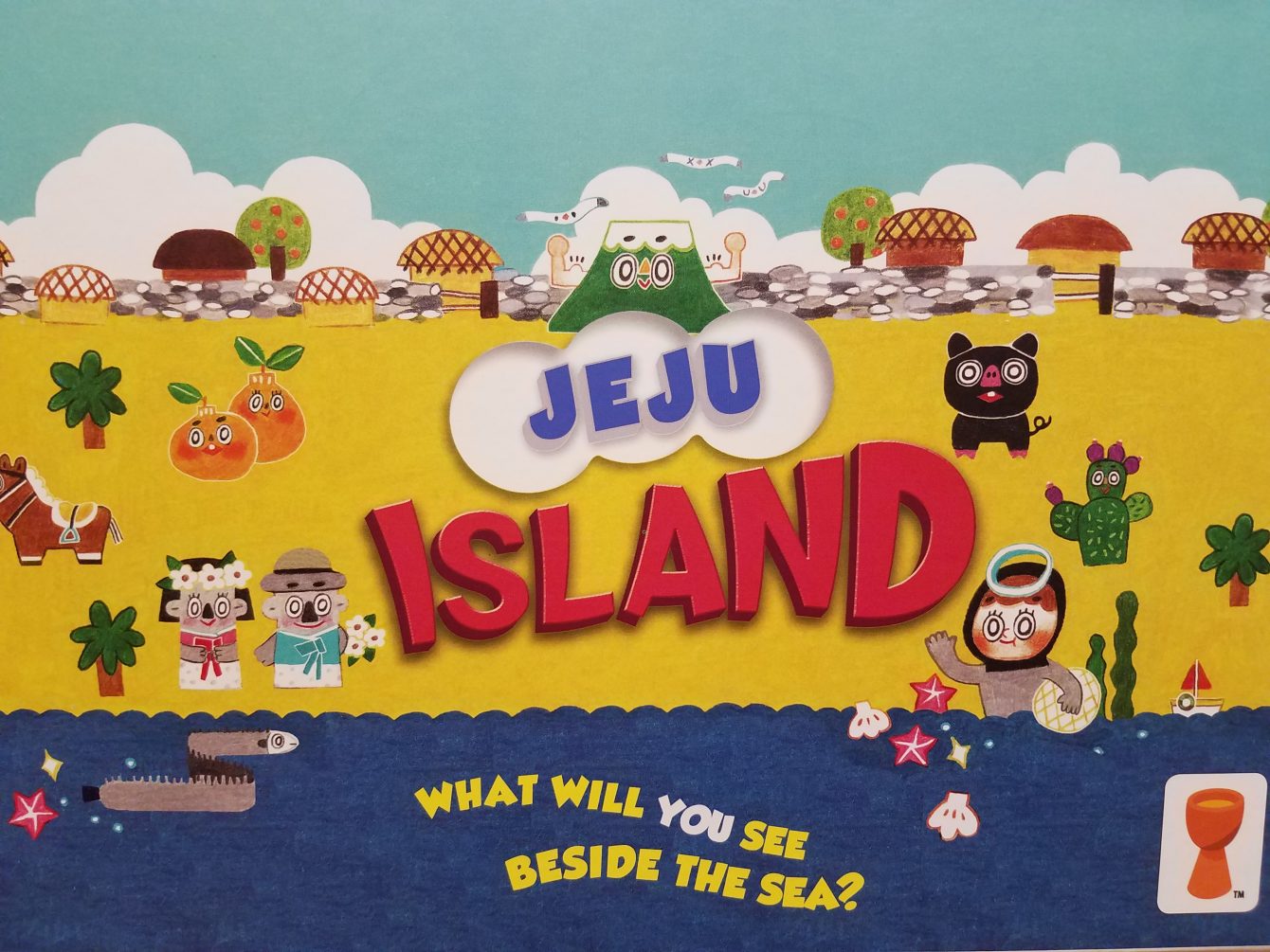 Jeju Island is a light, fun filler that keeps everyone engaged every turn.  It lacks real strategic depth, but, hey, it's a fun way to burn a half hour.

There is something to be said for classic board game mechanisms presented in new, accessible ways.  Designed by Yeon-Min Jung, Gun-Hee Kim, & Jun-Hyup Kim, and published locally by Grail Games, Jeju Island is a simple, adorably presented set collection game about tourists visiting the titular island, an apparently stunning tourist attraction off the South Korean peninsula.  Gameplay is built around a mancala mechanic and pictures of things with eyes that shouldn’t have eyes, like cacti and mountains. 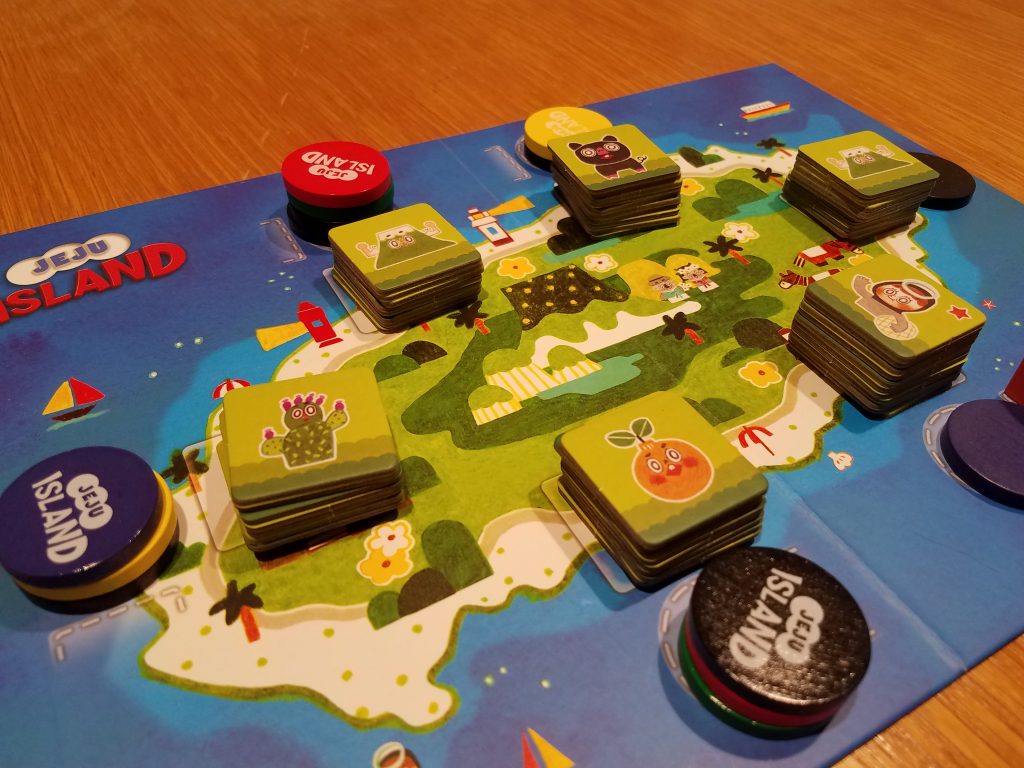 The goal of Jeju Island is to end the game with the most points – points you earn from snagging objective cards featuring different combinations of Sightseeing tiles.  Most of the cards give you straight up points, but a couple feature additional symbols, which I’ll get to in a second.

On your turn, you will take one of two actions.  Either you will select one of the piles of tokens that has your color in it (regardless of where it is in the stack – it needn’t be on top or whatever).  Then you will move that pile in either direction around the island, dropping one token on each stack you move past, until you are done.  Then, every player (not just the active one) collects the top tile from every location where their token is at the top of the stack.

The other option, of course, is to buy a point card with your collected tokens.  To do so, you simply spend Sightseeing tiles you’ve previously collected to grab one card you can afford.  In addition to points, the other symbols are: 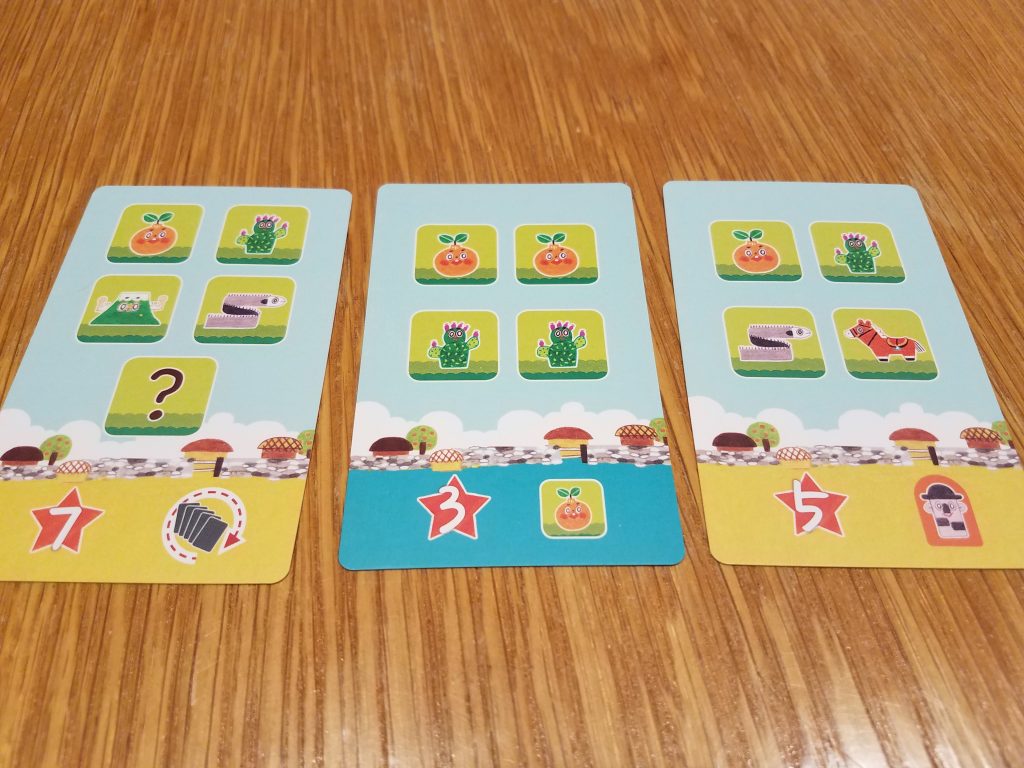 Ok, stop snickering at that last one.  Harubang statues are a feature of the real Jeju Island, and in the game, the Harubang Statue sits beside one of the piles of Sightseeing tiles.  When any player claims a tile from beside the Harubang statue (or when someone purchases a card featuring its icon), they get to move the statue to any pile and claim the top tile of that pile.

Mastering the mancala mechanism, to put your tokens on the right piles, is the core of the strategy of Jeju Island, but clever Harubanging is the key to…I SAID STOP SNICKERING.

Anyway, Jeju Island is a simple game, with lots going for it.  It’s quick and light, 30 minutes at most, and because of the structure of the game, it’s no longer with 4 players than with 2.  We really like it at all counts, and enjoy it as a palate cleanser at the end of game nights.

The physical presentation is great (I added a small bag for the tiles, but that’s just me) and gameplay is so fun and simple that it could easily be a ‘lunchtime’ game, something to break out for a little relaxation before heading back to work.

Of course, its strengths could be cited as its weaknesses – it’s a feather-light game with relatively minimal tactical decisions, but the fact is that its structure keeps every player invested in every turn, something we really appreciate.

Jeju Island is a solid little filler at just the right duration for its weight class.  We highly recommend it for anyone who enjoys that mancala style mechanism and googly eyes on random things!

One thought on “Jeju Island Review”