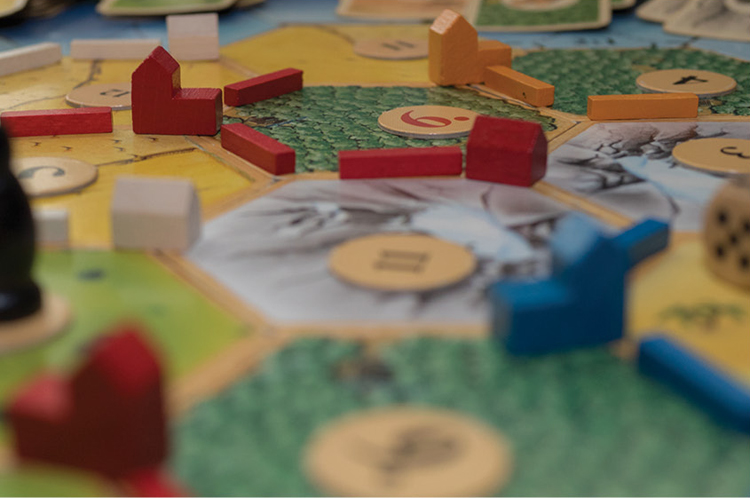 Douglas Morse is a man who loves games. He not only enjoys playing them, but has invested years into projects that celebrate his chosen hobby. Douglas is the director behind The Next Great American Game, a documentary on the creation of a game called Turnpike. Designers and players alike have enjoyed his film and see it as a great introduction to the board game industry.

His next project, a book called Wizards of the Tabletop, just wrapped up on Kickstarter. It showcases publishers, game table manufacturers, and industry professionals. Douglas was kind enough to give us a quick interview on the book and his other projects.

Jess: Wizards of the Tabletop is a really neat idea. What inspired it?

Douglas: I was working on a documentary about game designers. When I found out that one of my heroes, Steve Jackson, was going to be at Origins for s special event, I immediately tracked him down. He was taking on about a dozen opponents in an Ogre tournament to celebrate the imminent release of the ginormous designer’s edition. I had a press pass, so I felt justified filming much of the event and interviewing not only the participants, but many members of the Steve Jackson team including CEO Phil Reed and lead developer Daniel Jew. I was also just taking a few photos since I wasn’t taking video the whole time. 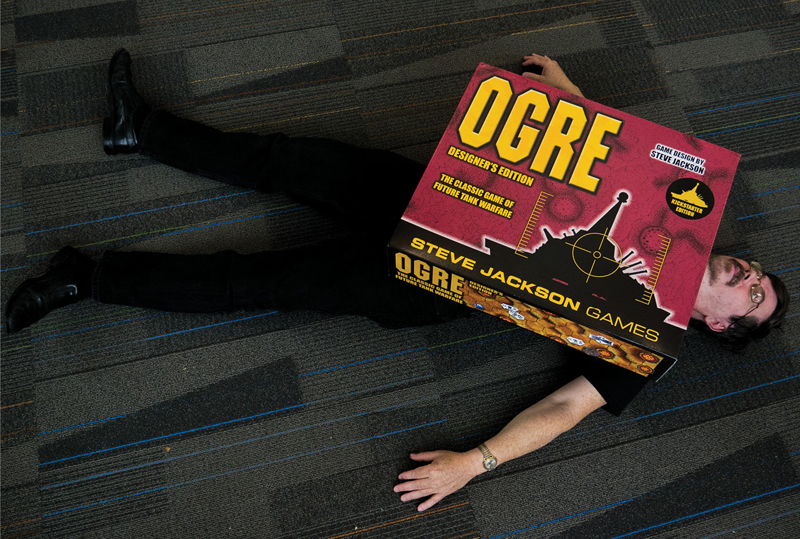 I then accosted Steve and he was very, very gracious with his time and we chatted for about half an hour. I asked him to pose with the Ogre box and that led to me asking him to lie down with the box crushing him (though it was empty at the time) and he was up for it.

As I interviewed designers over the next nine months of working on the film, I would often ask for a portrait. As I finished principal photography on what would become ‘The Next Great American game’ I continued to ask designers for some portrait time. When I went on a tour screening and showing the film at various cons, I always tried to schedule a few portraits. 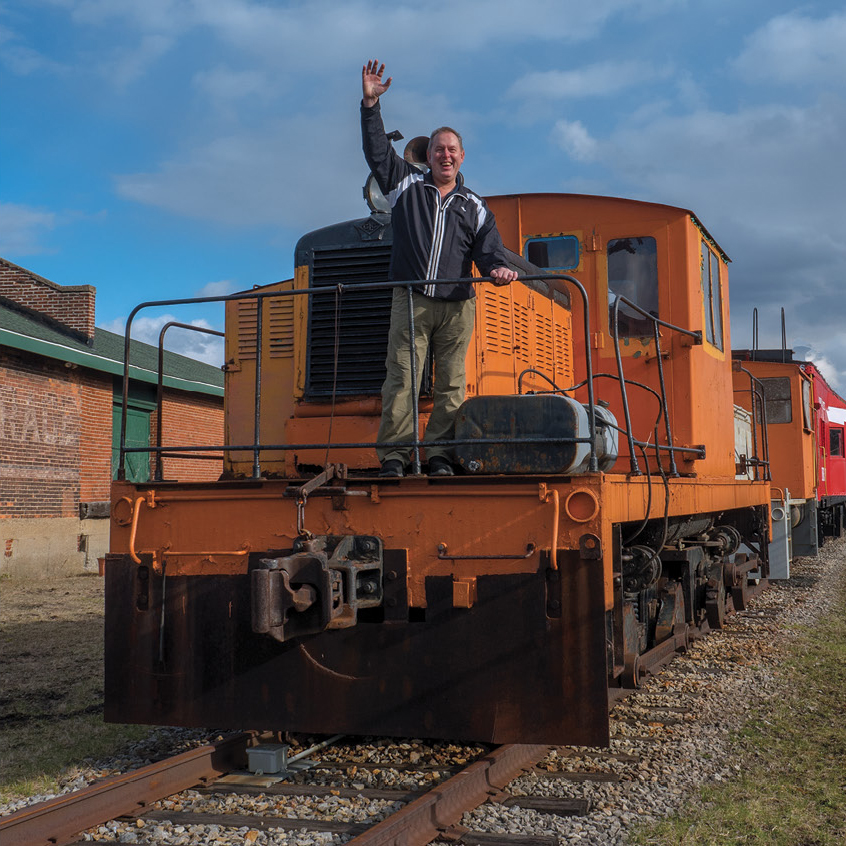 Jess: How did the designers react to the project?

Douglas: In general, great. Designers are creative crazy people themselves. But what they also are is busy. So often I would have to drag them away for a few minutes from time at a convention or whatnot. It didn’t give me a lot of time to set up shots. However, I was able to convince Alan R Moon (Ticket to Ride) to take a trip to a railway museum and Fridemann Friesse (Power Grid) to go to a power station museum.

Jess: There are a lot of awesome people featured Wizards of the Tabletop. How did you decide who to photograph and to include in your book?

Douglas: There was no real plan to it. In hindsight, I kind of wish there was. But like most artistic endeavors, you just go with your gut. The idea of having Christopher Badell ripping up cards seemed fun, so I asked him to do it. Matt standing on a pandemic board seemed like the right idea. These were people I had gotten to know through interviewing and seeing them at various conventions. I also tracked down designers whose games inspired me or in other cases, like Scott Alden or Brittanie Boe, people in the industry I knew and wanted to include if I could get a shot I was happy with.

A few of the shots were taken more on the fly because that’s all the opportunity there was. However, when I include those shots, it’s because I feel they do capture something important about the designer. 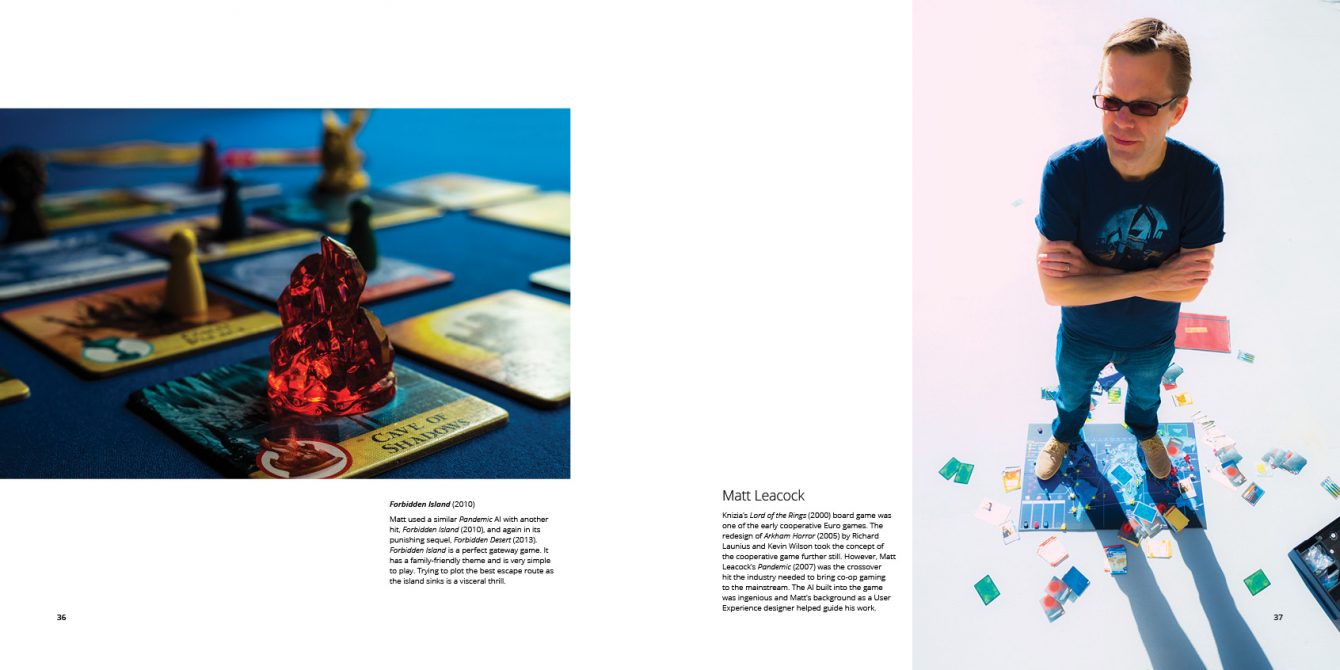 I had done an initial layout with Randall Hoyt doing the graphic design and even though he and my wife said that much of the text ‘stunk’ printed a one off. As I showed that to someone in my gaming meetup, they casually remarked that I had to start the book with Klaus. The organization had been more focused on when I took the photos. Then I realized that I had an informal history of the rise of the Euro game and I had photographed many of the seminal designers and many of the newer rising stars.

Based on the feedback and the revised focus of the book, I’ve been rewriting the text to be more of a history of the Euro and the entire book is much more successful as a piece. I use essential game releases and Spiel des Jahres winners to structure the book. It seems obvious in hindsight, but was not obvious to me for a long time. I think many game designers will tell you the same thing. The obvious, and correct, solution does not always present itself first. The creative arts are all about error and revision. 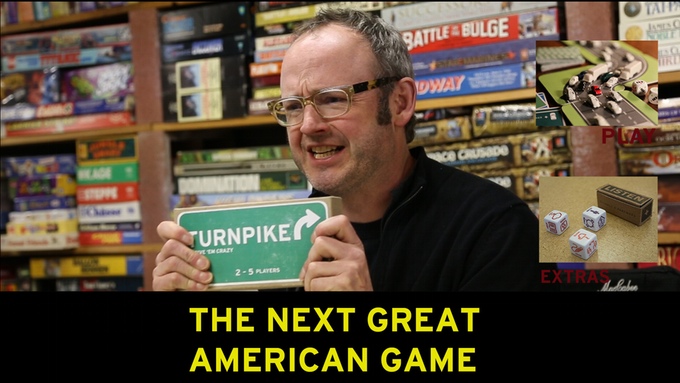 Jess: Your previous project was “The Next Great American Game” can you tell us a bit about it?

Douglas: When I conceived of making a documentary about game designers, I didn’t know what direction that would take. Perhaps it would follow one well established designer through their process, like Alan R Moon. Or perhaps it would be covering a rising star like Christopher Badell and even examine his collaboration with Richard Launius. The other possibility was following an unknown like John D Claire on a steady rise. Even the amazing Antoine Bauza was a potential. I took a lot of footage of these folks as I searched for the story.

But about five months into interviewing many potentials, I finally found the one. Or the one that was right for me. That was Randall Hoyt who was blindly driven to succeed with his game Turnpike. But he had no idea what to do. That is a great germ of a story. Then, he was very candid with personal struggles, and I knew that would add a depth to the film. Finally, I found him very charismatic and easy to relate to.

Thus, began a journey from Gen Con in 2013 to Origins of 2014 and by the end of 2014, I had finished the film and released it to my Kickstarter backers, and anyone else who wanted it, in early 2015. It got great reviews from the gaming press. I had a full, rich feature length documentary and over 3 hours of bonus interviews and featurettes.

Jess: How did you get into board gaming and what sort of gaming do you do now?

Douglas: It was Dungeons & Dragons that formed the core of my teenage experience. I also mastered Monopoly and although I never entered any official tournaments, knew the game, the odds, and all the strange little rules that not everyone is familiar with (like how to create a housing shortage). We also played a bevy of Steve Jackson Games like Car Wars, Illuminati and such and occasionally an Avalon Hill Game would creep in.

I liken filmmaking to role playing: setting up scenarios, creating characters, and a group collaborates on the unfolding storyline. I had finished graduate school in 1993 and in 1995 I think, a very small shop set up across East 5th Street: The Magic Hat was the storefront for a group of guys who were running a business buying, selling, and trading magic cards. They set up a tiny gaming space and it was there that I saw some people playing ‘Die Siedler’ – likely a German import and I knew I would love the game. For the next several years, I was a crazy Euro gamer just as Euro Games were truly coming into their own. I was invited to Alan’s Gathering of Friends in 1998, then just about a hundred people, to play these import Euro games that my Aunt had never heard of – though she herself was a devout bridge player.

My son was born in 2003, and due to that, and moving around a bit, games fell by the wayside as I was his primary caretaker. It was working on the movie that has immersed me into the world of games again and I had some catching up to do. And of course, my son loves to play them as well and is a formidable opponent. 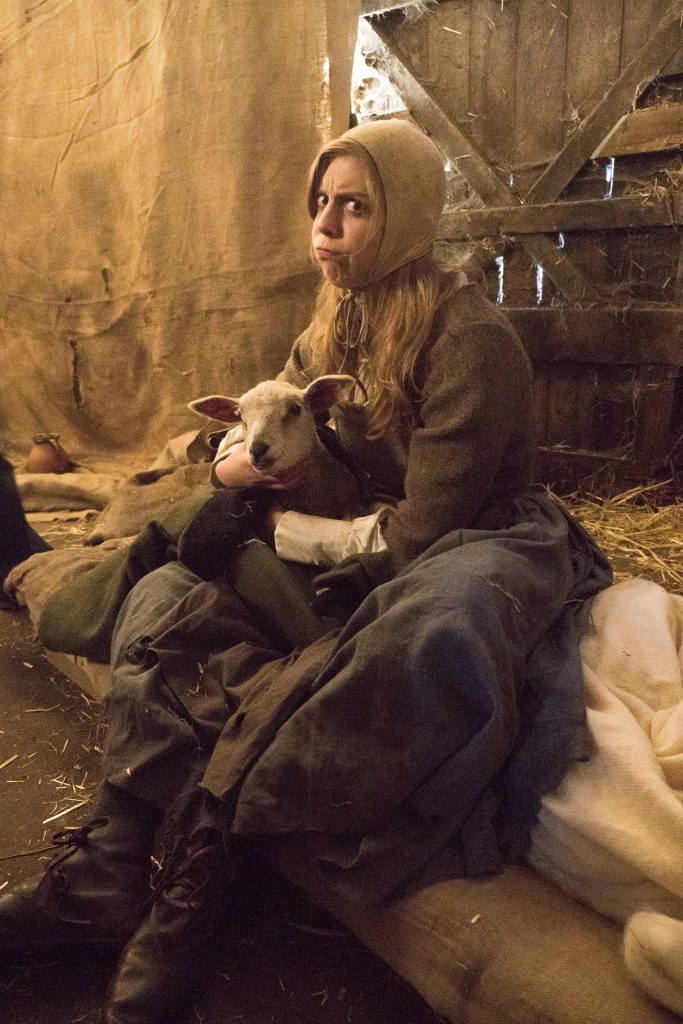 Jess: Do you have plans for your next project? What will you tackle next?

Douglas:I just finished an adaptation of a Medieval nativity story. It’s a comedy called The Second Shepherds’ Play. It’s my fourth adaptation of classic drama that is designed for use in the classroom. The Second Shepherds’ play is studied in survey courses of drama and my wife, an English Professor, has been after me for years to do an adaptation. In fact, she just showed it to her students last week. We actually filmed on a sheep farm outside of Cambridge, in England.

I am also planning to take all the interview footage of game designers I have and weave it into one full length conversation of game designers of about 60-80 minutes. It’s kind of like I directed a second movie without realizing it.

Jess: Thanks to Douglas to speaking with us. If you want to learn more about Wizards of the Tabletop: A Game Designer Portrait Book check out its Kickstarter campaign page and if you are interested in The Next Great American Game you can snag a copy here.