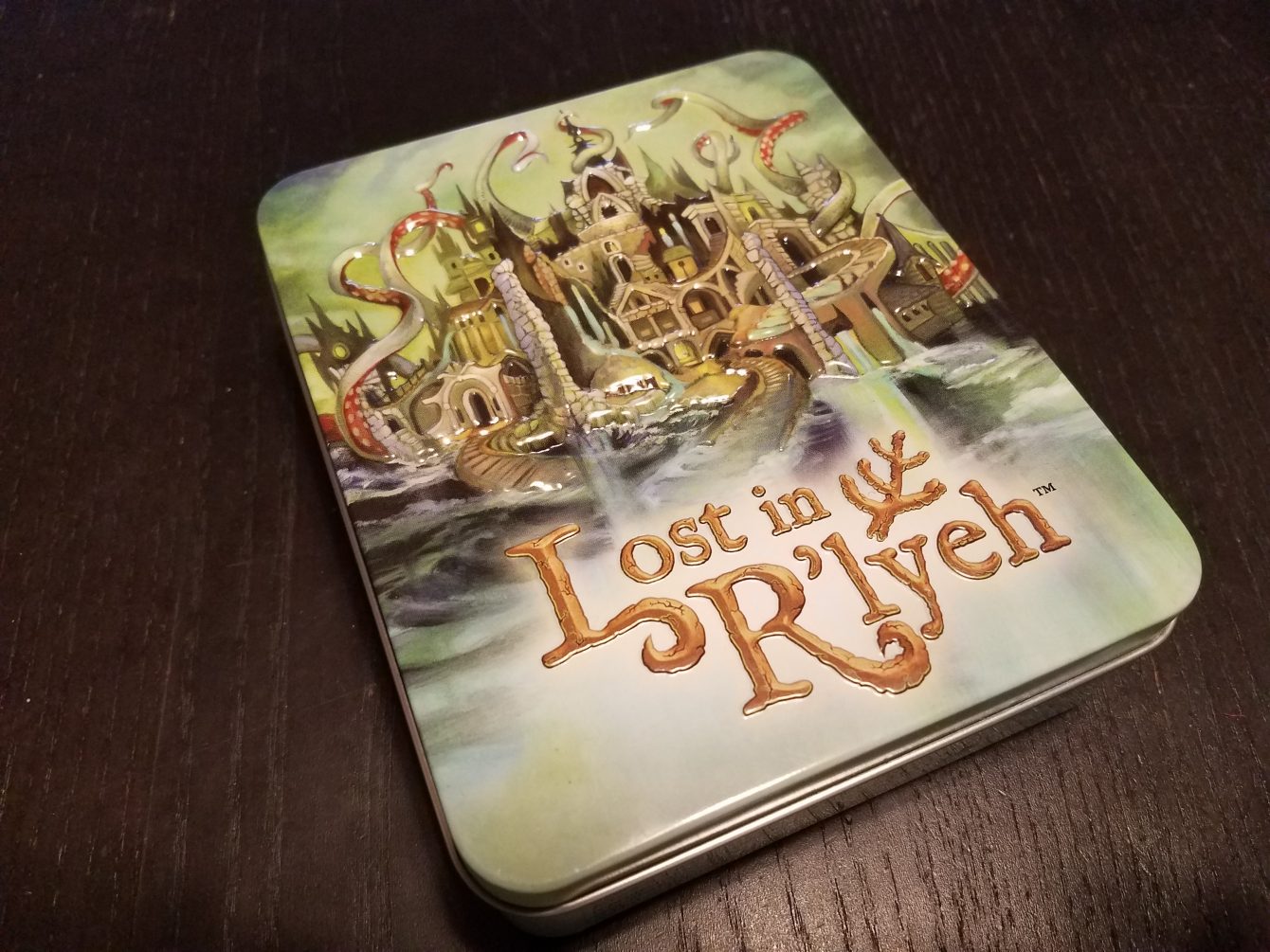 Lost in R'lyeh is a hand management game that's all about emptying your hand as quick as possible while tripping up your opponents' efforts toward the same.  Interesting mechanics have cards potentially comboing with previously-played cards, adding strategy to this light, fun filler.

By all accounts, R’lyeh is a terrible place.  The cyclopean city of Lovecraftian nightmares not only spends most of its time at the bottom of the South Pacific, but locked within its non-Euclidian geometries is the dread C’thulhu itself, along with a horde of its unknowable followers.

So, you know, a terrible place.

Understandably then, Lost in R’lyeh is a hand-management card game where players will seek to discard their cards more quickly than their opponents as each race to avoid being the last one left in the titular nightmare city.

In order to win (or actually just not lose, more on that in a second), each player will discard cards from their hand onto the central discard pile, resolving abilities on the cards as appropriate.  There are a couple of simple rules for how one may play their cards:

Andrew:  So it is entirely possible for someone to play three 9s for their ‘Banish an Escape Card’ effect, and then for the next player to play a fourth 9, allowing them choose between the ‘Banish the stack and play again’ and ‘Swap any card in your hand with any escape card’ effects.  By timing your plays to take advantage of what other players have put down before you, it can become much easier to manipulate the cards and empty your hand as quickly as possible.

Lost in R’lyeh is a member of a fairly old-school breed of game, a race to self-eliminate as efficiently as possible.  Each player that escapes meets the ‘victory’ condition, and it is only the last player in who is considered as having lost. 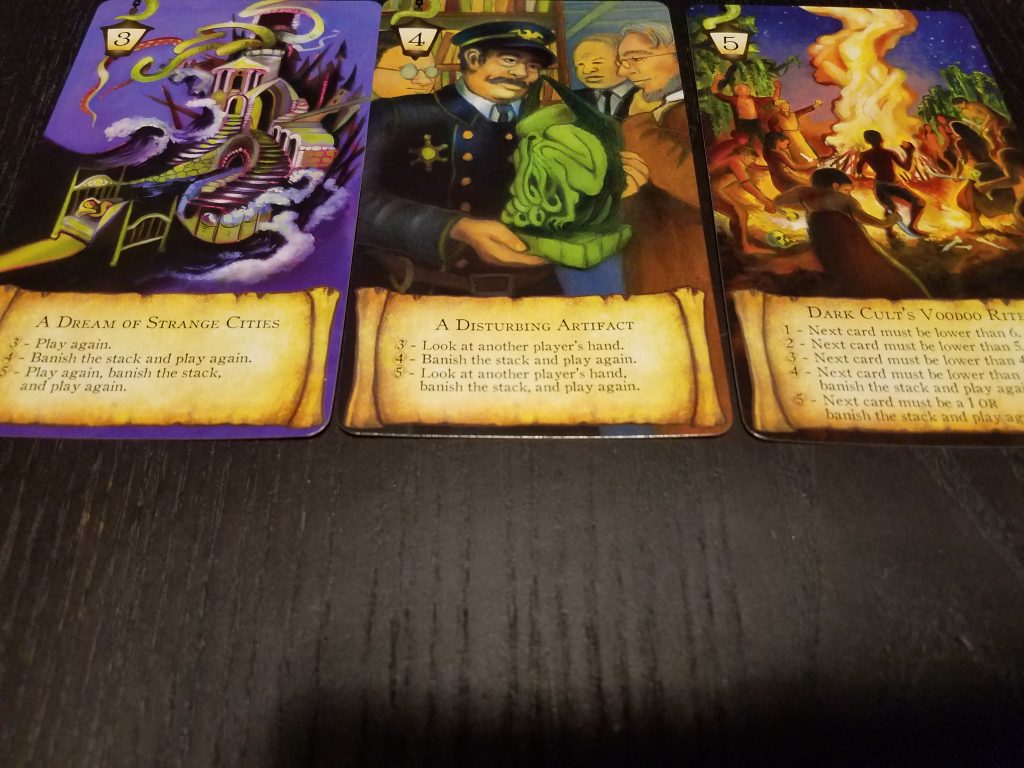 Andrew:  So, while it is certainly satisfying to slam down your last card, throw your hands in the air, and say some variant of ‘I’m out!’, the game isn’t truly over until just one of your opponents finds themselves unable to escape.

Jess:  And so there is no difference between getting out first or being the last person to escape?

Andrew:  Right.  We all ‘don’t lose’ equally.  The way the game ends is a real ‘your mileage may vary’ thing.  I personally don’t mind it at all, but I can see some players being sore at the idea of being the only person at the table who didn’t win.

Jess:  Ah, that’s no big deal, and it can be even more exciting to be the last two in, dueling to see who can get out!  And it really is perfectly thematic, if you think about it.

Jess:  You just need to outrun your friends.

Lost in R’lyeh is a good game at its weight, which is fairly light.  With nice production value and a quick playtime at any player count, it’s a solid little addition to any card-gamer’s collection and can probably act as a bit of a gateway for non-gamers besides.