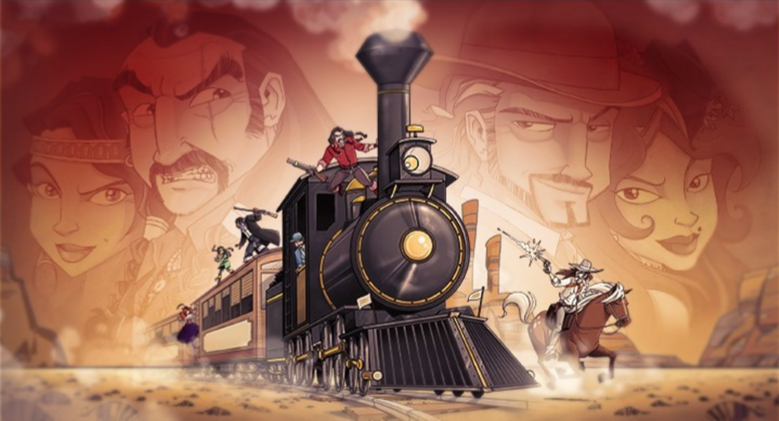 Asmodee Digital has proven their ability to produce quality ports of their games. Colt Express is no exception! The game offers all the fun of the Colt Express board game as a mobile app available for iOS, Android, and Steam.

Not only do you get a great way to play this awesome game on the go, but you also get a really interesting take on the solo campaign. In Story Mode, Asmodee Digital has treated us to an illustrated comic that lays out what each character’s motives are in each game. That gives you stories for 6 characters over the course of 30 chapters! 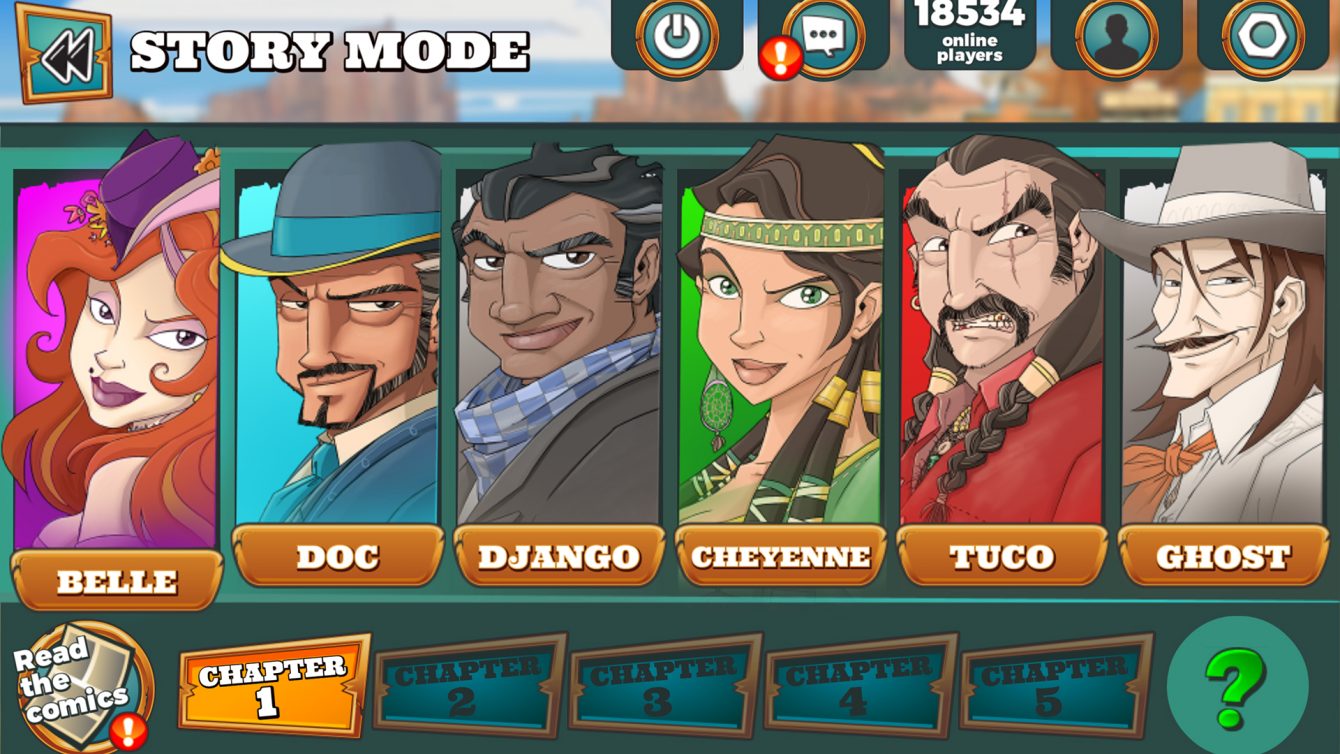 I took the solo game for whirl as Tuco, the outlaw pressed into service by the sheriff. My first goal was to get some info from Django – with a couple of well placed punches. This was tougher than I first suspected. 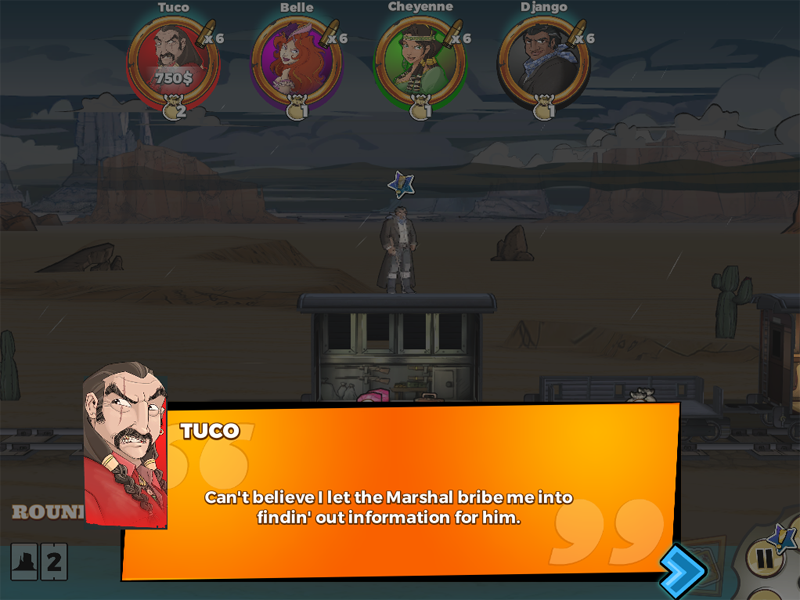 In story mode each character has certain goals which must be met in a limited number of turns. This means planning carefully and watching what your opponents do. Often times my AI opponents would move Django or myself just out of position for my perfect plan to go off and I would have to readjust that next time around.

Colt Express is a nice take on the programmatic game style. It is full of flavor and can have you sitting on the edge of your seat waiting to see if your opponent picks up that awesome bag of money or decided to punch your lights out instead! (It’s more fun than it sounds)

The look of the game follows the comic book style, with characters as flat cut-outs that move around the board. The animations aren’t super flashy, but I think it suits the game well. With the illustrated aesthetic and fun Western music, the game gets you in the mood for a boisterous train-robbing, shootout! 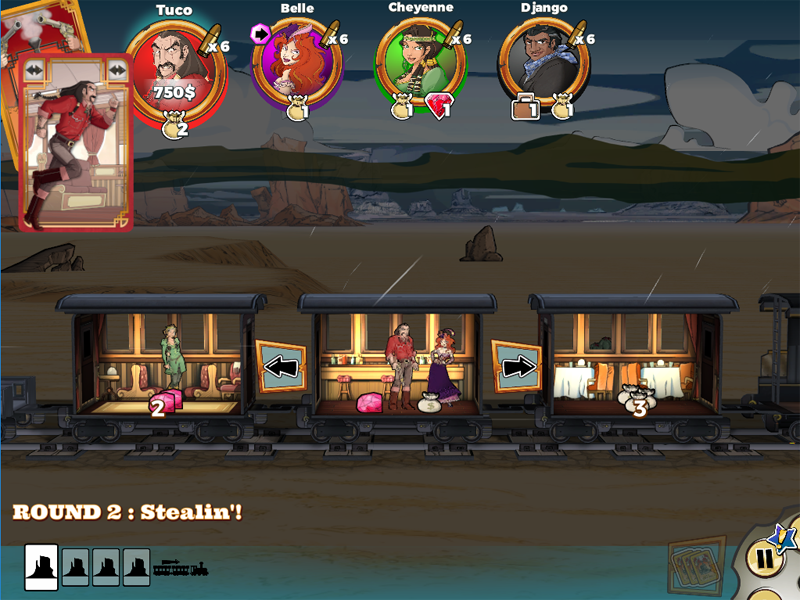 Jess:  Since I often play ports of games solo, I wasn’t really troubled by the early multiplayer issues, but I’m glad to see them getting addressed.

So my verdict is: Colt Express is a pretty good port of the original. I love that it gives a bit of story to the characters and lets me play solo when I want to. Pick up your copy today on the App Store, Google Play, or Steam and if you want the original game check out the link below.