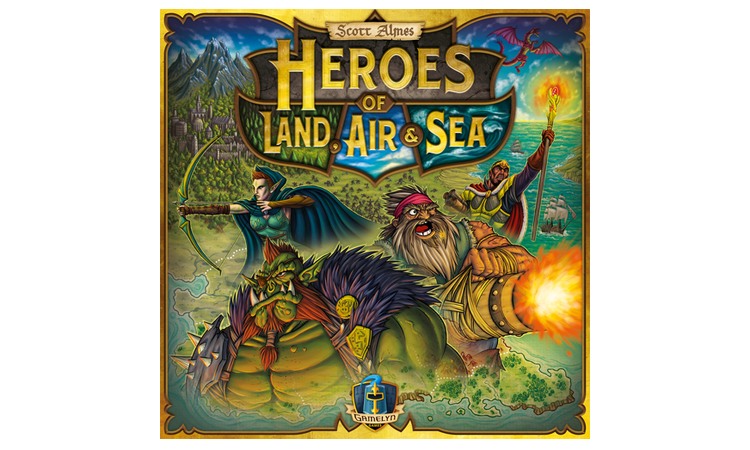 Michael Coe of Gamelyn Games and designer Scott Almes know what we like. We’re big fans of their Tiny Epic Series and now we’re salivating over Heroes of Land, Air & Sea (HoLAS), which is on Kickstarter now. The game is a 4X (eXplore, eXpand, eXploit, eXterminate) that claims to have a play time of around 2 hours.

HoLAS plays 2-4, but you can add more players with added faction packs. It is an area control game where classic fantasy races vie for control over the kingdom. Each player gets 3 heroes with special abilities that level up as you play, 5 warriors to use in defense and taking over regions, and 12 peons for resource gathering/building and taking extra actions.

The board for HoLAS is a magnificent beast; coming in at 39″ x 26″ and beautifully detailed. Your minis be travelling around it via boats, dragons, gryphons, and also airships! With so many bits, this is gong to be a whopper of a game. Just take a gander at what Gamelyn is packing into the box: 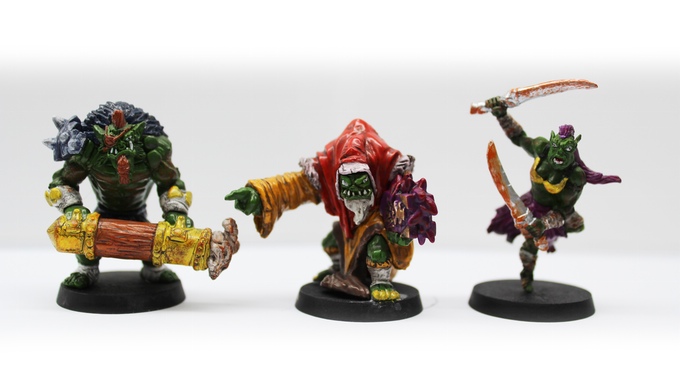 Jess: What I am seeing looks pretty cool. I’m slightly disappointed that the vehicles and buildings are not molded plastic, but it’s likely that was a space and economy choice.

For $60 you can get the core game **Note: with no minis!**, but I think it may be worth it to up your pledge to add more factions to your order. It will give your game some variety and let you play with more people. For the mini-lovers out there, you can get the core + unpainted, but at that point why not toss in the extra $25 to get the minis painted – you can eat next month! It will save you a bunch of time and your minis will have the bonus awesomeness they deserve. The Kickstarter has already reached its goal and it still has 28 days to go. Head on over to the Heroes of Land, Air & Sea Kickstarter to grab a copy now!