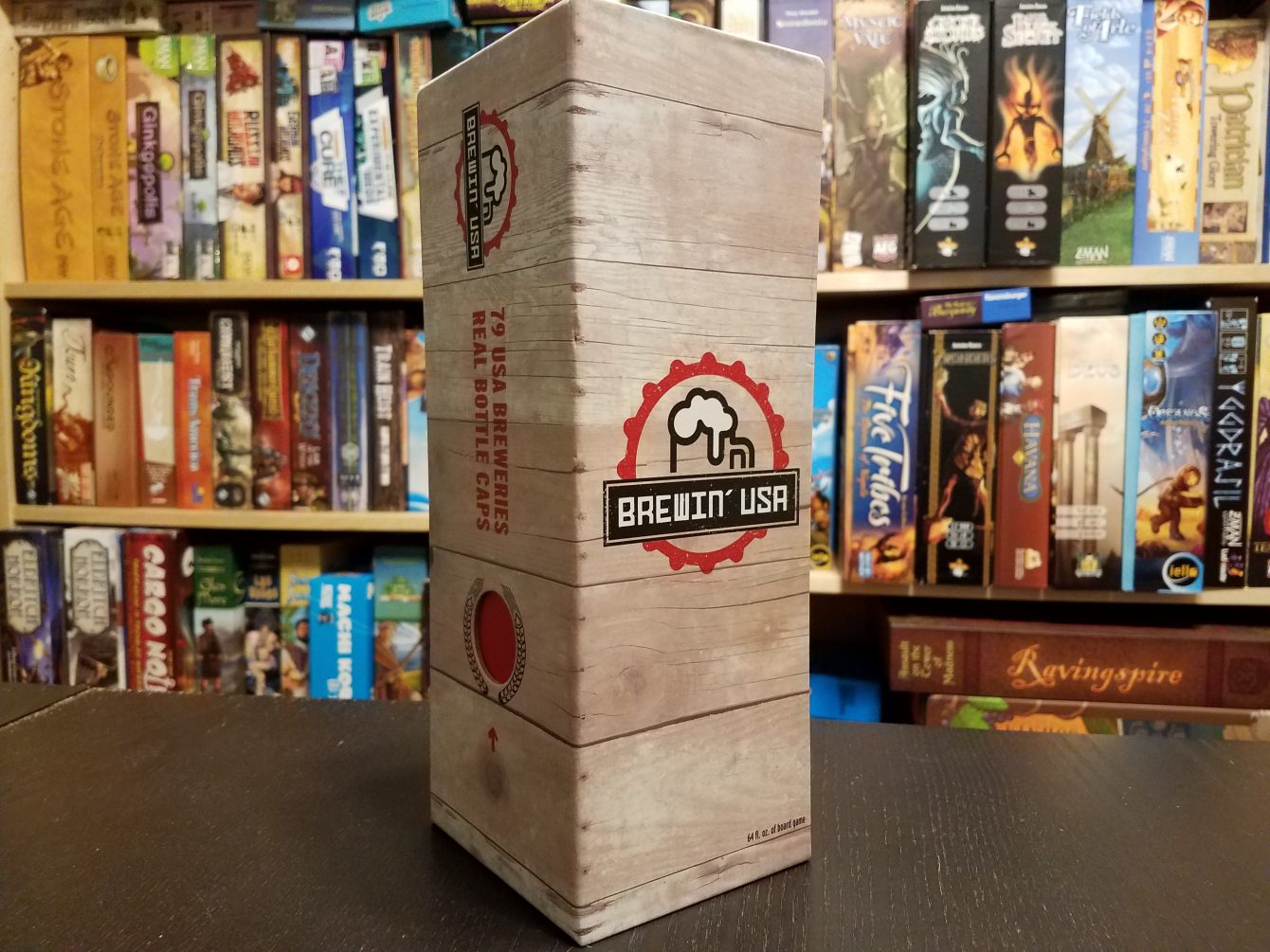 Brewin' USA is sort of an odd melange of game mechanisms, featuring auctions, set collection, area control, bluffing, bidding, and hand management; several adequate tastes which, here, taste adequate together.  By no means a bad game, it may not offer enough bite for those who aren't charmed by its admittedly excellent presentation.

Ok, so, full disclosure time – I don’t really drink.  It’s not that I won’t, or that I have anything against alcohol consumption in general, but it’s just not a habit I have.  I’ve never seen the appeal, I guess.

Jess:  And yet, as soon as you saw Brewin’ USA at Gencon, you were immediately interested in it!

Andrew:  Absolutely!  I mean, look at it!  The visual presentation is striking, and some of the core mechanics like hand management and set collection are among my favorites in games!

Andrew:  Well, yeah, there is a ‘but’, but let’s walk through the game before I get editorial.

Brewin’ USA has its players take on the roles of entrepreneurs in the craft beer industry, each vying to control the sudsy beer economy in 4 different regions of the US.  They will do this by gathering up ingredients, brewing batches of their finest beers, and challenging each other to the occasional brewfest as they look to establish dominance in cities across the country.

Each round is divided into 4 phases:

Jess:  Ok, so the deal with the whole ‘market demand’ mechanic works like this:

During the auction, all caps spent on lots go to the active player.  That player must distribute those caps to any unclaimed cities (pro tip: as the active player, distribute caps to cities you think you can eventually claim).  These caps sit on those cities, acting as either future income or endgame points for the player who controls the city they are on.

Controlling cities means brewing up beers.  There are 6 beer styles (Belgians, Pale ales, American lagers, Stouts/porters, German lagers/ales, and American ales, for those of you who just had to know), and each city tile will favor some, tolerate others, and reject the rest.

Jess:  By brewing a beer that a city favors, you qualify for the city bonus, either at the end of the game or each round, as determined by the particular symbol. Brewin’ USA has both ‘normal’ and ‘advanced’ variants – the difference being that in normal mode, city bonuses are always just victory points…

…whereas in advanced, they can range from extra income, to stealing market demand from neighboring cities each round, to giving a variable amount of points based on market demand.

Andrew:  So a lot of the strategy of Brewin’ USA is in knowing where to pile your caps.  The caps which get added to cities form the basis of your future earnings, you know, assuming you control those cities.

Jess:  And assuming you don’t get undercut in a brewfest.

Andrew:  Right, that.  So now’s probably the time for the ‘but’. 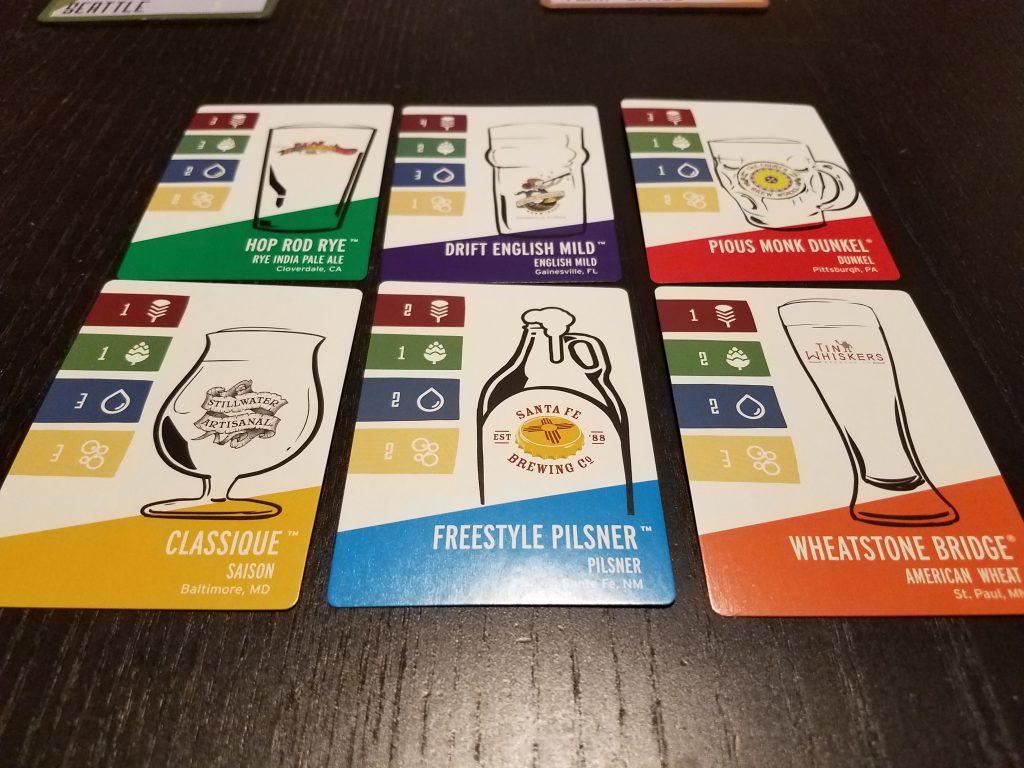 Brewin’ USA is, in theory, a good game.  It has all the right ingredients – simple, functional mechanisms, great presentation, scalability (that’s a word, right?), and a neat theme.  But there are some things about it which just hit a sour note with us.  In no particular order:

Andrew:  I’ve played Brewin’ USA a handful of times, and I keep trying to figure out why I’m not enjoying it as much as I feel like I should.  Everything I like is there, and yet somehow, it’s just not coming together for me.

Jess:  I feel exactly the same way, actually.  The advanced variant makes it a little more interesting, but ultimately it just felt a little, I don’t know.

Jess:  Yeah, that’s a word.  There wasn’t quite enough substance to the decision-making, and all I really did was gather piles of ingredients, plunk down my caps, and hope no one brewfested my points away before I could end the game all at once.

Is Brewin’ USA a bad game?  Nope, I don’t think so.  But for whatever reason, it simply didn’t resonate with us.  Maybe a group who is more likely to be charmed by its subject or who are more accepting of its mechanical oddities, but for now, this is a light brew we’re going to pass on.

One thought on “Brewin’ USA Review”