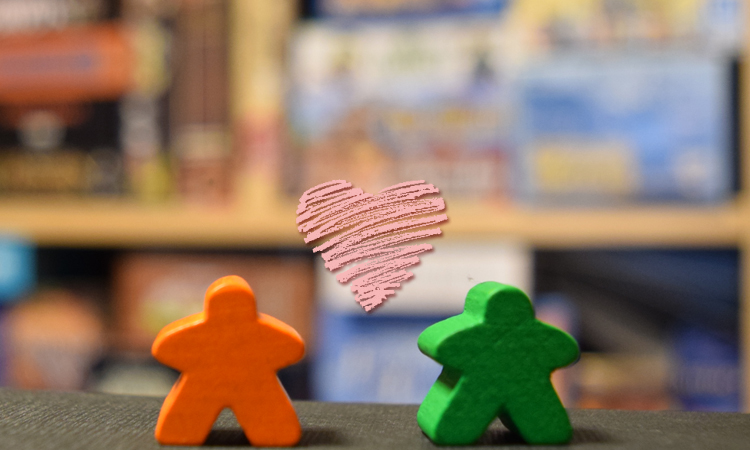 Valentine’s Day is tomorrow and if you’re wracking your brain on what to do with your significant other this holiday, why not play some games together? Board games can make for a thoughtful gift and an awesome way to spend some quality time. Here are a few of our favorite 2 player games. 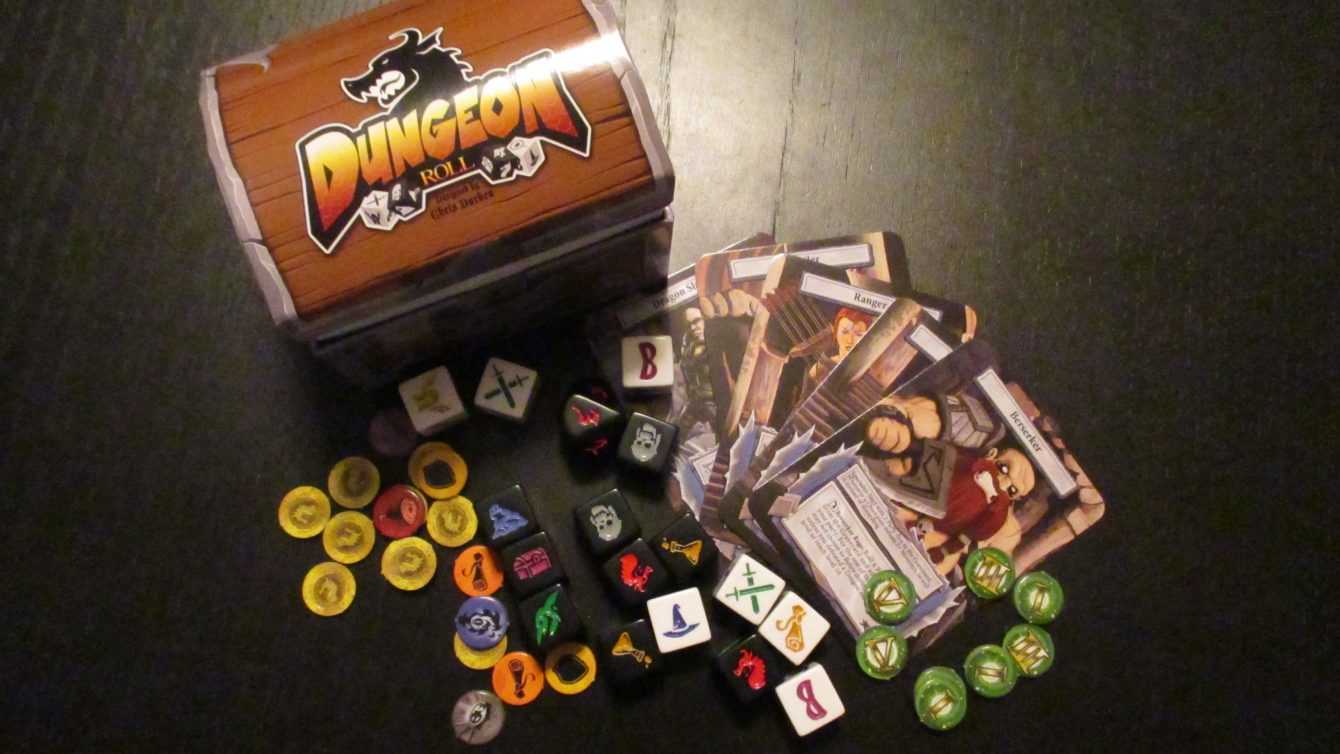 Ah, Dungeon Roll. One of our earliest acquisitions when the stockpiling of board games began. We might have gushed about this game enough at this point, but one more probably won’t hurt.

Diana: It’s a great game for two players. I mean just about any reasonable amount works but two feels like the magic number. Everybody gets to do something.

Rob: Absolutely. With two players there’s never anyone just sitting back and waiting for a chance to do anything. Instead, the active player is having fun deciding how to divvy up their adventure dice or use their character abilities, and the inactive player gets to enjoy managing the dungeon stuff like rolling enemy dice or handing out loot.

This is sort of a cheat because the Oniverse series is actually made up for four different games (for now): Onirim, Urbion, Sylvion, and Castellion. Each offers up its own unique gameplay, but all of them are set in the same dream-like universe. And all of them are great (and tough as ****) with two players.

Rob: God I love these games. I don’t remember what made me decide to take a chance on ordering Urbion, which is the one that started it all for me, but I’m glad I did. Not just because it’s tough to find and expensive now, either. Each one offers up something different, and they all come with a fair number of packed-in expansions so that you can fine tune each game to fit your preferred challenge level. Anything from “Hard” to “Oh Dear Lord Make it Stop.”

Diana: I really enjoy these games as well. I like Onirim because of how you basically get to collect card sets (and it’s less impossible than the others), I like Urbion for its satisfying mathematical simplicity, and I like Sylvion how it’s like Plants vs. Zombies but everything is on fire. I haven’t played Castellion yet but I’m sure it’s also great.

It’s a classic! Two evenly-matched sides (as far as pieces and options go, anyway), generally simple rules that haven’t changed for however long it’s been a thing, an almost universal appeal, etc.

Rob: But… it was your idea to add it?

Diana: I know. I don’t like it but I do understand how it’s basically the quintessential two player game. There’s a reason nobody’s been able to improve on it over the years. It’s like mousetraps or The Wheel – it’s perfect for what it is.

Rob: I guess when you put it like that I can’t really argue. Although I prefer Hive to be honest. I can appreciate the nuance and elegance of Chess but it’s not quite… flashy enough for me. 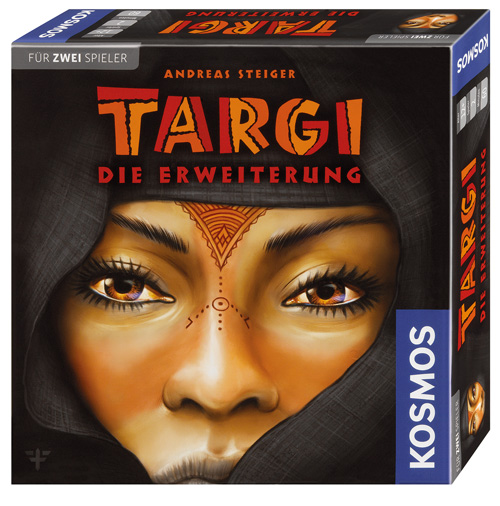 Targi is not only one of our favorite 2 player games, but also one of Andrews top games of all time. You and your opponent must place their workers on a 5×5 grid to claim trade goods and cards that you will use to build sets.

Andrew: Targi is a perfect strategy game for 2 players. You can only place your workers one at a time and since they can block your opponent and vice versa, you need to be careful in your planning. Knowing your opponent and being able to call their strategy is pivotal.

Jess:This one has been a staple of our collection for several years now and we keep coming back to it. 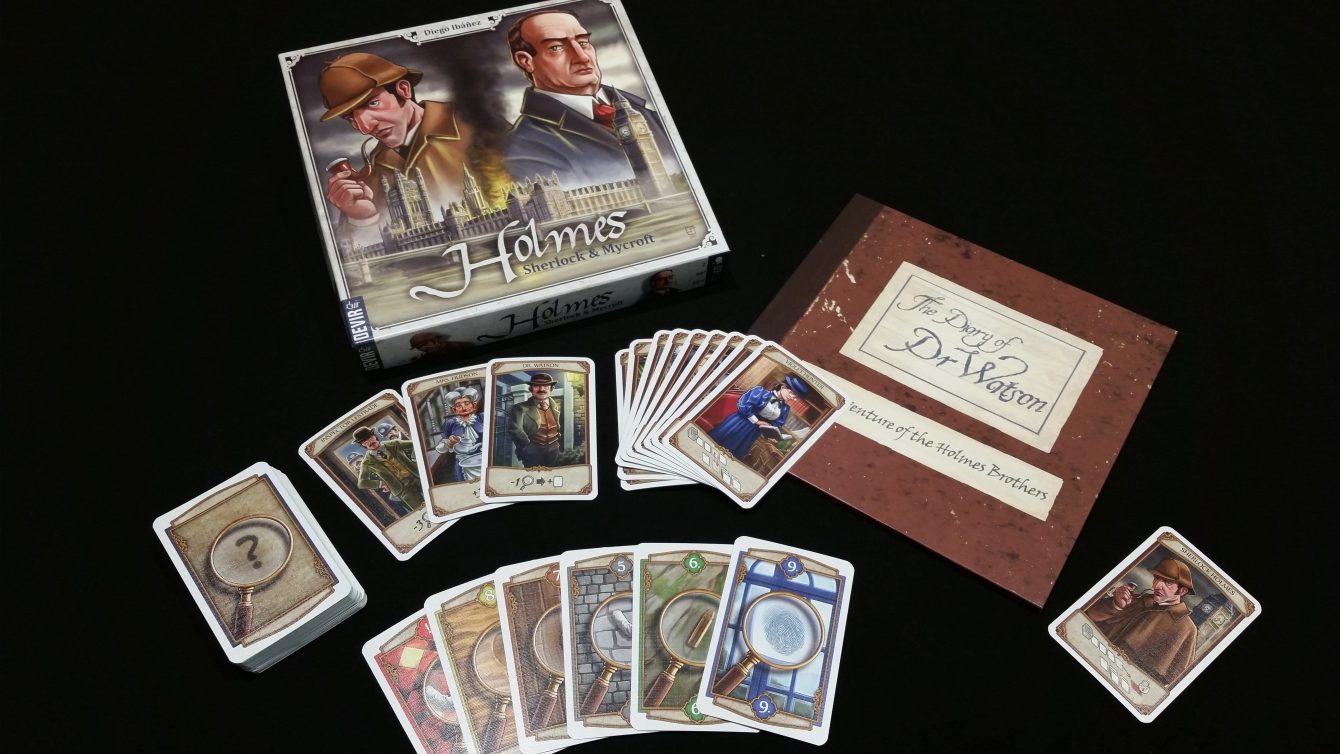 Holmes: Sherlock & Mycroft is a set collection/worker placement game that will have you competing to see who can collect the most evidence after a week-long investigation.

Andrew: Jess is a big fan of Sherlock Holmes so I knew this one would be a hit. Holmes: Sherlock & Mycroft is quick to play and yest still has enough strategy to make it feel more than just a filler game.

Jess: I love that the game hits the theme really well in its use of characters. Each one has a unique power that matches their personality in the books, as for example Doctor Watson (Holmes’ assistant) helps you get clues while Mrs. Hudson (Holmes’ housekeeper) helps you rest up and recover some investigation points. 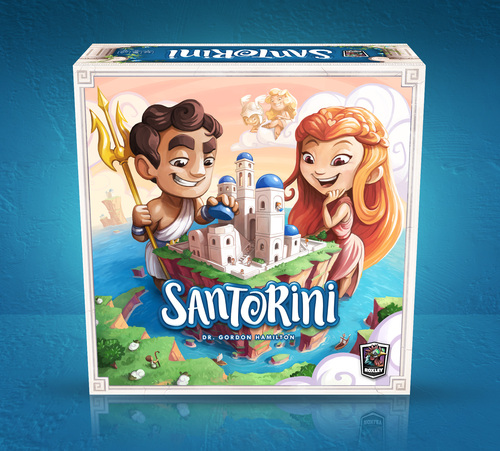 Santorini is the newest addition to our collection, but it is quickly becoming a favorite. The inventive design of the board and pieces will draw you in and the gameplay will have you coming back for more.

Jess: After a great recommendation from Josh, I bought this game for Andrew for Valentine’s Day. It may be a 2-4 player game, but it is a really fantastic play at only 2. It matches your wits against your opponent in a race to build and ascend towers.

Andrew: Yeah, what seems like a basic game of Tic-tac-toe, becomes much more robust with the addition of the “God Powers”. These powers turn the game into an asymmetrical puzzle. More than once, we got powers that directly opposed each other, making the game all about trying to deduce what your opponent will do next.

What are your favorite two player games? Let us know in the comments below!