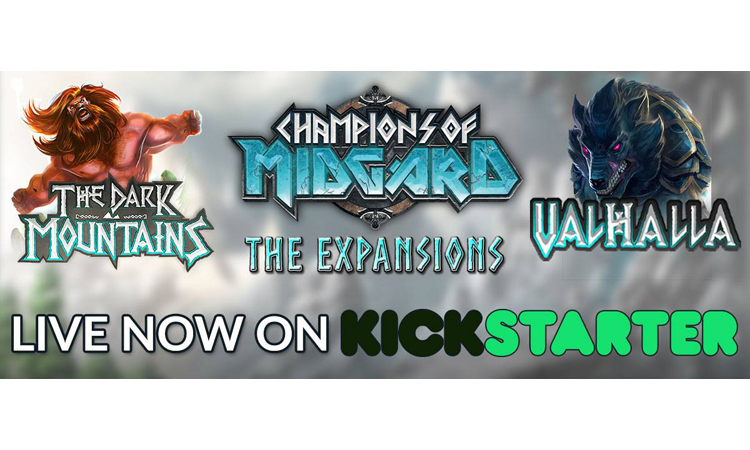 The first expansion, The Dark Mountains, adds a 5th player, new enemies, land journeys and archer dice! The second is Valhalla, which gives you resources to manage, secondary leader abilities, and a leader die.

There is so much stuff packed into these two expansions that Grey fox has also created an exclusive box that fits the base game and the expansions and comes with a special insert and sleeved cards. 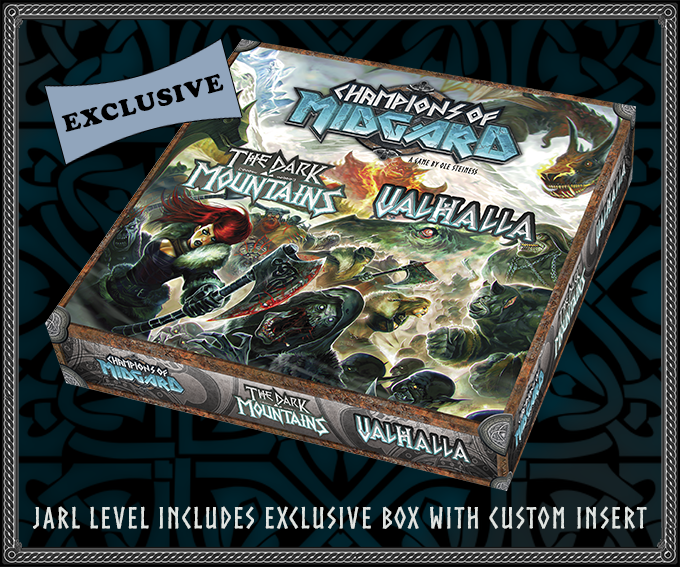 Jess: Ok Champions of Midgard is a fantastic game and I am frankly shocked that Grey fox is only charging a pledge of $40 to get both expansions, all unlocked stretch goals, and the exclusive box. That means you are getting $48 worth of expansions and the larger box for $40! This is a great deal and I recommend jumping in on the Kickstarter as you will not be able to get the box retail.

The expansions look like they will add a lot of replay-ability to the game and having the ability to add more players is always great. There is plenty of time left on the campaign and Grey Fox has already blasted past their goal. If you haven’t played the base game and are unsure if you want it, check out our review of Champions of Midgard to see our take on it. Once Andrew has convinced you to buy it, head on over to the Champions of Midgard: The Expansions Kickstarter to pledge!