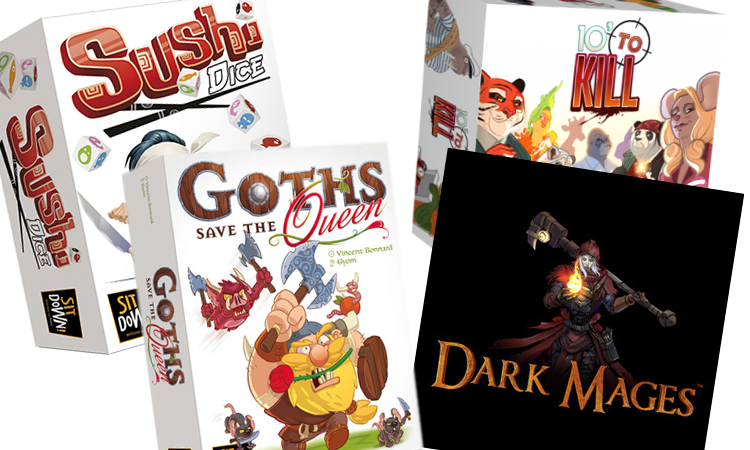 Dude Games is a newer publisher on the scene that takes games in French and translates them for the English market. We met up with them at Toy Fair to check out their line of games coming out in 2017. 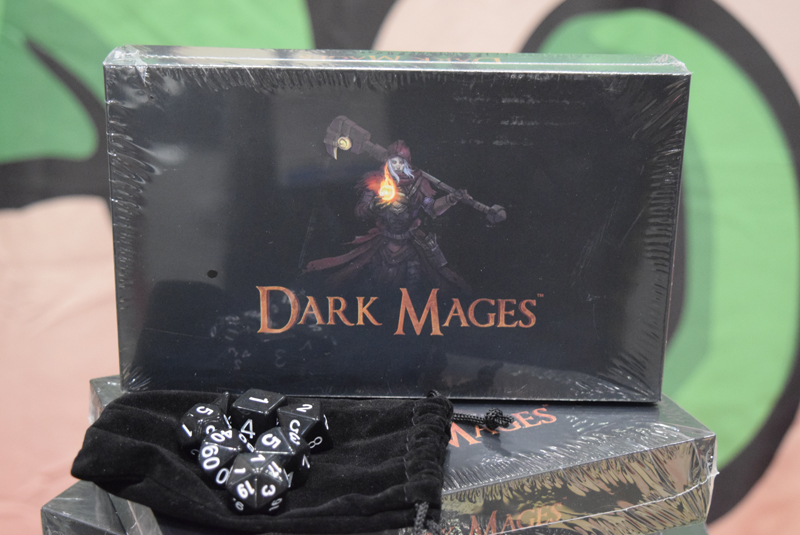 Dark Mages is a non-collectible cards game for 2-8 players. All players are wizards combating each other in an epic spell war. The neat thing is each of the players build their hands from the same 120 card deck.

Jess: This game reminds me a lot of magic. I keep looking for the mana symbols. It is neat though that you don’t have to buy endless amounts of cards to get a nice deck going.

Andrew:  Yeah, precisely.  I do like the idea of a non-collectable game which tries to hit all of MtG’s beats, but we didn’t get a chance to play it, so I can’t speak to how well it does.  Still, ambitious! 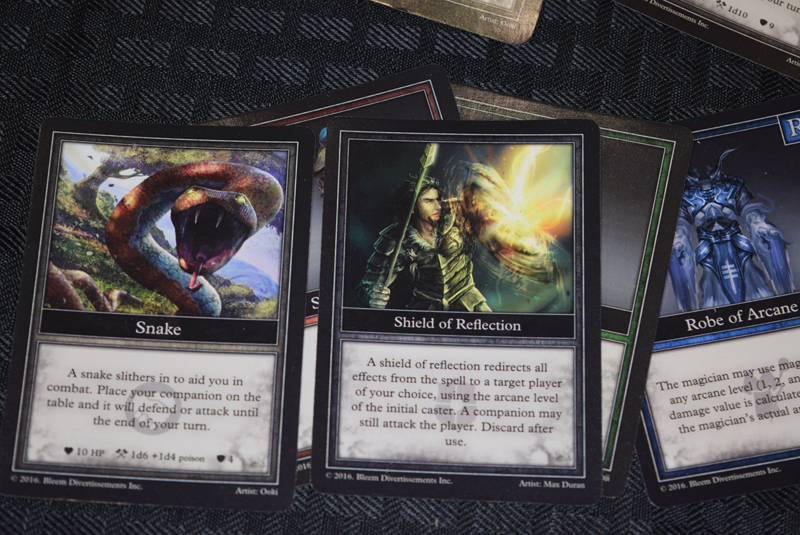 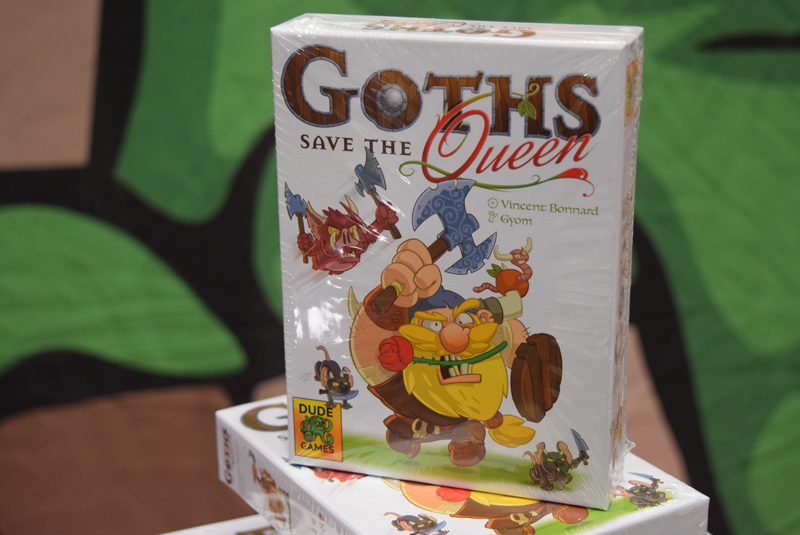 Goths Save the Queen

Players form teams in Goths Save The Queen, two teams (2-vs-2 or you can use two copies of the game to play at 3V3, 3V4 or 4V4). Each team is fighting to save the Queen hidden in the middle of the table. One player will be giving orders while the other is trying to interpret them. 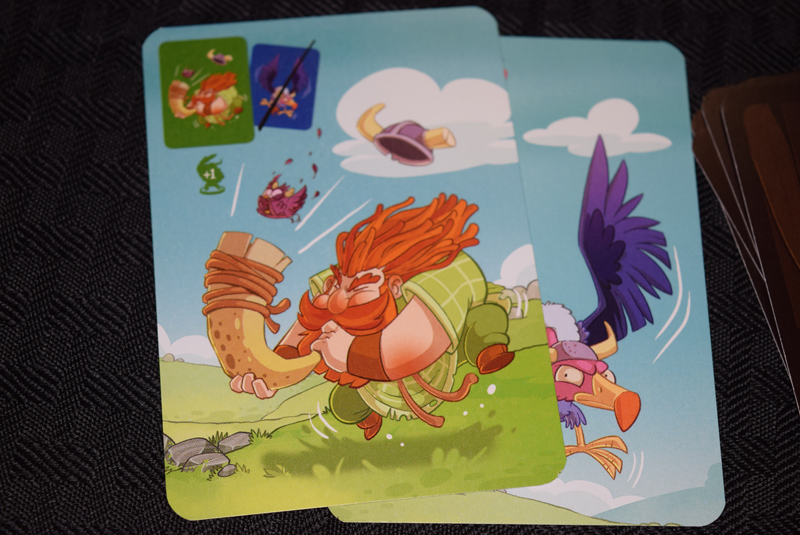 The orders cards have 2 orders on them so the person receiving the orders must analyze the battlefield and try to figure out what their commander wants them to do. They will choose a card from their hand that matches the action they believe is correct while their commander picks a card from their own hand with the correct action. Once chosen, the cards are revealed and if they match the order is carried out. 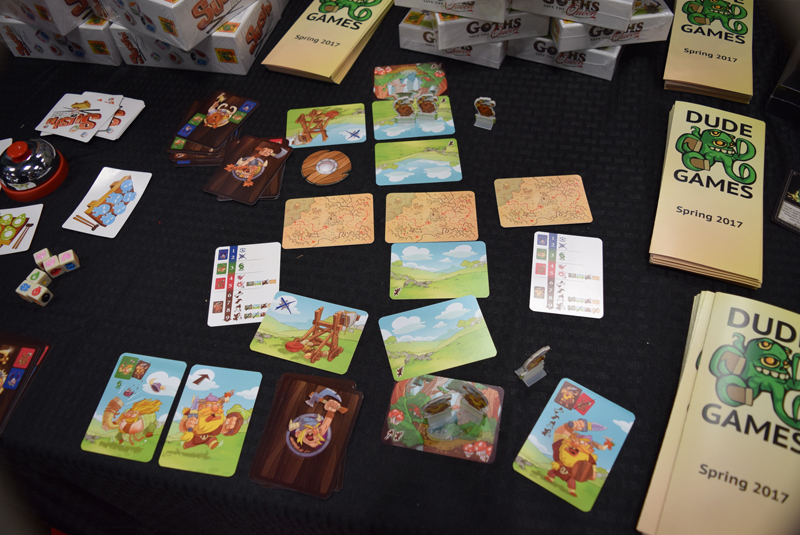 Andrew:  Now this looks really neat to me.  The idea of an alliance in which we need to try and coordinate without being able to tell each other directly what we are trying to accomplish?  This has the potential for some really hilarious failures!  Can’t wait to try this one.

The street date for Goths Save the Queen is April 2017 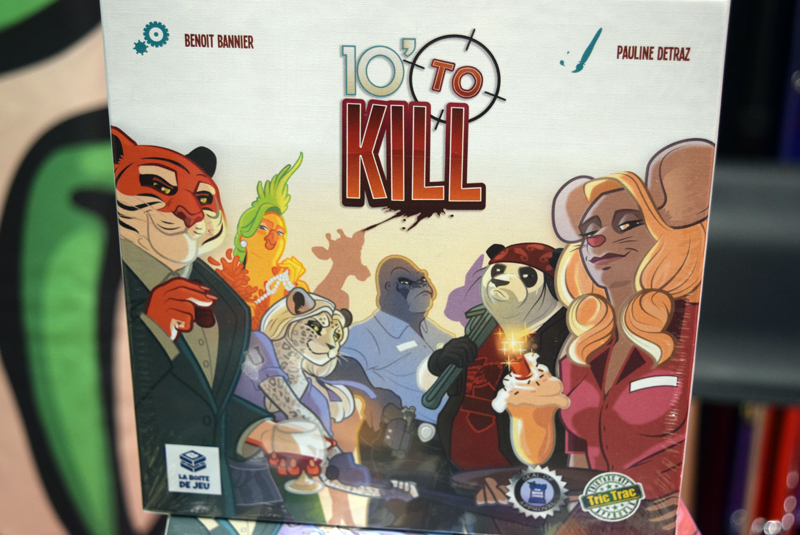 10 Minutes To Kill (which I keep mistaking for 10 feet to kill) is a game of stealth and execution. Each player is a hitman with players three targets to eliminate. 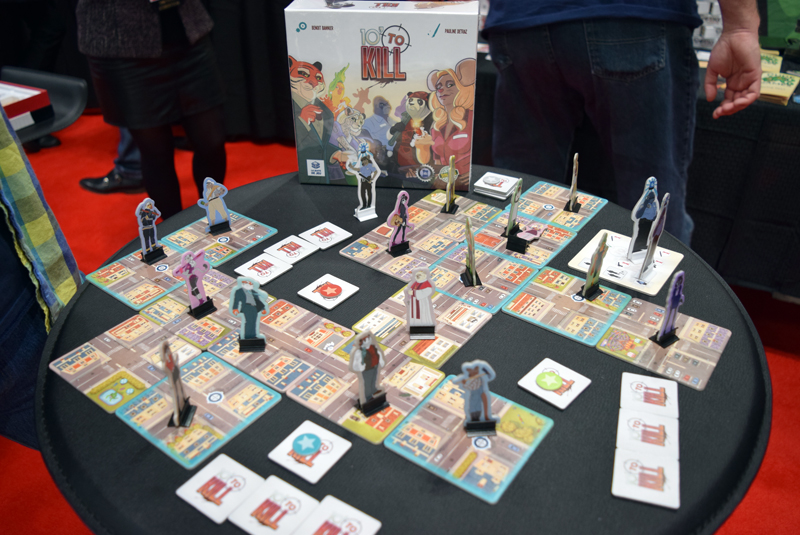 You must find a way to take out your targets without letting the other players whats happening because if they get tipped off they can send a police officer to have you arrested or try to take you out themselves. The game gets its name as it only takes 10 minutes. This one is available now.

Jess: One of the things that surprised me about Dude Games is the number of silent games they have. I’m not sure if I like players not being able to communicate with each other, but their games do look fun.

Andrew:  Yeah, depends on the game, I guess.  Still, it’s a somewhat unique mechanic and it’s interesting to see how they have used it to feature different flavors of games.