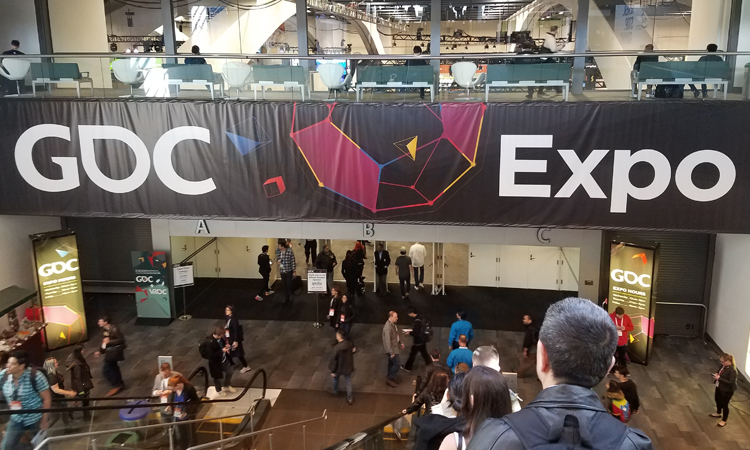 Each year Game Developers Conferences (GDC) occur all around the world in locations like China, Canada, Europe, and San Francisco. I ventured across the country to check out how board games have infiltrated this typically video-game focused event. 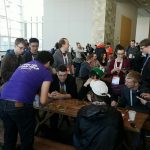 This was my first time visiting not only GDC, but San Francisco as well. The city is really great (seriously, everyone, the sourdough IS awesome) and I had a blast at the conference. This was the first that GDC hosted a board game development day and they had a series of talks hosted by industry greats like Rob Daviau, Eric Lang, Susan McKinley Ross, Geoffrey Engelstein, and more!

There was also a dedicated board gaming area, run by the delightful fellows at Shut Up & Sit Down (SU&SD), where anyone at the conference could kick back and enjoy a few games taught by volunteers

The SU&SD lounge has previously been a part of GDC for a few years now. The volunteers are really helpful and if you are lucky you can even catch a game with Paul Dean or Matt Lees. I ended up having a really nice chat with Matt about the gaming industry (interview coming soon). 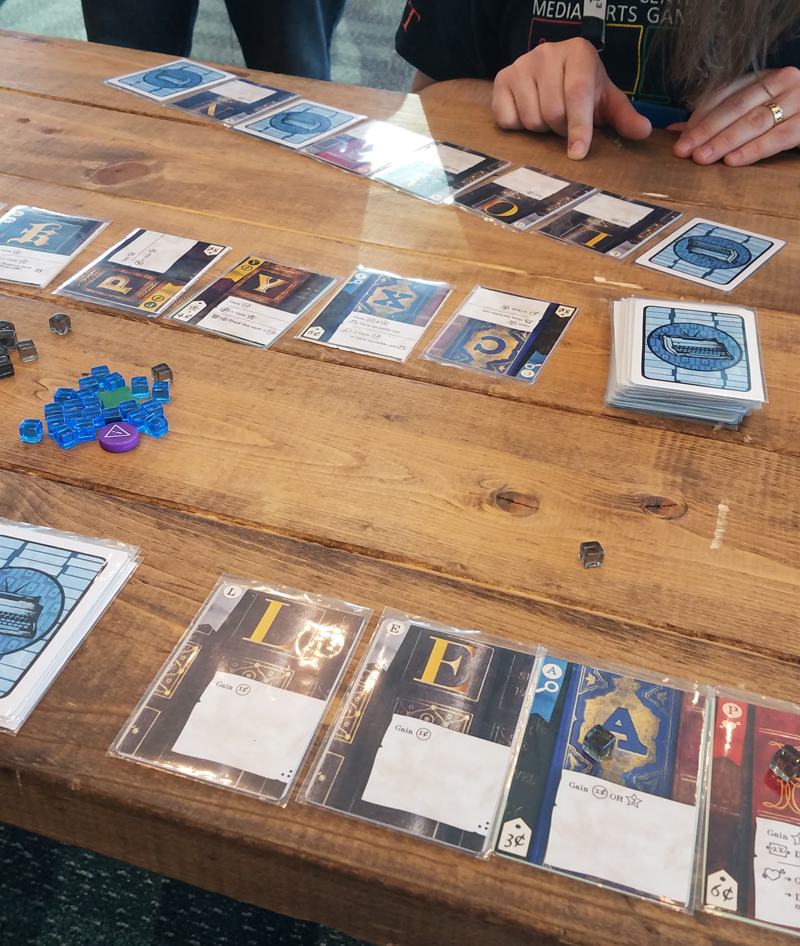 Besides Matt and Paul, there were also quite a few designers wandering around between talks and even showing off a few prototypes. I had the pleasure of testing out Tim Fowers new game “Hardback”. It has the theme of Paperback crossed with a Star Realms play- style. I think he has a winner cooking here, even if I wasn’t terribly good at the game.

I was surprised to find out that the GDC store offered copies of some of the latest games to come out games for sale. The selection was a lot better than I expected. I spotted titles like Munchkin Steampunk, Batman: Almost Got ‘Im, Hero Realms, Pandemic Cthulhu, The Labyrinth Board Game, Dastardly Dirigibles, and more!

During the day there were several amazing talks given by industry professionals on a variety of subjects and I’m seriously bummed for not being able to attend all of them. 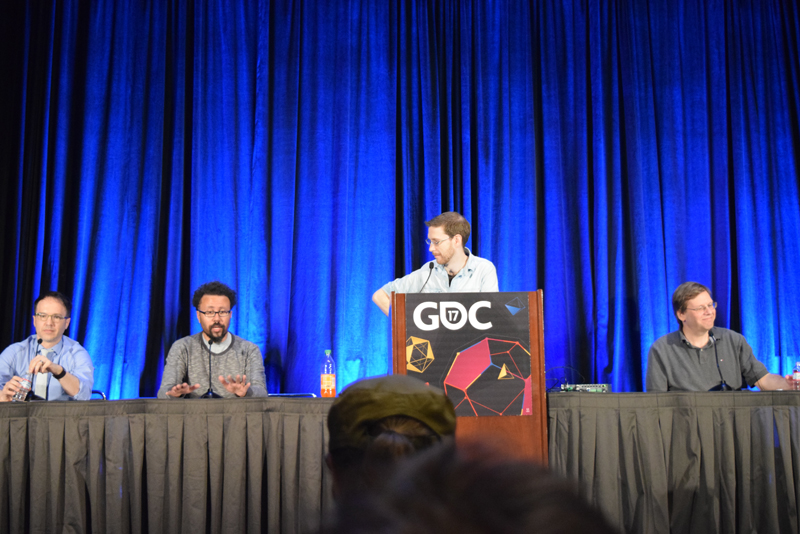 What I did get to see was: “Secret Hitler: Designing Conflict & High Tension Moments” by Mike Boxleiter, “Creating ‘Burgle Bros’: The Fantasy of the Heist” by Tim Fowers, “The State and Future of Board Game Design” with speakers Rob Daviau (Independent), Geoffrey Engelstein (Mind Bullet Games), Paul Dean (Shut Up & Sit Down), and Eric Lang (Counterplay Games).

I’ve included links to the excerpts of the talks below:

Creating ‘Burgle Bros’: The Fantasy of the Heist

The State and Future of Board Game Design

All in all, GDC was a blast. I got to meet a lot of great people, learned about some titles that are coming out in the next year or two that have me very excited, and enjoyed the city. If you ever have a chance to go, definitely do! As time goes on, I foresee more and more events tied to board games infiltrating this great convention.