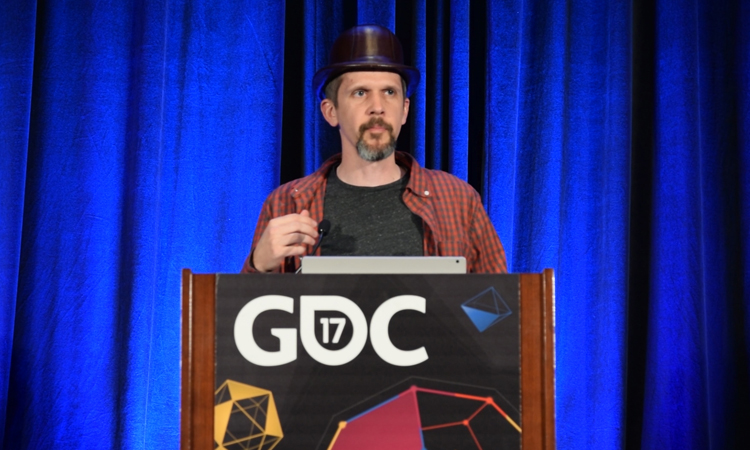 This talk was given by Tim Fowers at the 2017 Game Developers Conference in San Francisco.

Tim’s talk focused on the way a game tells a story and how it makes players feel. In Burgle Bros he wanted to evoke the idea of “the heist movie”, where players assemble a team, form a plan, and do their best to outwit the guard. He used each part of the game to add small dynamic puzzles that would come together to compose the overall story. Fox example cracking the safe forces the players to take risks. Using dice, they must roll certain combinations to unlock it. You can mitigate the risk by opting to take more rolls, but this increases the chance that the guard will stumble across you.

When these small puzzles add up, tension becomes the core emotion. By putting players in “an emotional corner” as Tim put it, you get them to think laterally to solve the problems that arise. In doing so, players can come up with plans that surprise everyone. This manipulation of the player through game mechanics is similar to how film and television use music, lighting, and certain camera angles to provoke emotion. I really enjoyed Tim’s talk. He’s a great speaker and made a lot of really neat points. What I come away with from Tim’s talk was main things to keep in mind when designing are:

The full talk is available now at GDC Vault.