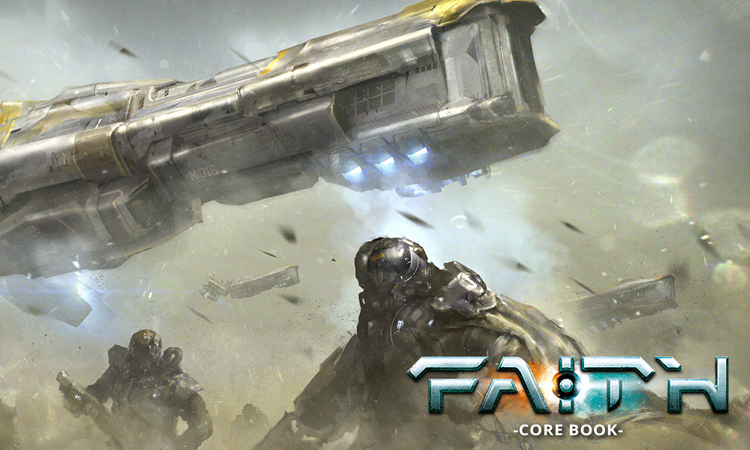 Burning Games, makers of Corball and Ether Wars, is on Kickstarter this month to fund a core rulebook for their popular Sci-Fi tabletop RPG:  FAITH. 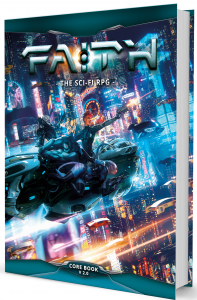 FAITH is a 2016 Silver ENnie winner for Best Free Content and has won four Golden Geek Nominations including Best RPG (2016 runner up), Best Art and Best Supplement. In FAITH players can explore the stars encountering aliens, discovering technology, and dealing with the Gods themselves.

According to Burning games “The Book, acting as a compendium of the rules and setting of FAITH, will feature 225 pages of backstory with intricately detailed accounts of the species, planets and people that inhabit this universe, and 75 pages of mechanics that will expand the character creation system and introduce vehicle piloting and miniature gameplay mechanics.”

Jess: The RPG uses an interesting card based system. Each player has a hard of cards with can influence actions in each scene. It reminds me a little of the Marvel SAGA system. because your actions are controlled by the cards, the game lets you adjust your risk and is less luck reliant than other systems. 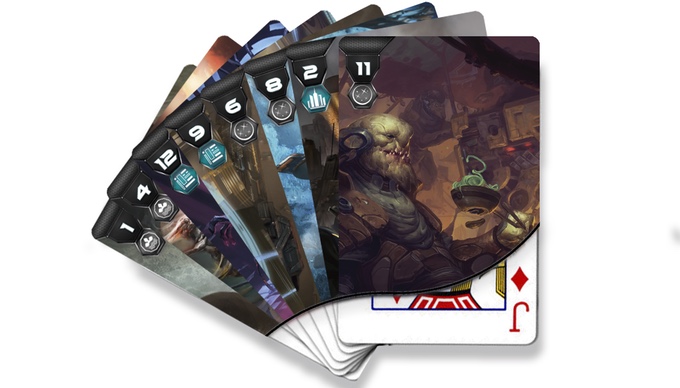 With the book you get two decks (of 54 cards each) of NPCs and equipment and the latest edition of the FAITH player deck which is the games core mechanic. Burning Games is also introducing a line of minis for the game based on characters from FAITH and They look pretty darned awesome.

Jess: Haven taken a quick look at some sample pages of the book, I have to say it is a really polished and slick looking rulebook. Fans of the system or new comers alike will be able to appreciate the love that Burning Games has put into this tome. 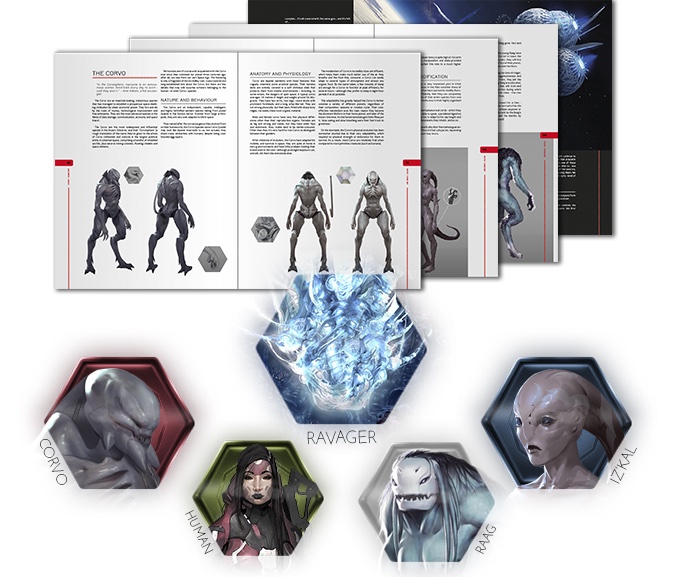 If you are looking to get the full package (Core Book, NPC Deck, Gear Deck, Minis, Stretch goals, and PDFs) you’re looking at a $107 investment, but Burning Games has several backer levels, including PDF only slots, that are signifigantly cheaper if you are unsure about the system.

You can get a full break down of the game on the FAITH Kickstarter page. Go take a look and let us know what you think in the comments below!