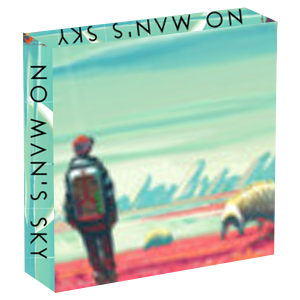 Love it or hate it, the attempt at a virtually limitless scope that No Man’s Sky has made is something to appreciate. It’s a game that presents players with more “-illions” of planets and flora and fauna than I feel comfortable trying to quantify, while even exploring a single planet could take hundreds (if not thousands) of hours if you really got into it. So of course, something that absurdly huge would be impossible to turn into a board game, right? Wrong! Nothing is impossible when you have two of the most talented and celebrated euro-style board game designers working together. That’s right, Vlaada Chvátil (Galaxy Trucker, Codenames) and Uwe Rosenberg (Agricola, Le Havre), along with publisher Rio Grande Games, have announced No Man’s Sky: The Board Game – coming to Kickstarter this summer. 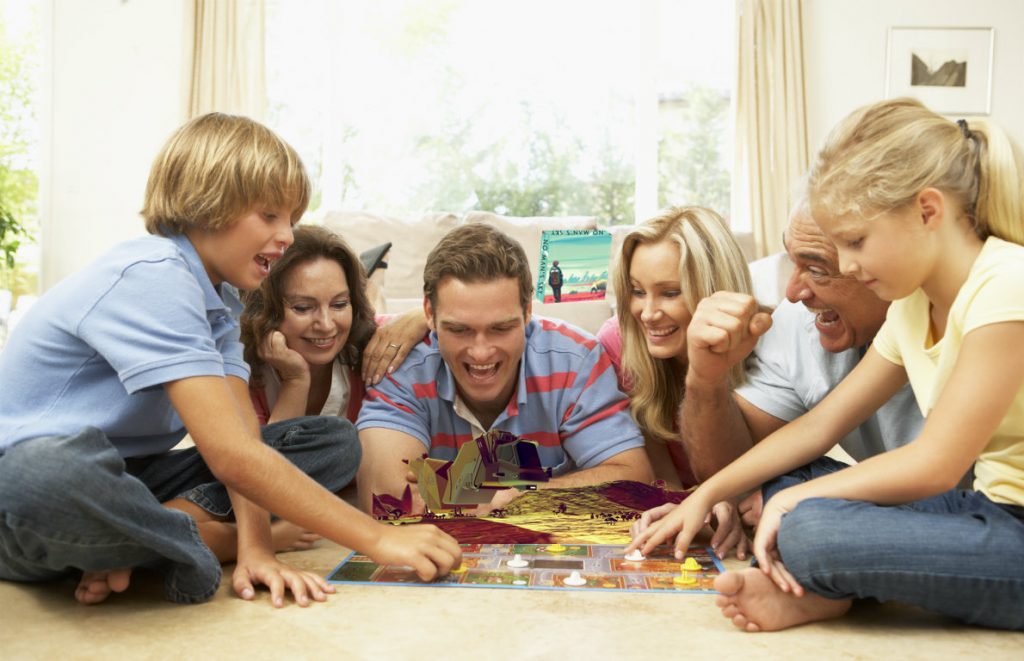 As far as we’re aware, no other board games have even come close to the sense of scope and scale that these two designers have planned for this adaptation of galactic exploration and mineral farming. To start, players will need to make hundreds of different dice rolls and consult various tables in order to figure out their starting planet’s climate, atmosphere, mineral deposits, and what types of plants and animals (if any) inhabit it. Combine that with piecing together cardboard facsimiles of these different elements from over 6,000 cardboard components and you’re looking at close to a week’s worth of prep work. It’ll all be worth it once you and your friends set out on your space-faring adventure for the first time.

Of course it doesn’t stop there. Once you’ve repaired your ship – using a set of 1/50 scale tools and a busted ship mini with real working electronics (working once you fix them, anyway), it’s off to space! Both designers have been fairly tight lipped on space travel, but they did let slip that each player will have their own miniature singularity that they can use to physically transport their tiny ship to various points on the 60’ x 60’ game board. No worries about the space time continuum, though, the game will come with special lead-lined plastic baggies for you to safely store these singularities when not in play. 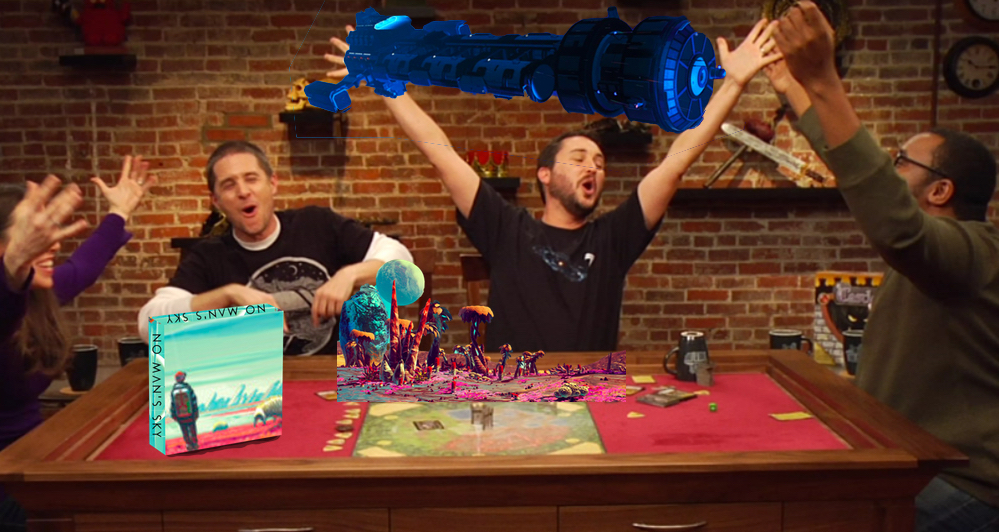 Now here’s where it gets really cool. In order to communicate with the three different alien species that inhabit the various star systems they’ll visit, players will be able to build their own Iterocitor straight out of This Island Earth!

We’ve only scratched the surface, though. No Man’s Sky: The Board Game will be a herculean undertaking to finish designing and eventually publish, and there’s still so much more that we don’t know about it. Will there be submersible vehicles? What if players want to purchase a new ship or find one crashed on another planet? Will the box be big enough to hold sleeved cards? We’ll definitely be keeping an eye on this one and will let you know more as details emerge. For now, all we can do is anxiously wait for what will undoubtedly be the board game to end all board games.