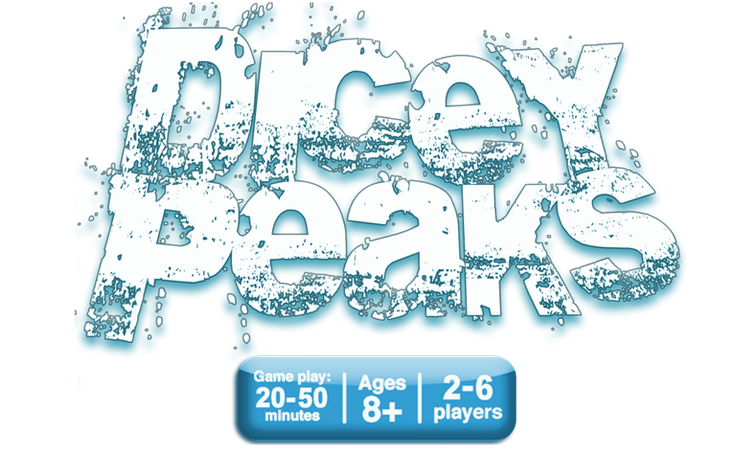 During Toy Fair this year, we took a look at Calliope Games’s new push your luck Titan game by Scott Almes: Dicey Peaks. It looks like a ton of fun. The basic idea is that the players are all attempting to climb the treacherous Yeti Mountain. 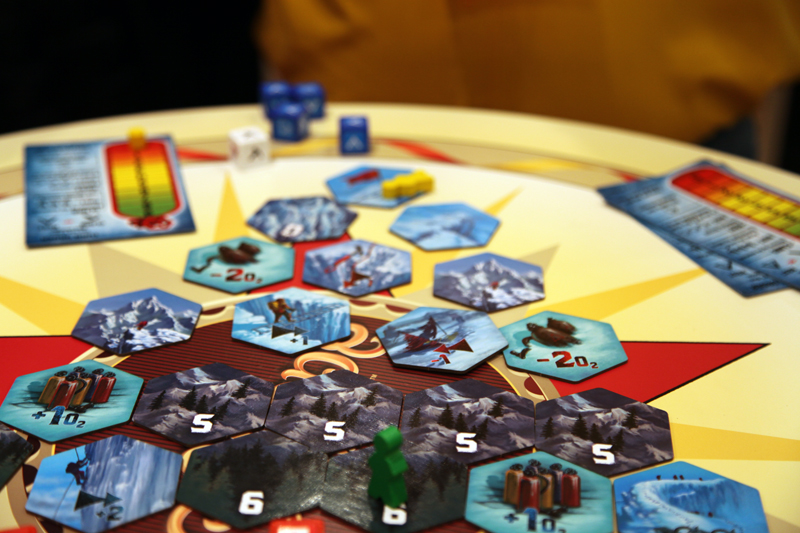 Players must roll dice advance up the slopes and if they want to be the first to reach the red flag at the peak, they’re going to have to push their luck and risk passing out from the climb or worse: encountering the Yeti.

“It’s a game that can be enjoyed by the whole family,” says Dicey Peaks designer Scott Almes, “It allows a child to “step up” to the adults’ level, instead of the adult stepping down to a kid’s level.” 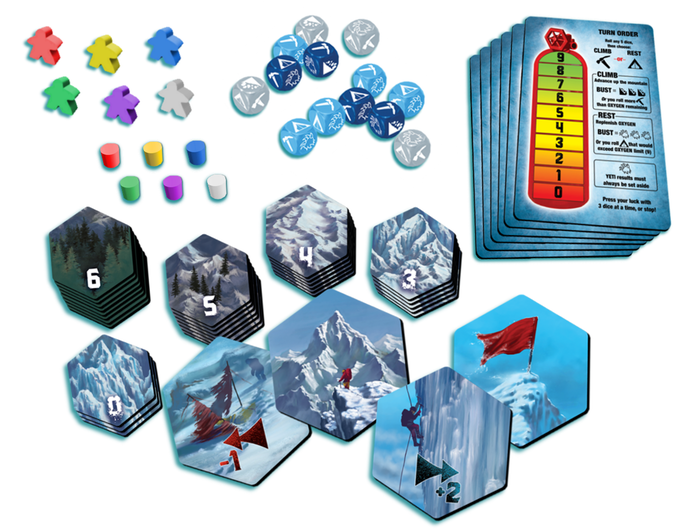 “The first time we were introduced to Dicey Peaks, we immediately loved it,” remarks Chris Leder, the Director of Fun™ at Calliope Games.  “Every turn you get to make fun choices – when to race ahead and when to play it safe – and those decisions make this an instant favorite game for all ages.  There’s real nail-biting moments every game!”

For more information on Dicey Peaks check out our Toy Fair Preview or visit the Kickstarter page. The campaign will run until  April 22, 2017 and for a pledge $26 you can get a standard edition of the game. If you pledge $36 you can get a Deluxe edition, including unique cover art, an art book, and a fun Yeti standee!