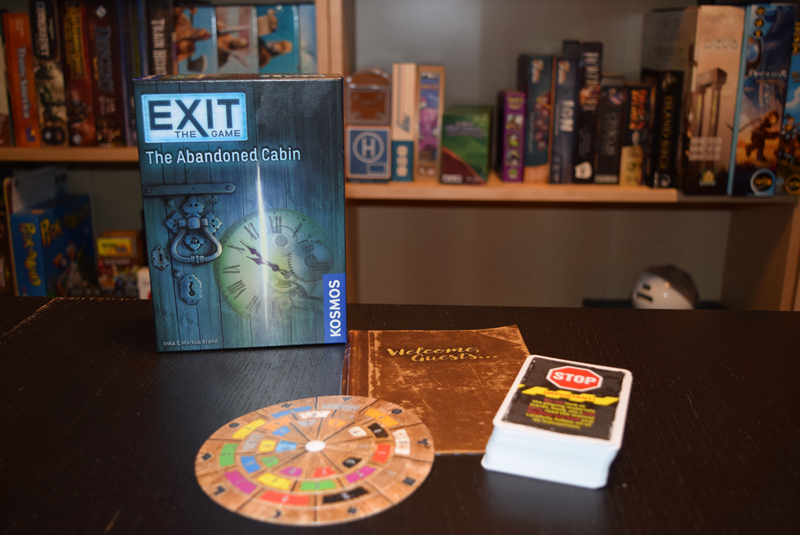 Jess: I have always wanted to play in an escape-style game. I love the idea of a group coming together to carve their way through a host of mind-bending puzzles. Finding the time to travel out to a full-on escape-style experience can be tough though, so when Thames & Kosmos gave us the chance to try out their EXIT: The Game series, I was all in!

Andrew:  Of course you were all in.  We were all all in.  Trapped, as I recall.

EXIT: The Game are single play escape-style games that you can play at home. Each game comes with pretty much everything you need to play. We tried “The Abandoned Cabin” scenario and ended up needing a pair of scissors and a pencil, but that’s it. You get a rulebook, scenario book, clue cards, a decoder, and some other useful bits. 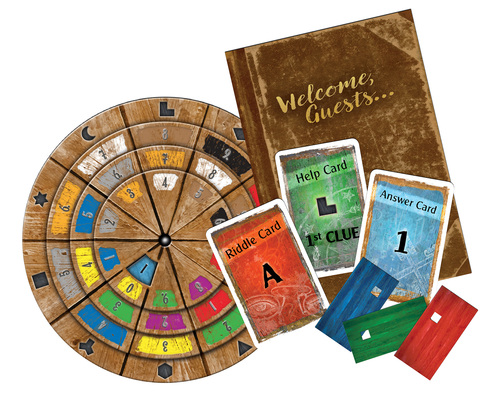 Jess:  Now I can’t talk much about the details of the game as I don’t want to spoil it for you, but I’ll give you the basics. In “The Abandoned Cabin” you and your friends are travelling when you car breaks down. Instead of staying in the safety of your car and awaiting help, you decide to travel into the dark woods in search of shelter; obviously never having seen any horror movie ever.

Andrew:  Yeah, for real.  And lo and behold, you find a cabin and get cozy. Next thing you know you are locked in with no visible way to escape. Your unseen jailer has left you some clues and a whole lot of padlocked cabinets. Your goal is to find the way out before your host returns.

The scenario book acts as the “locked room”. It contains the initial clues, map, and pictures of the cabin, that you will need to get started. There are several puzzles laid out, but some you can’t solve until you gather more information. Puzzles can be anything from cryptograms, logic, spotting hidden items, math, colors, etc… Like we said before, we don’t want to give any specifics away.

If you get stuck on a puzzle, you can use clue cards. There are a few for each puzzle and every time you draw one they give you more and more information on how to overcome the challenge until the last card which gives you the solution. You will be scared at the end of the game for how fast you solved the room and how many clue cards you needed to use. We did pretty well, earning ourselves 6 stars. 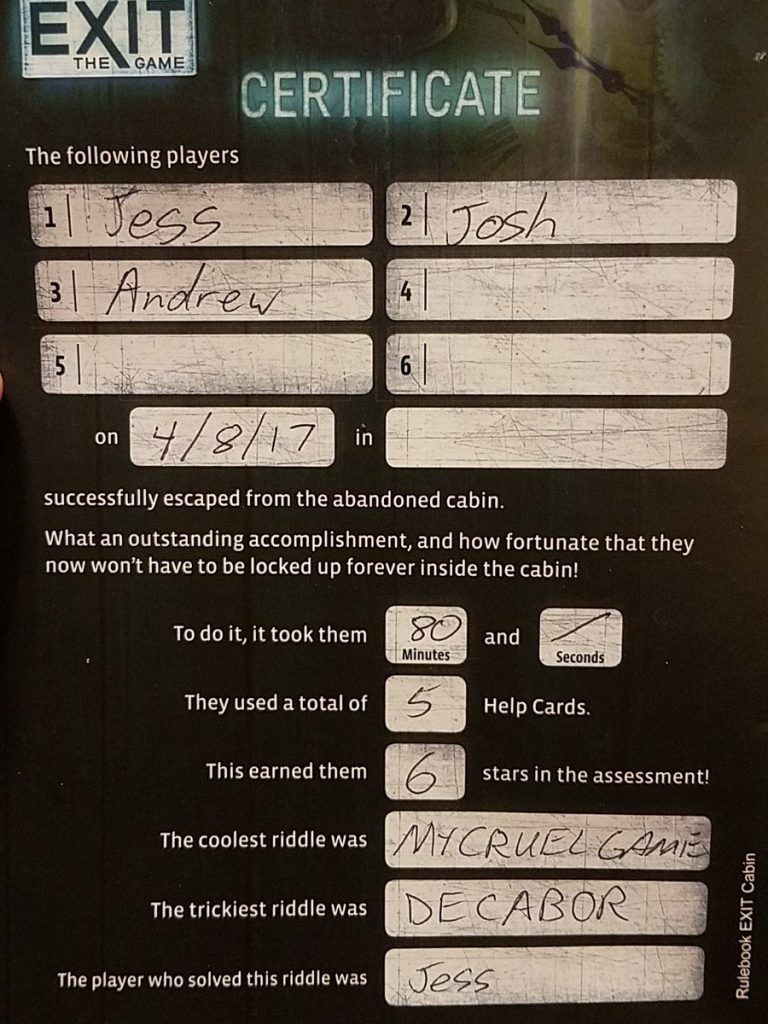 Jess:  Here’s a pro tip: Don’t be afraid to destroy components. EXIT: The Game scenarios are designed to be played only once. We ended up cutting up cards, ripping apart the guide, and drawing over everything. 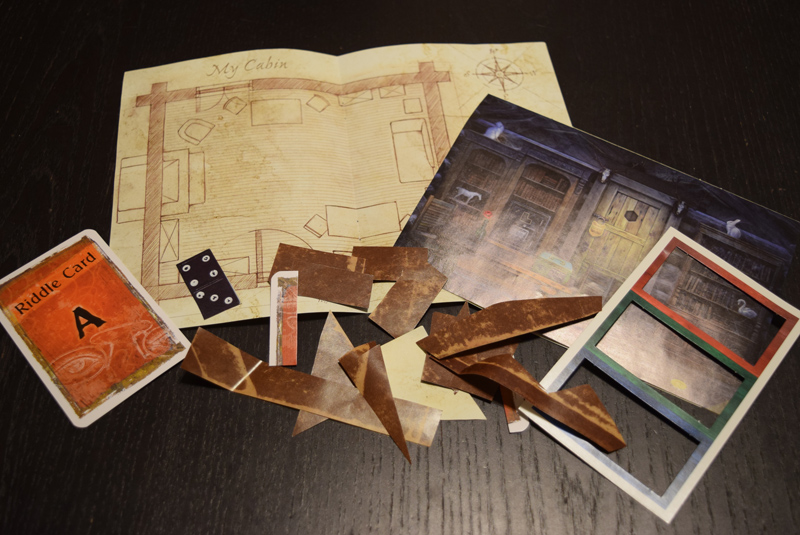 Andrew: To some, it may seem like a waste. You buy your game, wreck it, and then toss it out after only one play. Even a legacy game gets more use than that.

Josh:  But here’s the thing: Think of EXIT: The Games as low-cost events. Here is a party in a box that will keep a group of adults entertained for almost two hours at less than the cost of a pizza (at least at NYC prices).

Jess:  Yeah!  We had a blast with this game. Everyone was engaged, the puzzles were actually hard enough that we needed a few clues (at least, some of them were), and whenever we figured something out it was really satisfying.

There are currently 3 EXIT: The Games titles coming out soon, but we hope there will be many more.

(Gameosity was provided a review copy of this title.  We were not otherwise compensated.)

One thought on “Exit: The Abandoned Cabin Review”