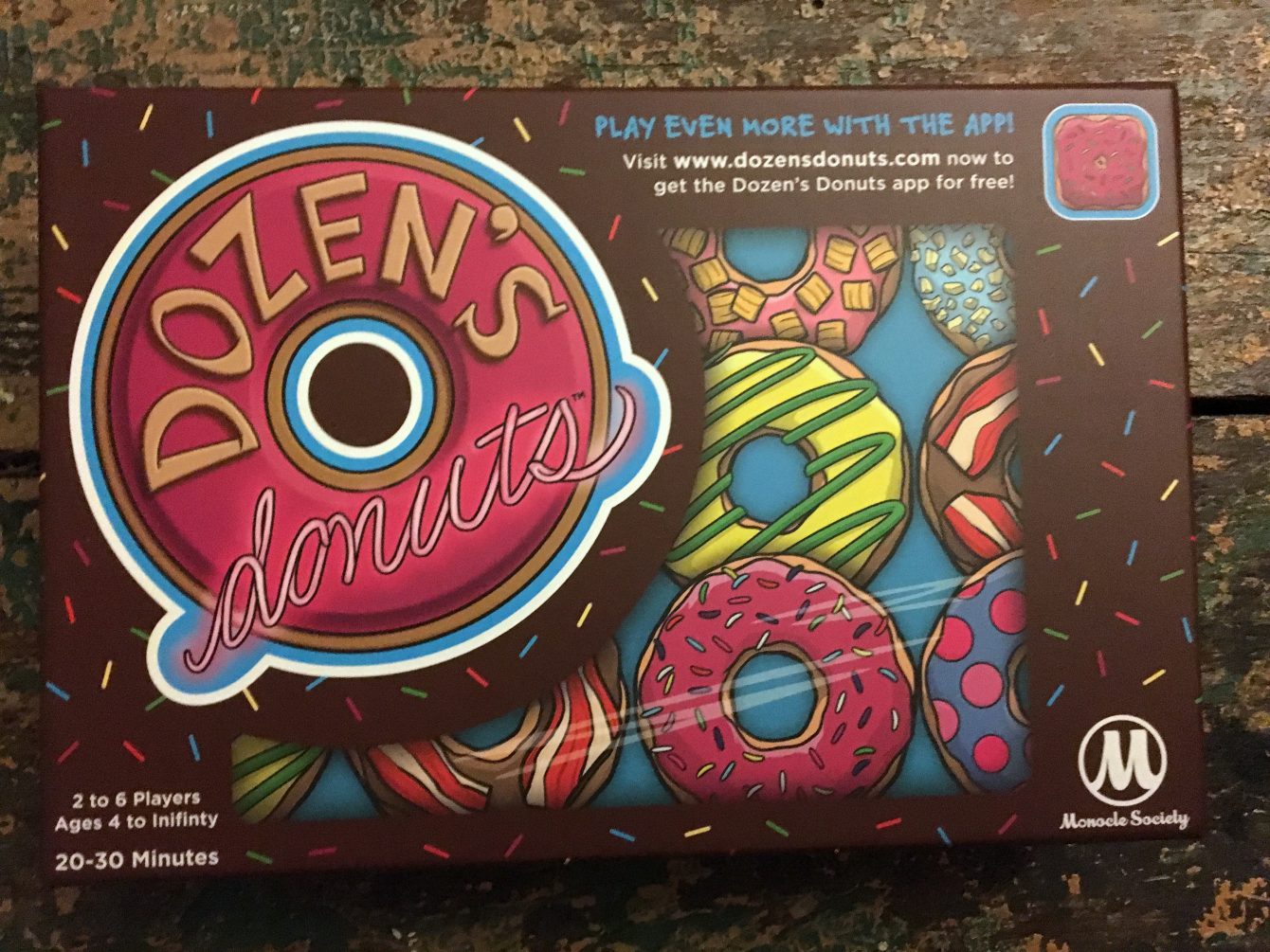 Rob: What even is this game? The rules booklet is only two pages.

Diana: Something about donuts, I guess. I dunno, let’s just get this done so we can work on the review.

Diana: Why is this game so much fun?

Dozen’s Donuts, from Monocle Society (not gonna lie, I kinda love that name), is basically a simple tile-matching memory game about donuts. Basically. Of course as with most games that are deceptively entertaining there are a few twists to the familiar formula that make it far more compelling.

Players are faced with a 4×4 grid of donuts, with the goal of flipping said donuts over in the hops of finding a matching pair. Sounds familiar, I bet. Of course it does. However, in addition to the simple act of matching pairs there are also things like turn-ending stale donuts, wild card-esque gold donuts, power-up donuts that let players draw a power-up napkin card, shifting donuts, and point bonuses for matching donuts with a specific donut token you choose during setup.

Rob: I absolutely was not expecting to find this game so enjoyable.

Diana: Me either, obviously. It’s such a simple idea but I really like how all the little extra mechanics play off of each other.

Rob: Oh I know. I love how it’s basically a memory match game but then the way you have to “shift” the donuts around whenever they’re removed from play totally complicated everything. Now you not only have to remember where you saw a given donut, but try to remember where it was moved to.

Diana: I also really liked how the power-up napkins gave us a bit more control over the card flipping. And the fact that you have to either discard power-ups or give them to other players as you get closer to winning is kind of brilliant as a way of keeping things fair.

There’s no denying that Dozen’s Donuts is a simple game, even with all the extra elements that have been added to the basic formula. However, it all comes together to make a game that’s far more enjoyable than you’re likely to expect. Obviously it’s a good match for board gaming families with young children, but even adults are likely to have a good time with it.