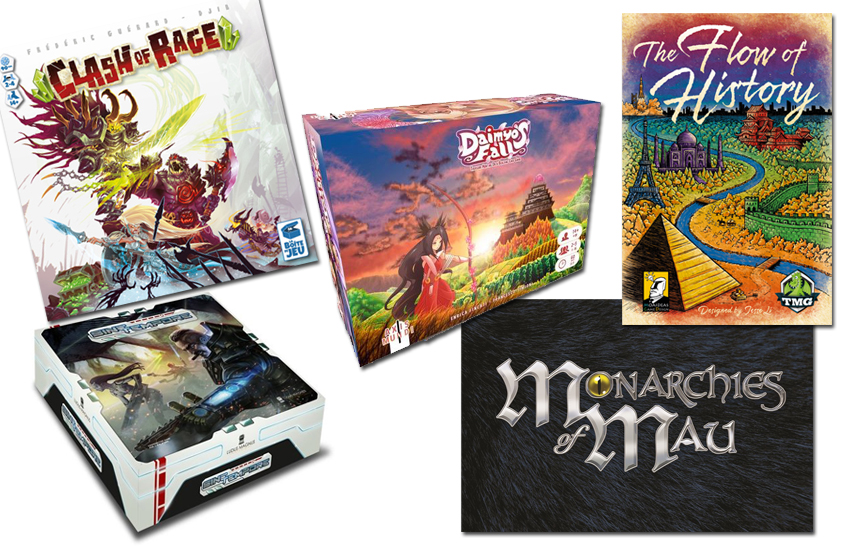 Jess: Ah Friday. The day the marks the beginning of our weekends and also the emptying of our wallets. Yep, its the Fav Five again! Let’s see what i’m looking at this week.

1. Flow of History – Deluxified and Updated

Tasty Minstrel’s Game Flow of History is a civilization building game. You will be trying to buy cards that represent innovations throughout history; from the far flung past to the future. 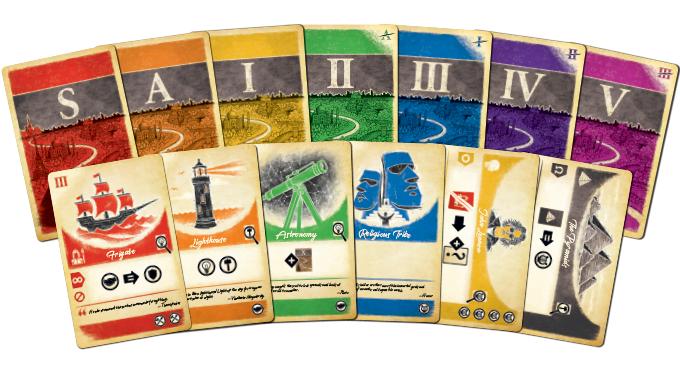 There is a little bit of Take That mechanics in the game which is something I’m usually not a big fan of. The way it works is that when trying to purchase a card a play places their pawn on it and wait until next turn to claim it. Another player may use their action to try to snipe the card and buy it out from under the other player.

This would irk me pretty bad if it were not for the fact that the game mitigates the loss with buying power.When someone snipes your card, not only do they have to pay you for it, but depending on how many trade cards you invest in, you will also get a bonus from the supply of tokens.

Flow of History looks pretty fun, despite the take thatyness and this Kickstarter offers a deluxe version of the game for $29, which is just a few bucks more than the MSRP of the normal game. You can check out the Flow of History Kickstarter here.

This deckbuilder, by Axis Mundi, is packed full of anime-style art and sensibilities. All players are trying their best to loot treasure from the daimyo’s palace. I like that the samurai and ninja you enlist to help you seem to be badass ladies who are awesome fighters and not just collectible eye-candy.

The game has a few elements going for it. On the deckbuilder side, you can sell off unwanted cards at any time making customizing your deck a lot easier. Also Daimyo’s Fall was designed with interaction in mind  so not only are you looking to build up your own deck  to get those treasures, but you will also be dueling with your opponents. You can learn more about Daimyo’s Fall on Kickstarter here. 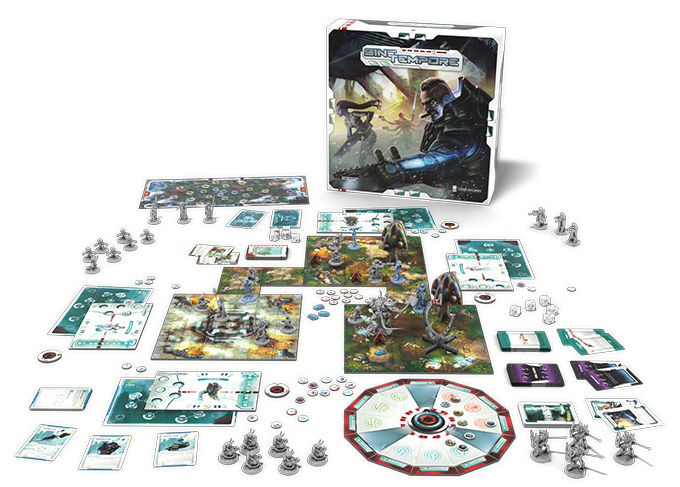 Sine Tempore, by Ludus Magnus Studio, is a co-op, sci-fi, exploration game. Each player will get 1 of the 4 heroes, which you can customize by upgrading their skills and equipment. Then you’ll explore the world playing through simple missions or unlocking narrative missions. The minis look great, it’s got custom dice, and and i like the leveling up system. Check it out for yourself on Kickstarter here!

Do you want minis? This game has a redonculous amount of minis. 70+ to be accurate. 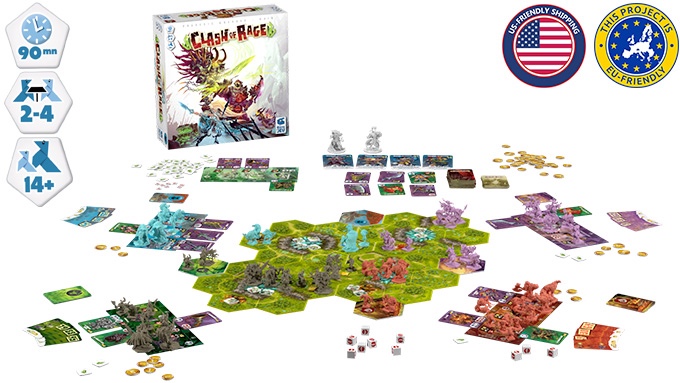 Clash of Rage, by La Boite De Jeu, is a war game for 2-4 players. Everyone plays one of 4 factions who is fed up with the condescending elves that rule this land. You’ll want to take those snooty buggers down, but you’ll probably end up battling everyone else at the same time.

You can play a random set up with the modular board or follow the campaign where you will eventually face off against Vasconis, Emperor of the Elves! The art for this one is humorous and fun and I hope that the campaign reflects that silliness.

Check out Clash of Rage on Kickstarter here.

A while back The Onyx Path released Pugmire, a RPG where everyone was…Dogs. It was a rousing success, being featured on “No Survivors” a show on Geek & Sundry. Now The Onyx Path is setting their sights on the internet’s favorite pets: Cats. 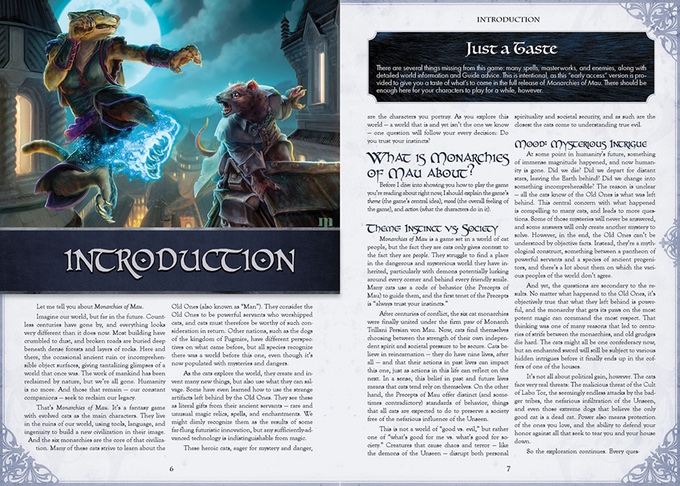 Players familiar with 5th edition D&D, then you’ll be right at home with Monarchies of Mau. The basic story is there are 6 city states that form a nation of cats. As the game is set in the far-far future of our world, not only do you can you make swash-buckling heroes but you can also discover ancient technology left by the humans.

So let me break it down for you: Its an RPG where you get to play cat adventurers.

Take a look at Monarchies of Mau on Kickstarter here.

What Kickstarter’s caught your attention this week? Let us know in the comments below!