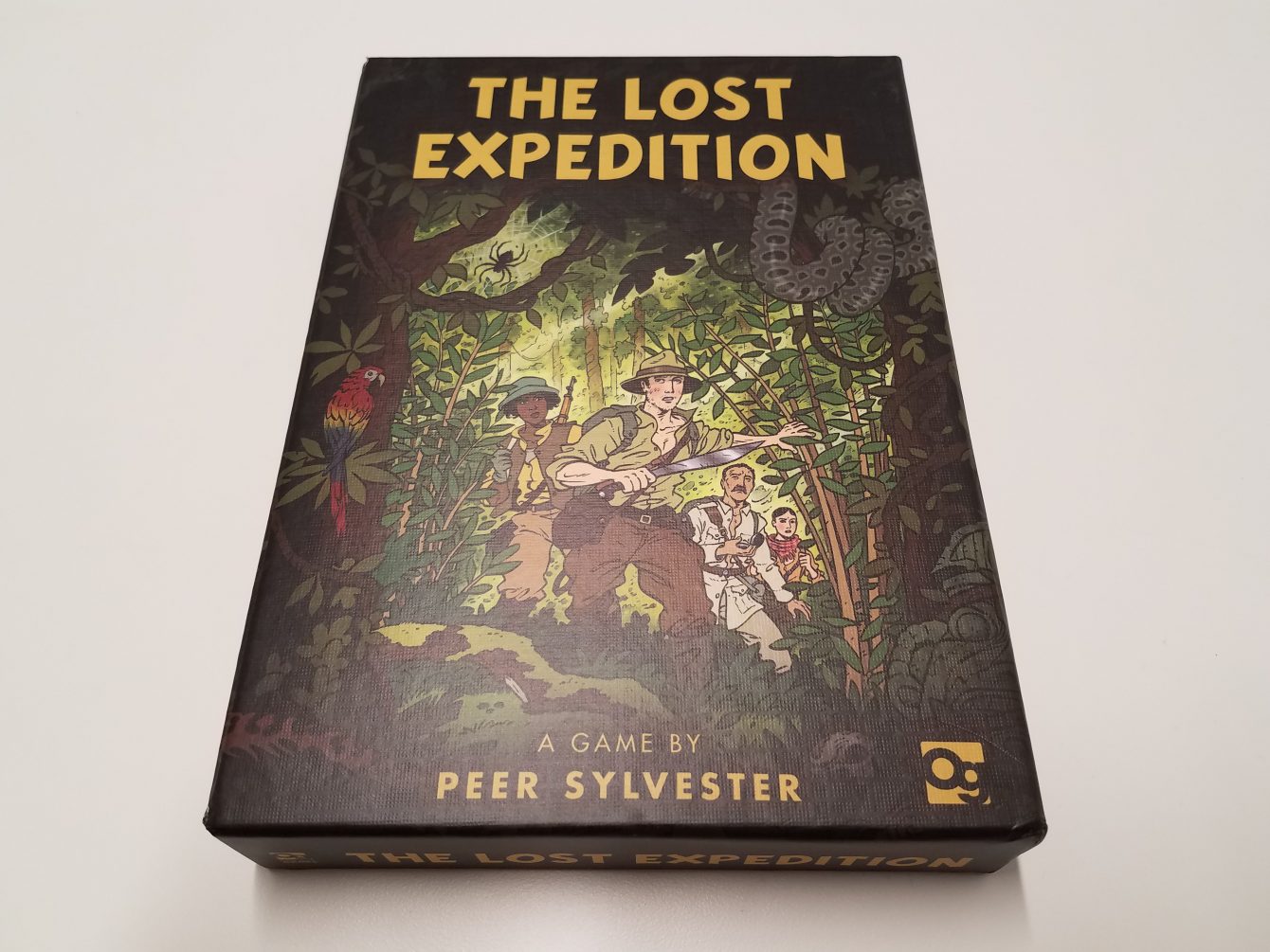 The Lost Expedition is a really fun game, if your idea of fun is falling down ravines, getting poisoned by spiders, chased by natives, and hunted by cougars.  Wrapping all its brutal choices up in simple, tight mechanics and with Osprey Games' typical polished presentation, The Lost Expedition won us over even as it murdered us all.

The jungle doesn’t like you.  It’s that simple.  It is ancient and alive and brutally dangerous, and it doesn’t like you.  And in The Lost Expedition, you and your band of brave (if lacking in survival instinct) explorers will do their best to hack, swim, climb, and (very likely) die their way through the jungle on the way to discovering the Lost City of Z.

Andrew:  Let’s meet our party, shall we?  I present Candido, Ynes, and Teddy!

Jess:  Yeeeah, let’s not get too attached.

In The Lost Expedition, your crew has one simple mission – survive their trip through the jungle in order to discover the Lost City of Z.  And to begin with, your team will be healthy, well-supplied, and enjoying life pre-leech-infestation.

Andrew:   None of that’s going to last.

Jess:  Nope!  Also, just fyi, we’re going to be focusing on the co-op game for this review, but the solo and competitive games work virtually identically (we’ll go over the differences later).

Gameplay consists of two main phases.  In the first, the round’s challenges are set – each player holds a handful of cards depicting situations that the explorers will encounter.  Each player will contribute these adventure cards, and then players will resolve those cards one by one.

Each card presents a threat or challenge, often depicting a choice between unfavorable (or, rarely, favorable) outcomes.  Adventure cards feature 3 sorts of icons, resolved from left to right as the players encounter them: 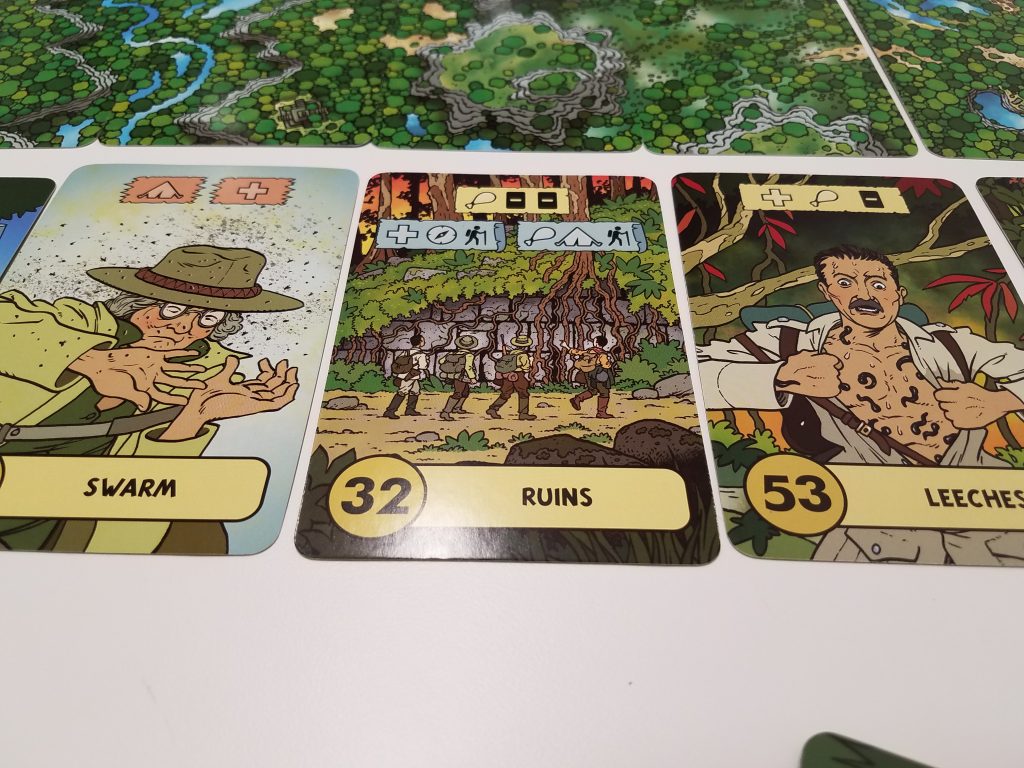 A big part of making your way through The Lost Expedition is managing your party’s resources.  These come in six flavors:

Key to The Lost Expedition are the adventure cards which allow your expedition to move forward along the jungle track.  You only win if you can manage to get at least one survivor to the Lost City of Z, and the longer you spend in the jungle, the less likely that becomes.  The strategy lies in what order you face your adventure cards (since some will give you resources while others may let you bypass challenges entirely) and how willing you are to part with your precious resources (and, occasionally, explorers) as you push forward along your uncertain path.

Andrew:  The flow of The Lost Expedition is so simple – draft the round’s challenges, resolve each one-by-one, and watch your team get slowly chewed up as the jungle consumes them.  I love it!

Jess:  Me too!  The theme is so strong here – each adventure card tells a story, and the choices you make fit the narrative so well!  Also, it’s a beast of a game and for cooperative gameplay, I really like that a lot.

The differences between co-op and solo/competitive are relatively simple.  The core of the game stays the same, but in solitaire, you will blind-draw some of the adventure cards you will face each round.  The competitive game works almost identically, but you are racing, with two teams each trying to be the first to the Lost City (or, more likely, the last team standing).

We loved The Lost Expedition; it’s presentation is great, gameplay is thematic, challenge is strong, and mechanics are polished and accessible.  It’s a game all about awful choices and tiny moments of triumph, and we think that’s grand.  Rock-solid at solo, our favorite as a co-op, and perfectly playable as a head-to-head competitive challenge, The Lost Expedition may be a dark, terrifying place, but it’s one we can’t wait to visit again.

One thought on “The Lost Expedition Review – Choose your own misadventure”