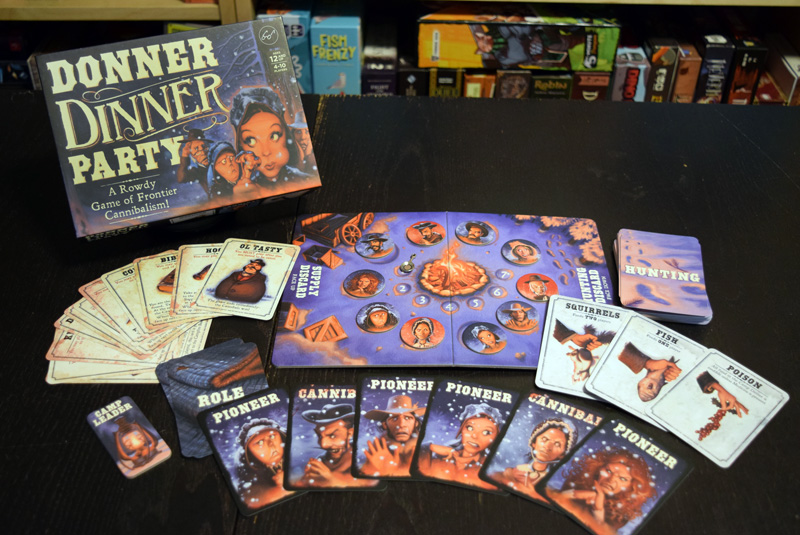 When I attended Book Expo this year I wasn’t expecting to find many games, but Chronicle Books surprised me. This book publisher has started also producing games; some predictable like trivia, tarot decks, and Cat Lady Old Maid, but then you get a more modern, hobby-level game like Donner Dinner Party. 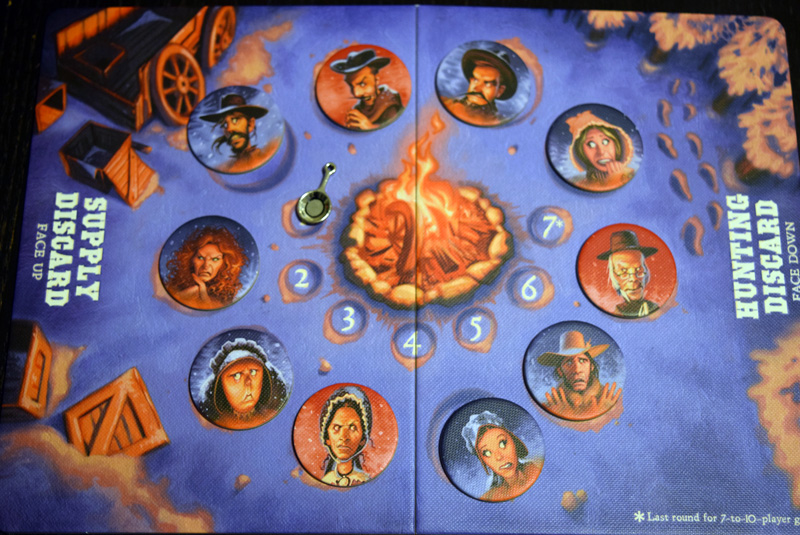 Werewolf-esque in almost every way, asdf works like this. You are the unfortunate pioneers of the Donner party, trapped in the mountains with a dwindling supply of food. You must try to survive until help arrives, but some of you may be more interested in eating each other than hunting.

There are 2 types of roles, “Cannibal” and “Pioneer”. You will add a number of cannibals to the deck of roles based on the number of players (for 4 players you have 1 cannibal, 5-6 players will have 2, etc…). 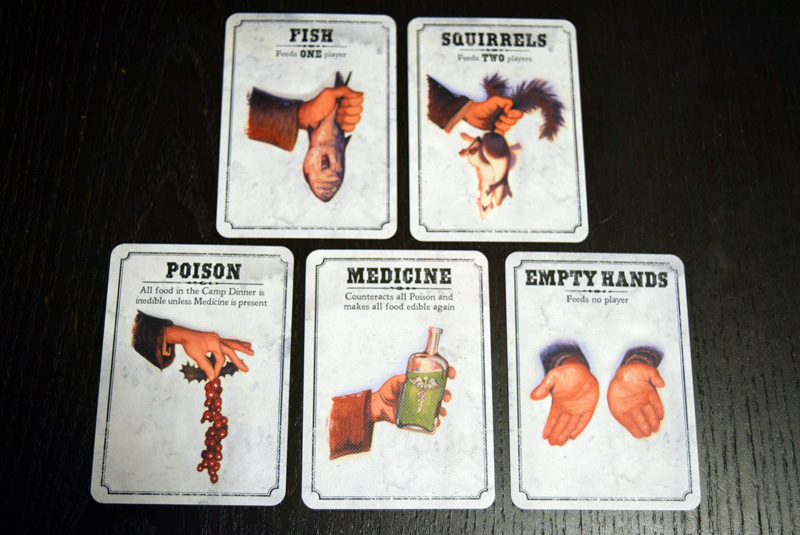 Each turn, players will be donating hunting cards to the group. There are 5 types:

As long as their is enough food for each player, no one gets eaten, but if there’s a lack of yummies or worse, someone poisons you all, then some delicious person is getting devoured.

Each player will be dealt one role that they keep secret (either Pioneer or Cannibal), as well as a one-time-use Supply card.

Corresponding character tokens will be placed on the board around the campfire. Similar to games like Werewolf, if you are a cannibal, you need to know who is on your team. In games with more than one cannibal, those players will be given a chance to secretly identify each other at the outset, so that they can work together to devour those tasty pioneers.

Every turn, the first player (camp leader) will get one card face-down that they cannot look at and deal out 3 cards to each other player. Those players can look at their own cards, but should not show them to anyone else. They will need to choose 1 card to place face down on the table. Once all players have selected which card they are donating to the group food stores, the leader chooses 1 player’s card to look at secretly.

The leader will then collect all the cards (representing that week’s hunt), shuffle them and then lay them face up for the party to see. As I said, if there is enough food, then everyone gets to live another round. If there isn’t, then the group must vote to eat someone. Everyone can state their case as to why they want to eat which player, but ultimately the group must oust someone. Suspicions between the players will keep tensions high as they try to guess who is telling the truth and who is sizing them up for dinner. 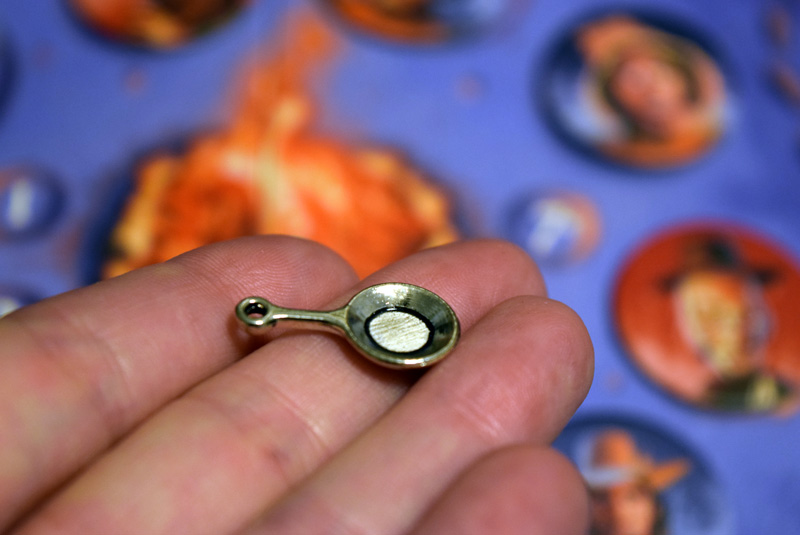 You will have a set amount of turns before you are rescued. During play cannibals will seek to convince the party to eat other players, possibly by sabotaging the food supply or simply contributing so little as to force the group to eat a player. If the number of cannibals ever equals or exceeds the number of pioneers, the cannibals win. If he pioneers eat all the cannibals or survive long enough to be rescued they win.

Andrew:  I found it really odd that one of the victory conditions for the Pioneers is to eat all the Cannibals. I mean, at that point, have not the Pioneers become the Cannibals?  Makes you wonder.  I’m not sure about what, precisely, but, yeah…

There are also some optional rules which allow you to play with ghosts. If a player gets eaten, then they flip their character tile over to the ghost side.

Now they can no longer communicate with words and instead can make ghost sounds and during a vote they may place their ghost in front of any player and yell Boo! That players character gets scared and runs off into the woods, thus nullifying their vote that round. The ghost can only do this once and are then permanently out of the game.

Jess: Player elimination is one of our least favorite mechanics, so it was a little doomed from the start (not unlike the Donner party themselves); that said, there are enough interesting takes on the game style to make Donner Dinner Party stand out. I like that the game gives you a bit more to base your accusations and votes on than a game like Werewolf. I rag on Werewolf because it is the quintessential example of this kind of game and its rules-light gameplay leaves you feeling like each lynching is kind of arbitrary. Sure in Donner Dinner Party, people may lie their way out of being eaten, but every time you’re the leader, you get a little more information on your compatriots and you always have the option of using your supply card to shake things up.

Andrew:  For me the game is passable. I like use of a Dead of Winter-esque card resolution, but ultimately, Donner Dinner Party didn’t innovate on the core formula that much. The supply cards are a neat addition, giving each player a little variety, and the presentation was nice. If you are, for whatever reason, tired of werewolves, Donner Dinner Party is a fine option.

Jess: Donner Dinner Party might not be our cup of tea (or slice of human pie), but it’s well put together and a nice addition to the social deduction party game genre.