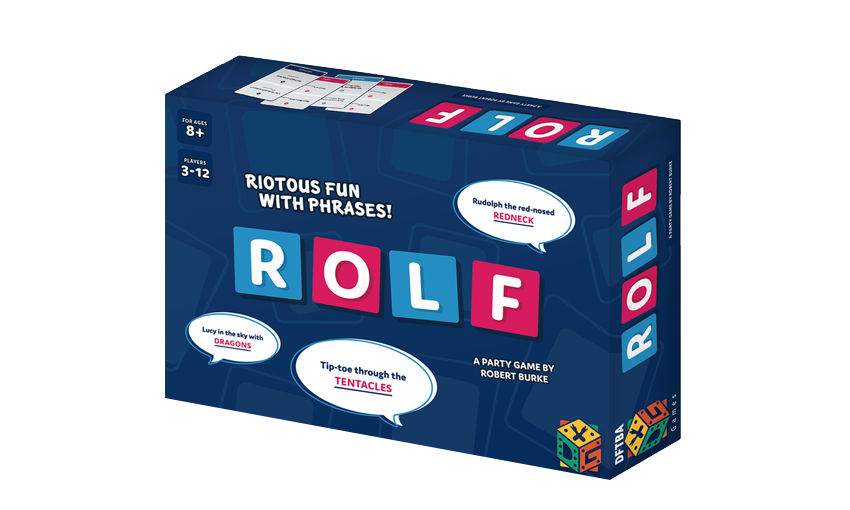 Rolf is a quick and simple-to-learn party game designed by Robert Burke and co-published with Hank Green’s company, Don’t Forget to be Awesome Games (DFTBA Games).

Jess: Ok, can I just geek out for a minute here? Hank Green is publishing a game??? I love his Youtube shows. I am so in! 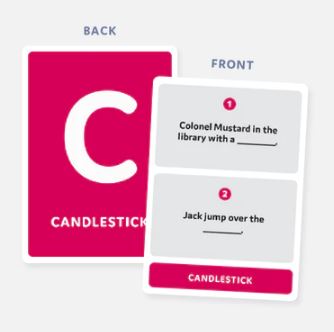 The basic idea of the game is one player will act as the “judge” and read a phrase from a card. The other players must quickly finish the phrase with a word starting with the letter listed on the back of the card (without using the correct word for the phrase). If you say the correct word, you can’t win the round and you lose 1 point.

Hilarity ensues and the judge picks their favorite answer. That person gets a point and the player to the left of the judge becomes the next judge. Play continues until each player has been judge twice and then whoever earned the most points wins!

Jess: The game looks fun and is a Party-Judging game without (thankfully) being a recycled Cards Against Humanity clone. I’m particularly excited by the Board Games expansion. Now if I can just get Hank to play Rolf with me…

You can get a copy of Rolf on Kickstarter here!